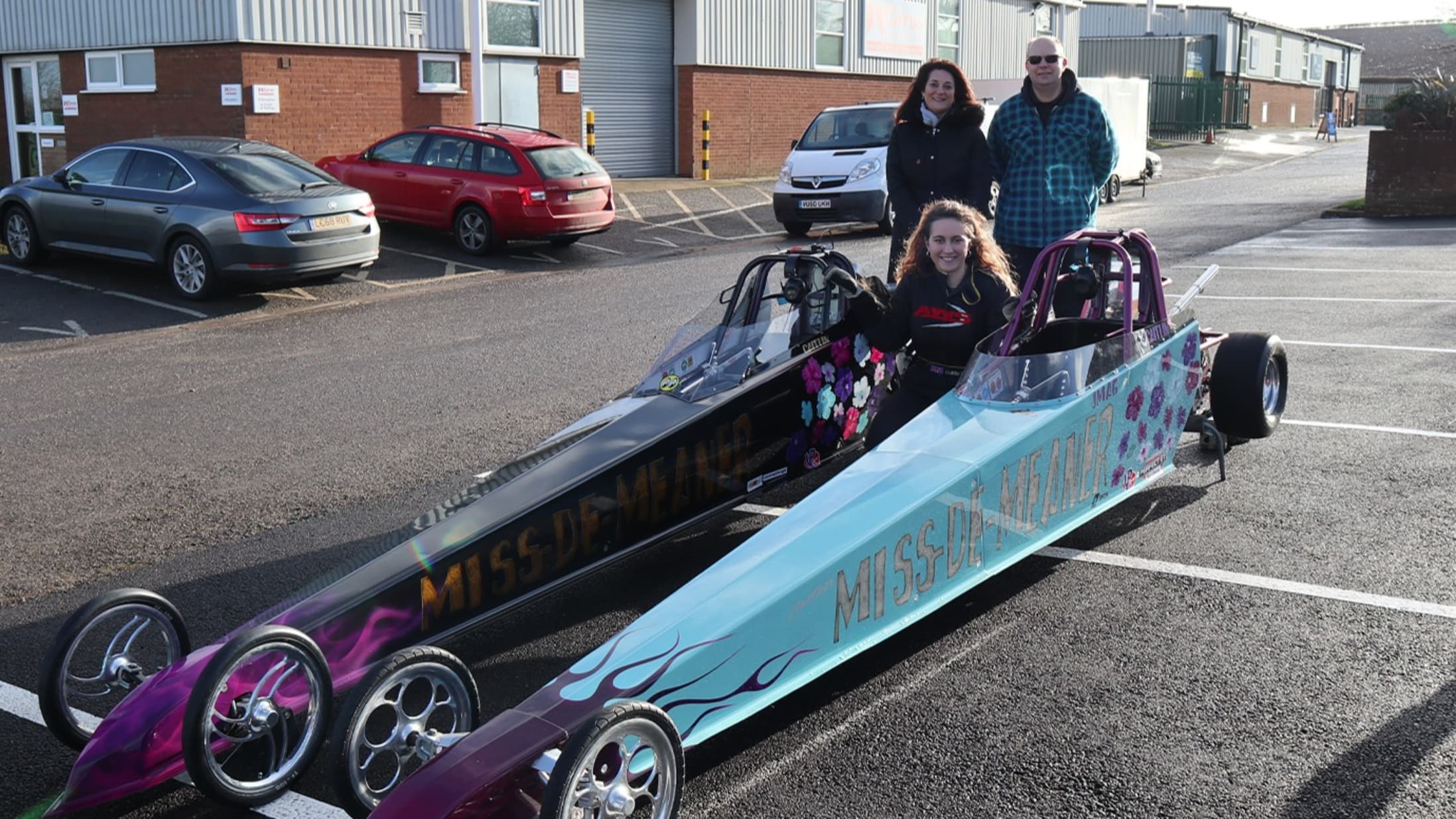 Not Every Day’s a Grag!

Cirrus Research recently welcomed the Wilson family to our headquarters in Hunmanby to help them with a very particular noise problem; they needed to ensure that their junior dragster conformed to Motorsport UK noise guidelines, and they reached out to us to help them. In this case study, we look at the backstory of the Wilson family and explain how we were able to measure the noise levels of a drag racer, demonstrating our adaptability and suitability to monitoring motorsport noise.

Racing enthusiasts Rachel and Duncan Wilson met, married and spent many of their early years together racing in one form or another. Little did they know that when they decided to settle down and start a family, their racing legacy was going to be passed on to the next generation of Wilsons within a matter of years. Rachel and Duncan met when they raced VW Beetles and their two girls – Morgan and Caitlin – pretty much grew up on the start line.

By the time Morgan was ten, she had already made up her mind her that drag racing was the sport for her. Wanting to make sure it was what she really wanted to do, her parents organised a trial day – by the end of the first run and after reaching speeds of up to 45mph, she was hooked. Caitlin followed in her big sister’s footsteps and starting racing at the age of eight, the earliest age she was allowed to.

Fast forward more than a decade and both Morgan and Caitlin have made a name for themselves nationally and internationally in junior dragsters, where they reach speeds of up to 85mph in under eight seconds. However, racing comes at a price – figuratively and literally – with health and safety paramount both on and around the track. In particular, noise pollution has become much more of an issue over recent years with standards being scrutinised and tightened at every turn.

An image of junior drag racing champion, Caitlin Wilson, checking the status of her drag racer.

Junior drag racing champion Caitlin Wilson, checking on her dragster before she fired it up.

Rachel explained: “Our daughters have raced junior dragsters since they were 8 and 10. We are governed by Motorsport UK and have yearly competition licences. Santa Pod raceway in Northamptonshire is now the only sanctioned track in the UK but we also take the cars to the Hockenheimring in Germany every August to race at the Nitrolympix; this is the largest drag racing meeting in Europe, in front of approx. 80,000 spectators with competitors from all over Europe and Scandinavia.

As well as being leading names in the international drag racing circuit, the girls are also involved in the Dare To Be Different project, which is spearheaded by Suzie Wolff, ex Williams Formula One test/reserve driver. This project aims to encourage and inspire girls into all aspects of motorsport; from engineering, strategists and mechanics, right the way through to pushing for the world’s first female Formula One driver.

It is hoped the girls’ hard work and dedication will leave a lasting legacy, not only in their chosen sport, but in the wider world of motor engineering.

“Our eldest daughter Morgan won in 2017, and Caitlin came second in 2016 and fourth in 2018. Caitlin is also the Lucas Oil National Champion for 2018, beating 32 other competitors so they have both done incredibly well. It is a crazy life we lead but we love it and wouldn’t change anything.

“As with all forms of motorsport, noise is becoming an increasing factor and all of the sportsman classes in our sport are governed by noise limits, but this year is the first that the governing body is taking these more seriously and insisting that silencers be used if cars are above the limit for the class.”

“Our junior cars are half the size of the top fuel dragsters driven by adults but they can reach speeds of 85mph and have methanol engines so they are noisy. We have to be within a 113-decibel limit in a static test, and that’s why we have asked Cirrus Research to help us out.”

We’re working with the Wilson family to get the most accurate noise measurements on the girls’ dragsters, to see if they are under the noise limits laid down by their governing body. Over the 113dB limit and the family will have to look at various ways to limit the noise output from the racers, such as using silencers or other noise-limiting devices, which can reduce the horsepower of the single cylinder engine.

As drag races can be won or lost by 0.001 seconds, accuracy is absolutely vital and it’s essential to ensure that the harmony between the engine and the clutch is maintained. Any drop in horsepower could result in a narrow defeat for the girls.

An image of the Cirrus Research Optimus+ Green sound level meter measuring the noise levels of a drag racer.

The new Optimus+ Green was used to measure the noise levels of the dragster.

Speaking of why Cirrus was chosen to help the girls, Rachel added: “It’s important that we have the most accurate information to work with so we can make informed decisions about how we address any issues that arise from the tests”.

The tests were carried out by Cirrus expert Jonathan Phillips. The initial test on the unmodified exhaust/engine came in at 126.2dB(A), which as I was standing only a few meters away from the car, I can firmly say was incredibly loud. Thankfully the full extent of the noise was muffled by the earplugs I and everyone involved were wearing; Caitlin was, in fact, wearing industrial ear defenders.

Further tests with an improvised noise suppression device attached to the exhaust at maximum revs, brought the noise levels down to 120.9dB(A), but this was still several decibels over the 113dB limit the Wilsons were trying to meet. Despite the fact that the dragster was still over the prescribed noise limit with the improvised noise-reduction device fitted, we were able to highlight the issue so that the family may begin work on finding a new solution to the problem. Surprisingly, there isn’t a product available to buy for the purpose of reducing the noise levels of a drag racer, so you have to wonder just what on earth the family can do to help alleviate the problem.

And it’s not as simple as just finding a solution, as Rachel explained:

“Any modifications we make means that we lose the data we had on the previous engine – track conditions, temperature fluctuations – so that takes us back to square one, it’s not ideal but at least we know now what we are dealing with.”

We’ll be watching the Wilson sisters with great anticipation and hope to work with the family again in the future, to make sure their drag racers are compliant with Motorsport UK’s noise regulations.

As an industry leader, all of its products are manufactured in the UK and are used in a wide range of different applications within the construction, transport, aviation, manufacturing and leisure & sport sectors.

Cirrus is part of the British Safety Industry Federation’s Registered Safety Supplier Scheme, identifying its organisation and products as ‘genuine and safe’, assuring customers that the products supplied are genuine, properly tested and certificated. Cirrus Research is an ISO 9001:2008 and ISO 14001:2004 Registered Company. 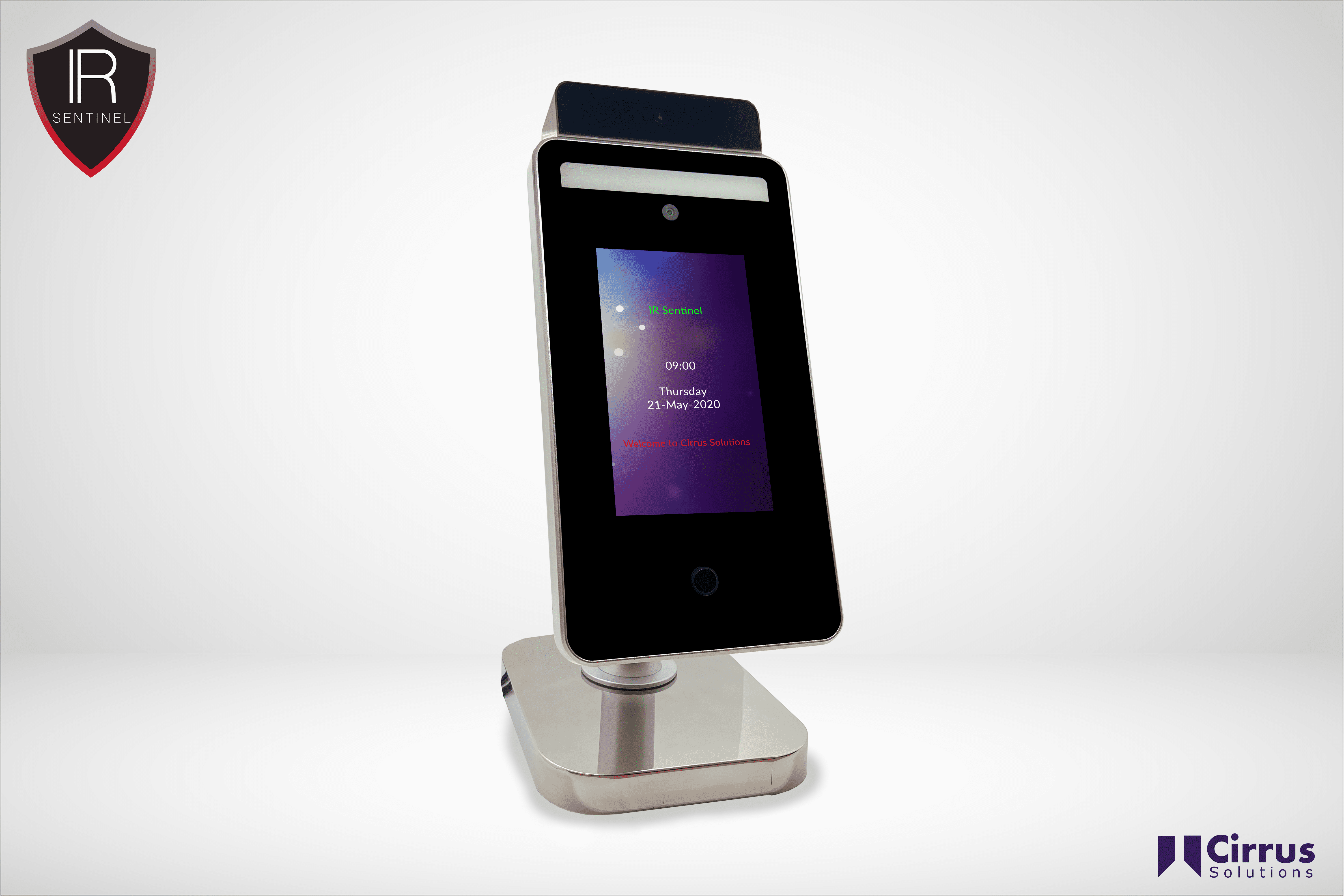 Cirrus Research is Taking Sound to the Cloud with its New Noise Monitoring Solution, Quantum

Not Every Day’s a Grag! 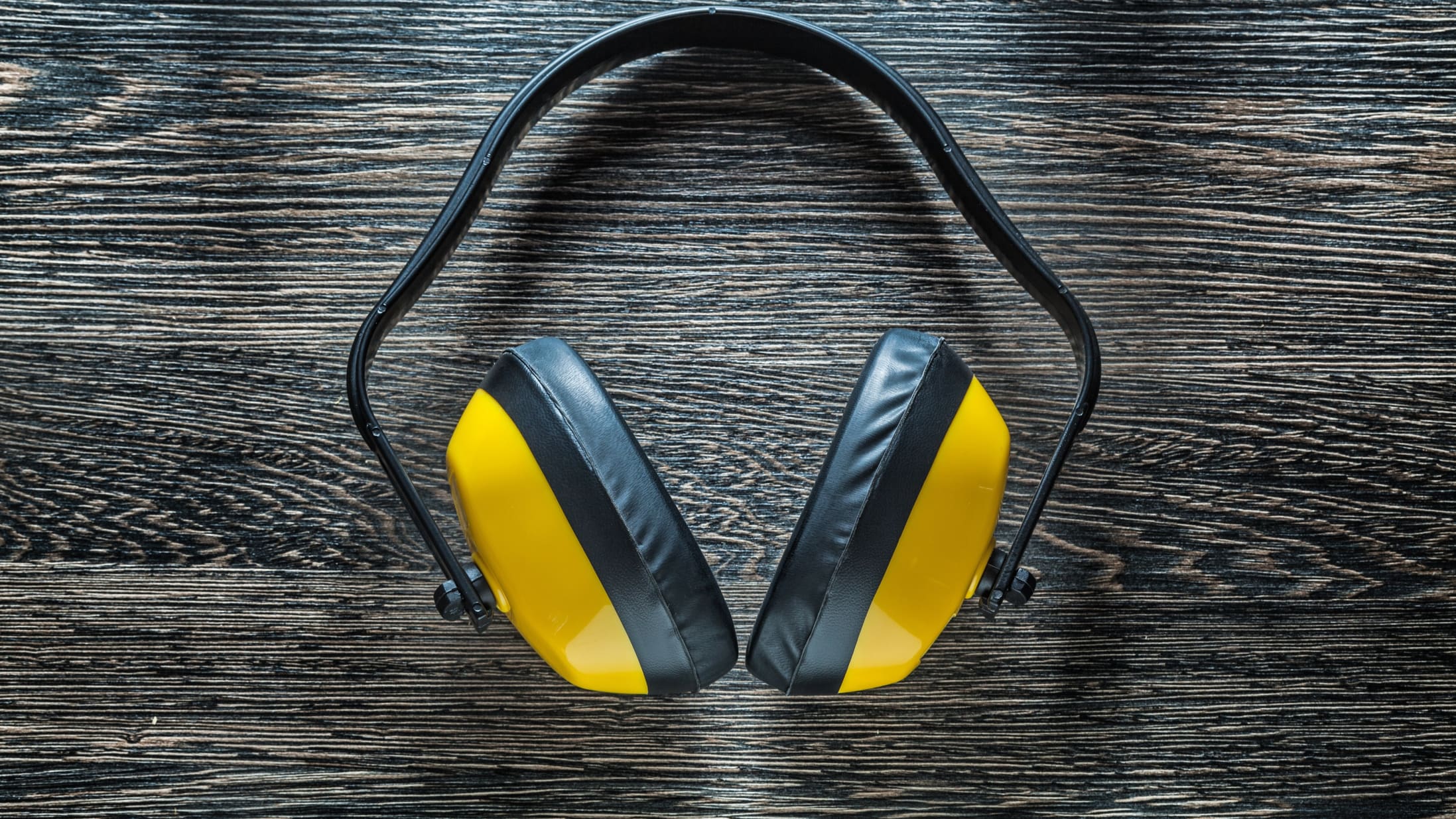