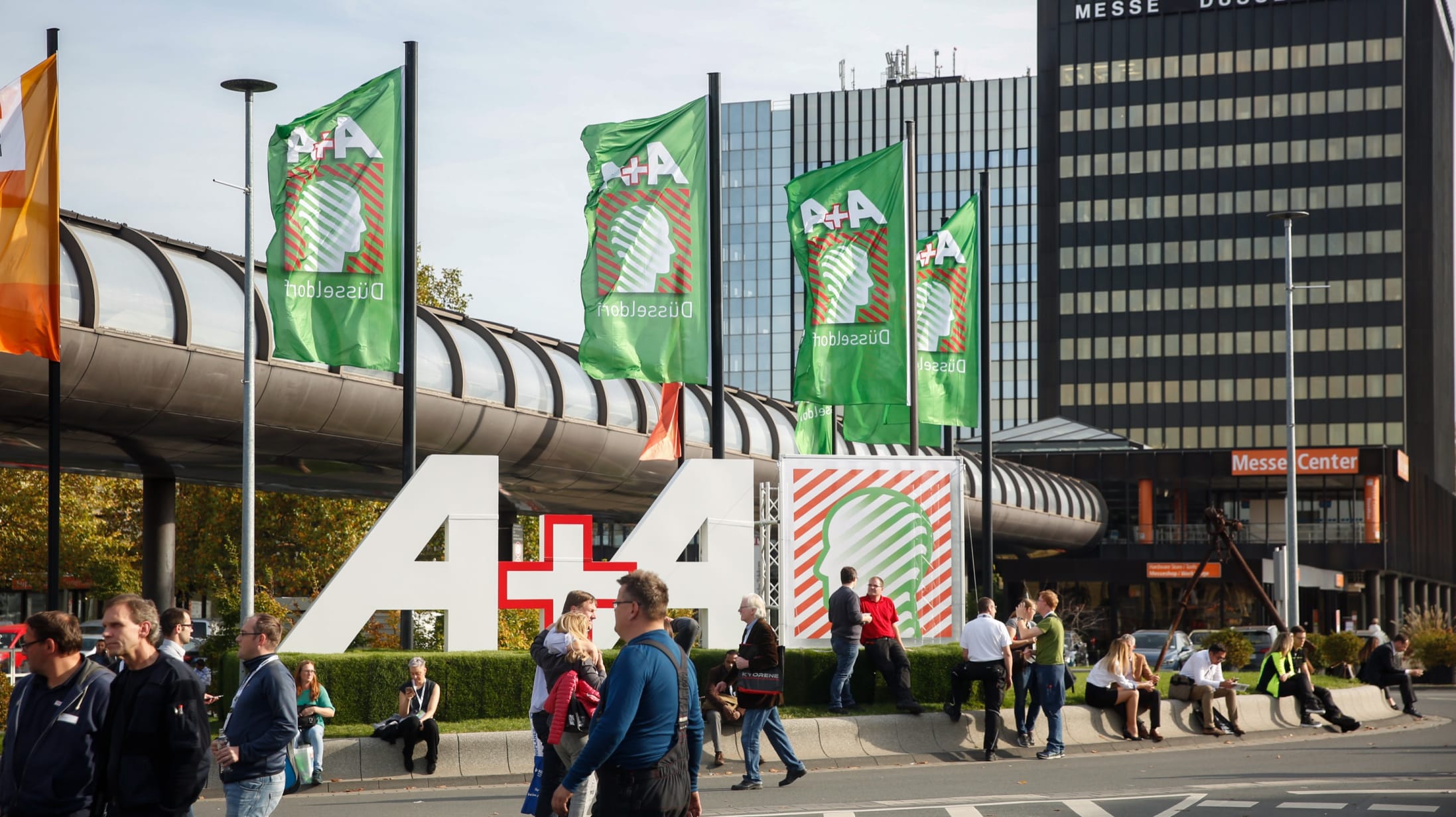 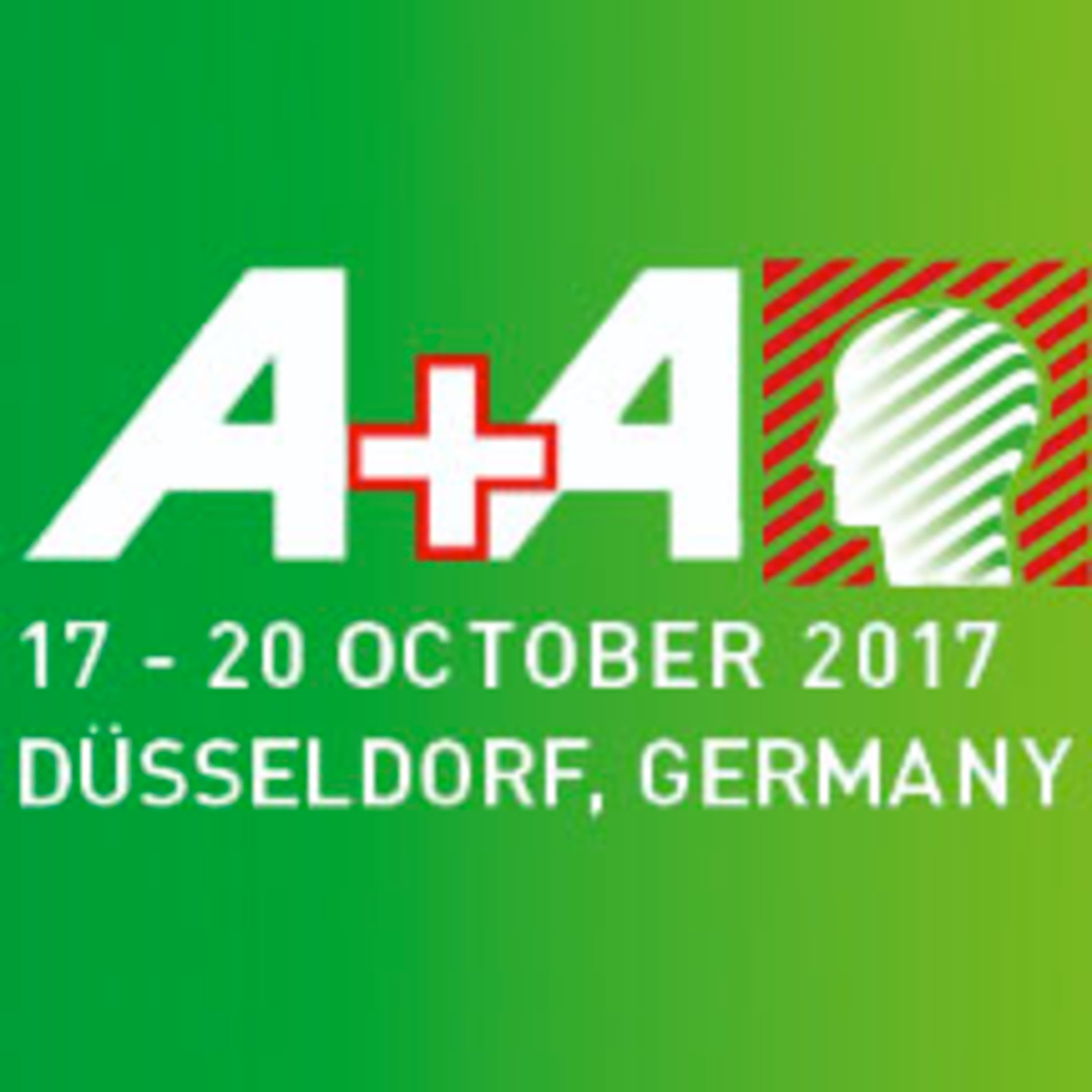 People matter – now more than ever. This is underscored by the huge interest taken by exhibitors in the run-up to A+A 2017, once again allowing the world’s leading trade fair for safety, security and health at work held from 17 to 20 October to post top marks. A total of 1,930 exhibitors from 63 nations and over 67,000 trade visitors came to the world’s largest trade fair for this industry in Düsseldorf.

This means that this year A+A – together with the International Congress for Occupational Safety and Occupational Medicine – very much underlined the huge importance of health and safety at the workplace.

Investing in the health of employees pays off. It helps to ensure the performance of the workforce and increase productivity. It is all the more important to foster a holistic approach to prevention that takes all aspects of occupational health management, safety and workplace design into consideration. “Here the A+A, as the world’s leading trade fair for safety and healthy, joins forces with its partners,” sums up Messe Düsseldorf Managing Director Joachim Schäfer. “Digitalisation is no longer just something for the future and has now penetrated virtually all areas of life and work – likewise the Internet of Things that now networks billions of things together worldwide. It is fabulous that A+A is not just a stage for new technologies but is now also being seen globally as a bridgehead between the past and the future of our world of work.”

Bigger and More International than Ever: Top Marks across all Disciplines

Organisers and exhibitors alike were satisfied with how A+A 2017 went. The 31st edition of A+A held from 17 to 20 October attracted more than 67,000 trade visitors (2015: 65,000) to Düsseldorf who gathered information from the 1,931 exhibitors from 63 nation on the latest trends in the fields of occupational safety, promotion of health at work and security management in nine trade fair halls occupying for the first time 70,733 m2. At 40% the proportion of international visitors who came from over 100 nations also exceeded the share recorded at the previous event. “A+A is continually growing and underlines at all levels its relevance for the sector as the world’s leading trade fair and congress event,” says Messe Düsseldorf Managing Director Joachim Schäfer delighting at the excellent mood over the past four days and summing up talks with exhibitors and international delegations as follows: “We are proud to have been able to send out across the entire world strong signals to the markets and key impulses for political debate.” Against this backdrop the new look of A+A and the focus on what matters not just in the world of work have proven their worth: people.

Platform for Innovations and Investment

“People matter – what an apt statement,” sums up Klaus Bornack, President of the Trade Fair Advisory Board and Managing Director of Bornack GmbH & Co. KG. “A great A+A once again moved the sector with many innovative products, even more exhibitors from all specialist fields and, in turn, a rising number of very interested trade visitors from home and abroad with specific technical queries and a great deal of interest. This is confirmation that PPE is a growth market and that A+A is a leading international marketplace for safety at work.”

No. 1 International Event for Workwear

The good investment climate as well as the interest from trade visitors in high-quality personal protective equipment and protective workwear was confirmed by a current study conducted on the German market for personal protective equipment that was published during A+A 2017 by market research firm macrom. This study showed that the volume of the entire German PPE market grew between 2014 and 2016 by 9.2% to a total of Euro 1.97b. Leading here with the largest market share is protective workwear that is increasingly also being worn in the private sphere. Commenting on this Birgit Horn, Director A+A 2017, said: “While protective workwear in the past was generally uncomfortable and not particularly fashionable, staff today are fairly willing to show themselves in public wearing this clothing. Thanks to the development of high-tech clothing in the sports and outdoor sectors people no longer have to deprive themselves of top design and optimum performance. This was also confirmed by the over 200 Corporate Fashion exhibitors and rounded off by newly designed fashion shows.

The Future of Work is Now

From smart skin sensors and the measuring of vital parameters to back-friendly exoskeletons and smart fleet management, data glasses and sensor-controlled fall protection: the future of work is now. This was made clear not just by the new A+A Highlight Route. Across the halls renowned exhibitors like 3M, BORNACK, Honeywell, Uvex or the Institute for Occupational Safety and Health of the German Social Accident Insurance (Institut für Arbeitsschutz der Deutschen Gesetzlichen Unfallversicherung – IFA) presented highlights focussing on “Smart PPE”, “Digitalisation of Work” and “Digital Applications and Solutions” – from the prototype to the mass-produced product. Also addressed were such aspects as the urgently required reorganisation of work processes for the ageing population or the new demands on the world of work from the younger generation.”

At the Highest Specialist Level: The A+A Congress

Also enjoying great acclaim was the International Congress for Occupational Safety and Occupational Medicine that is traditionally organised by the Federal Association for Occupational Safety and Health (Bundesarbeitsgemeinschaft für Sicherheit und Gesundheit bei der Arbeit e.V. – Basi). “We had a very exciting A+A congress,” was the verdict of Basi Managing Director Bruno Zwingmann. “For the first time we were able to welcome to the congress new groups of people interested in occupational safety – for instance, representatives of the severely handicapped who also discussed the founding of an umbrella association at the congress.” Over the four days of the trade fair a total of some 5,000 congress delegates streamed into CCD Congress Center Düsseldorf Süd to gather information on the varied range of topics on offers. The 60 focal series dealt with such topics as production operations in the location of Germany with ageing workforces, positive aspects of digitalisation and mental stress with a focus on small businesses and their working conditions. The top events included one focusing on the “Fighting Cancer at the Workplace”. The A+A Congress was accompanied by the conference of the International Labour Organisation (ILO) and the International Social Security Association (ISSA) attended by top ranking figures.

As the most important sectoral platform worldwide for personal protective equipment and protective workwear A+A once again this year showcased everything revolving around modern firefighters protective clothing as well as the entire spectrum of personal protective equipment for firefighters: be this head, eye, body, hand, foot, ear, breathing or rope protection. Also on display were the preventative measures and concepts that can help to prevent accidents, major disasters and rescue missions and how firefighters are trained in realistic conditions in real fires.

Further information on A+A can be accessed online at www.aplusa.de. 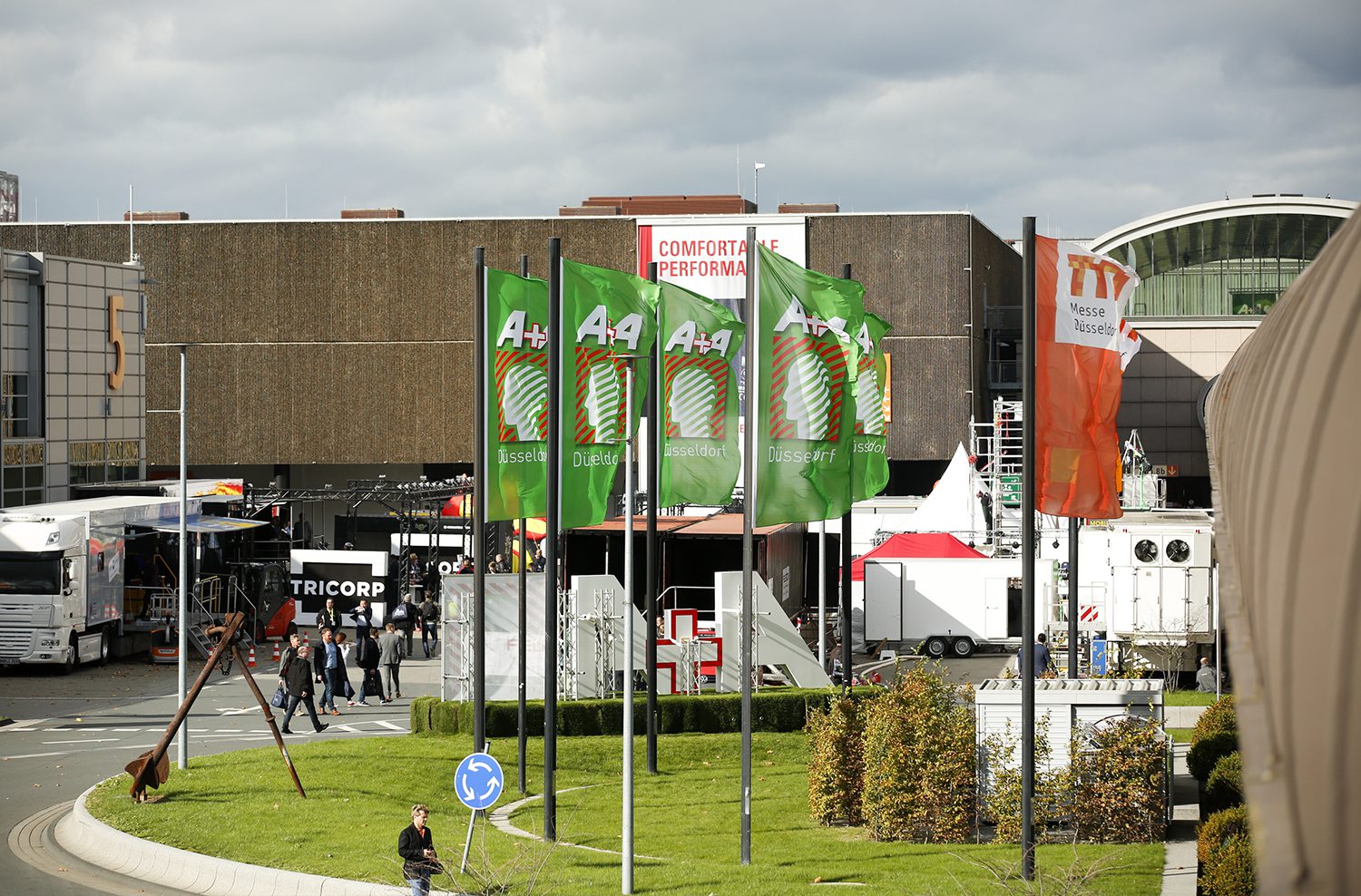 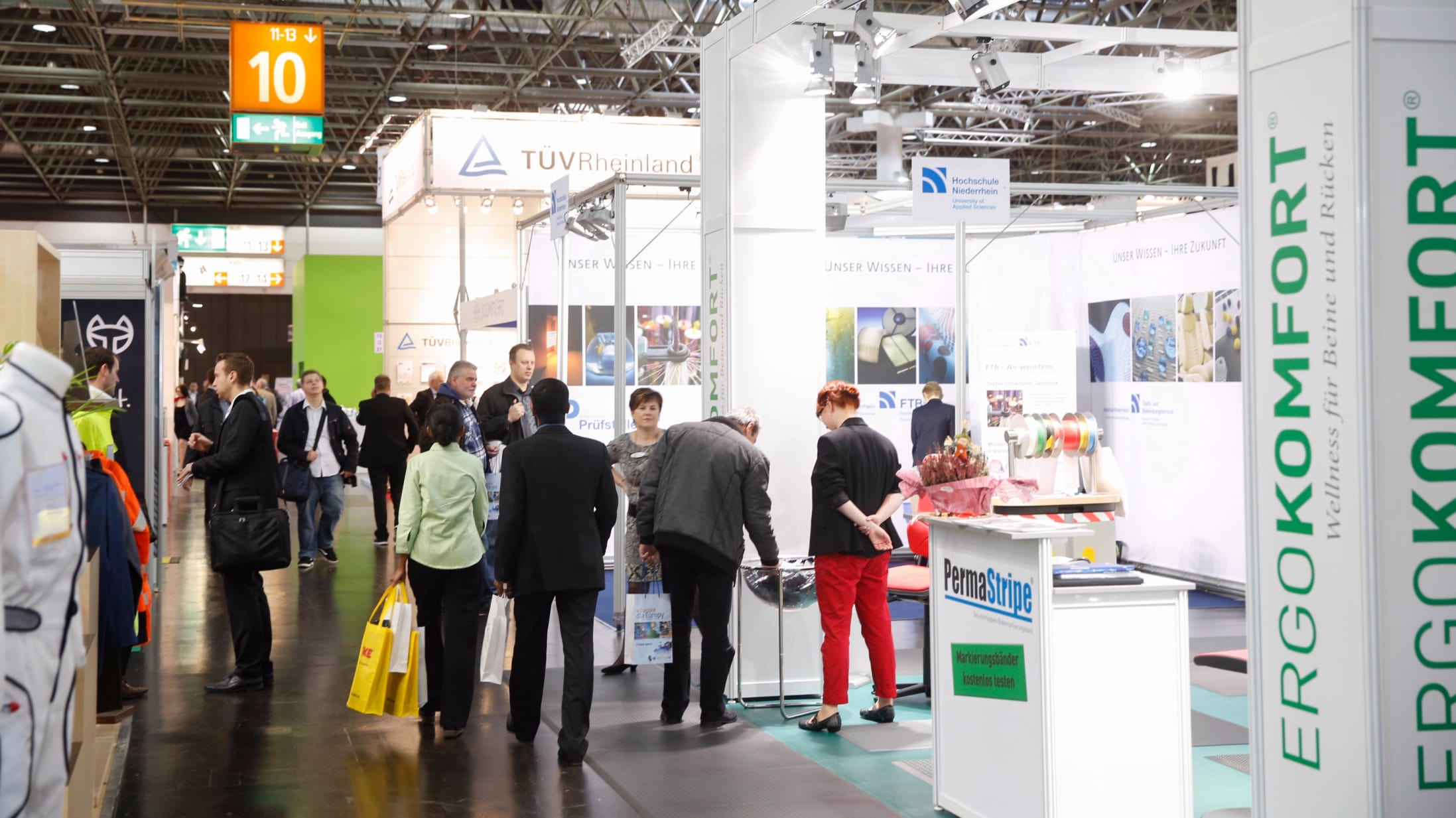 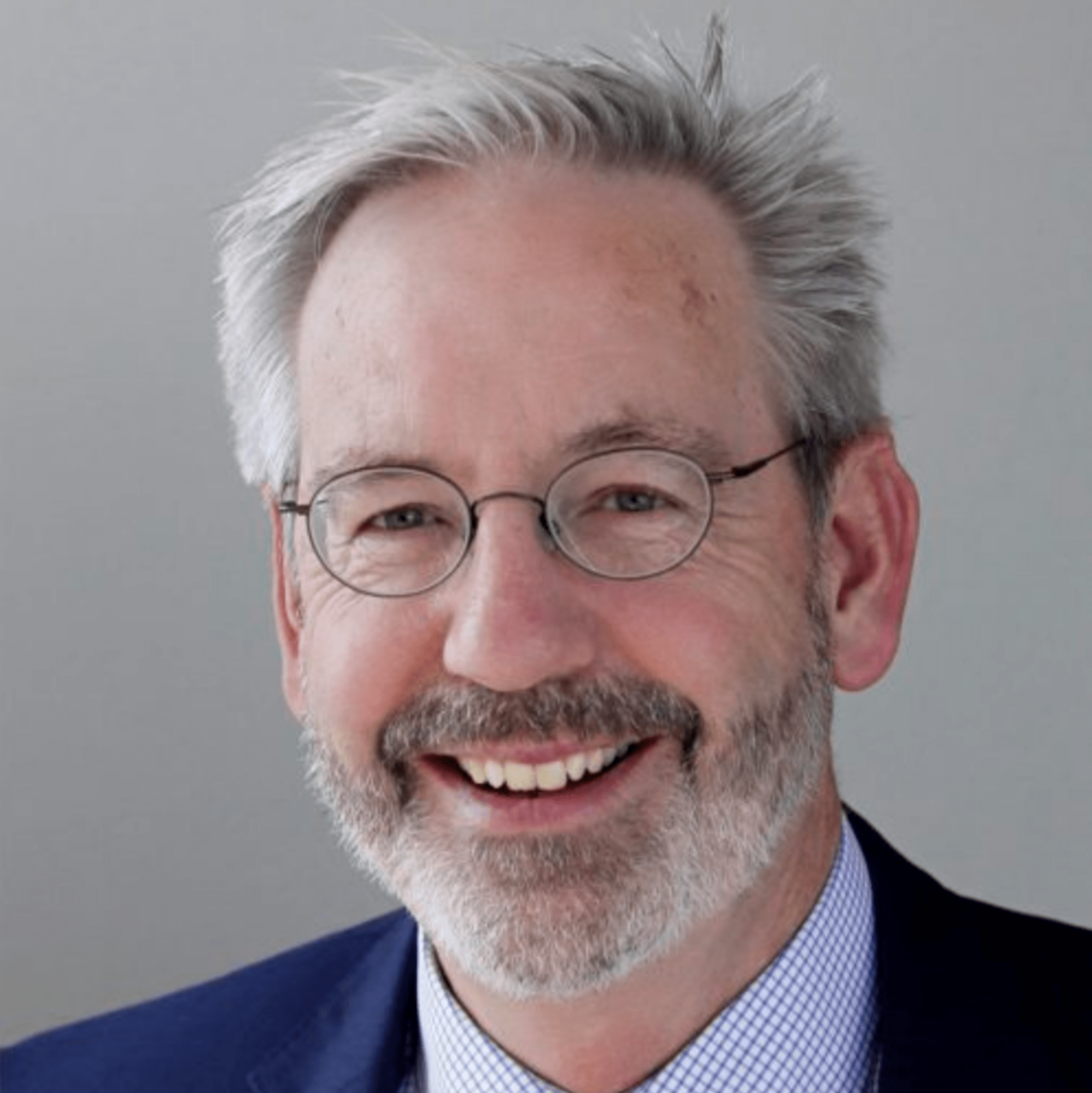 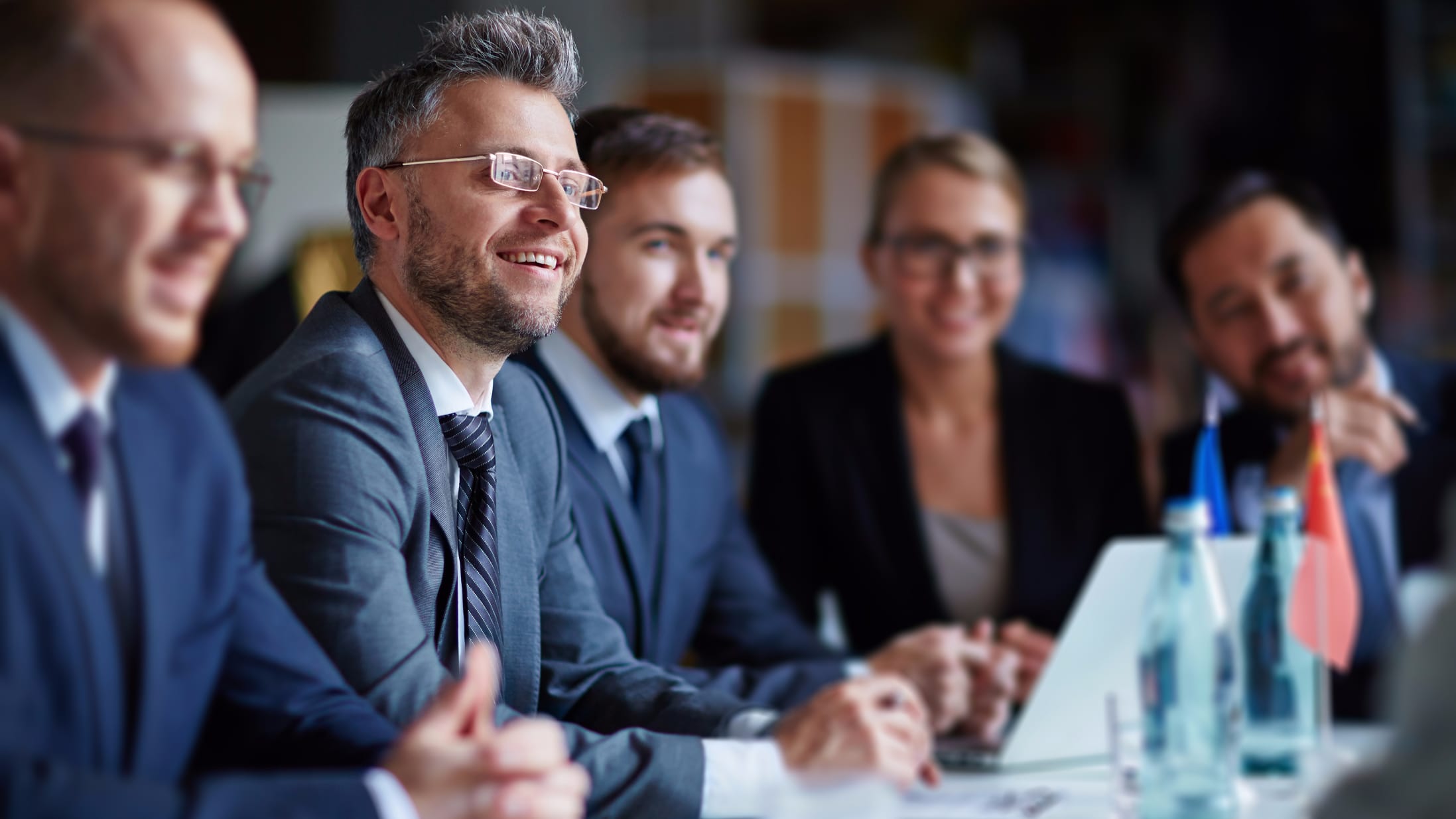 👀 Did you spot @ionscience featured on the front cover of our recent issue? It is great to have them featured throughout issue 96!