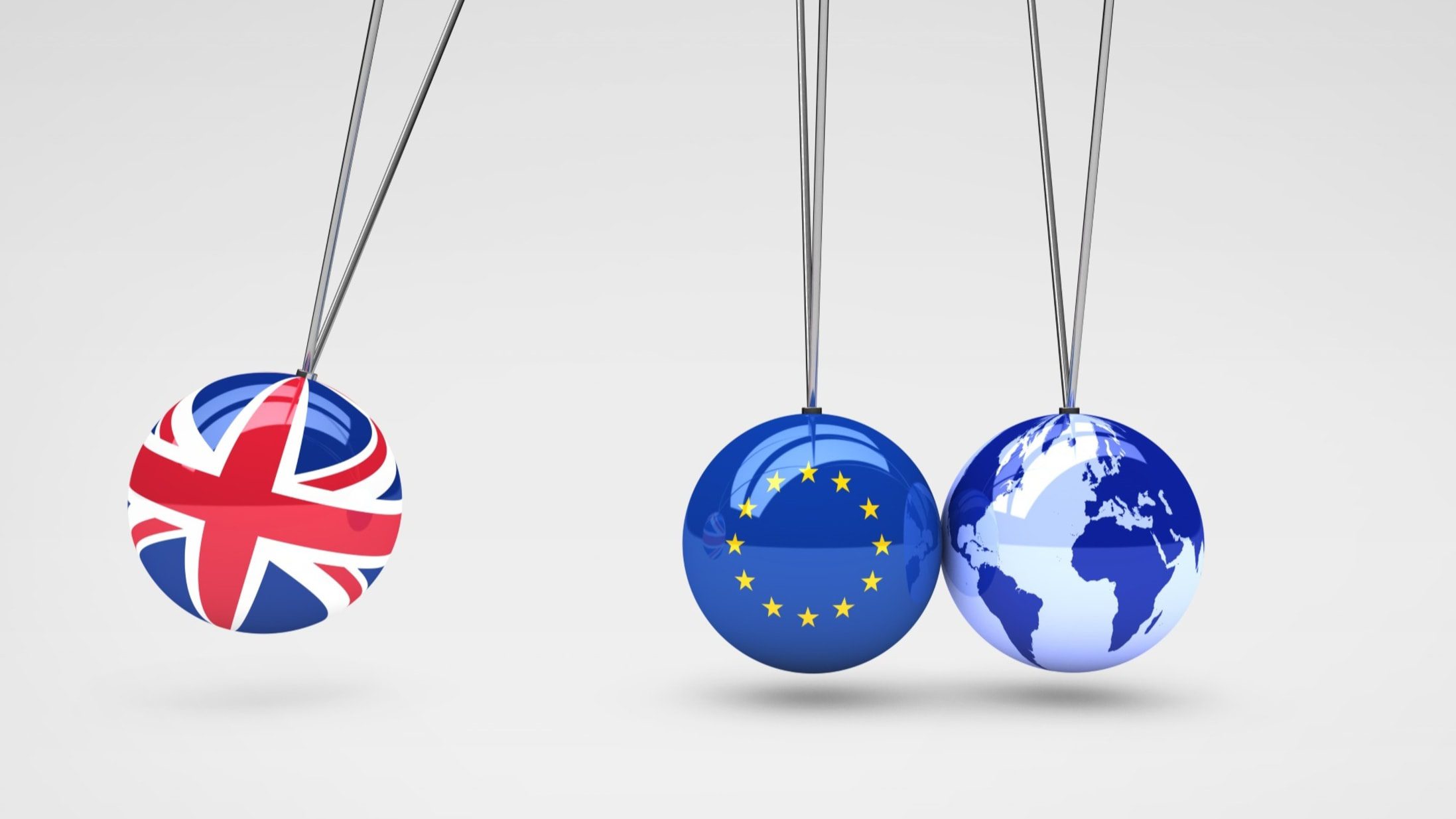 How Will Brexit Affect Contractors in the UK? 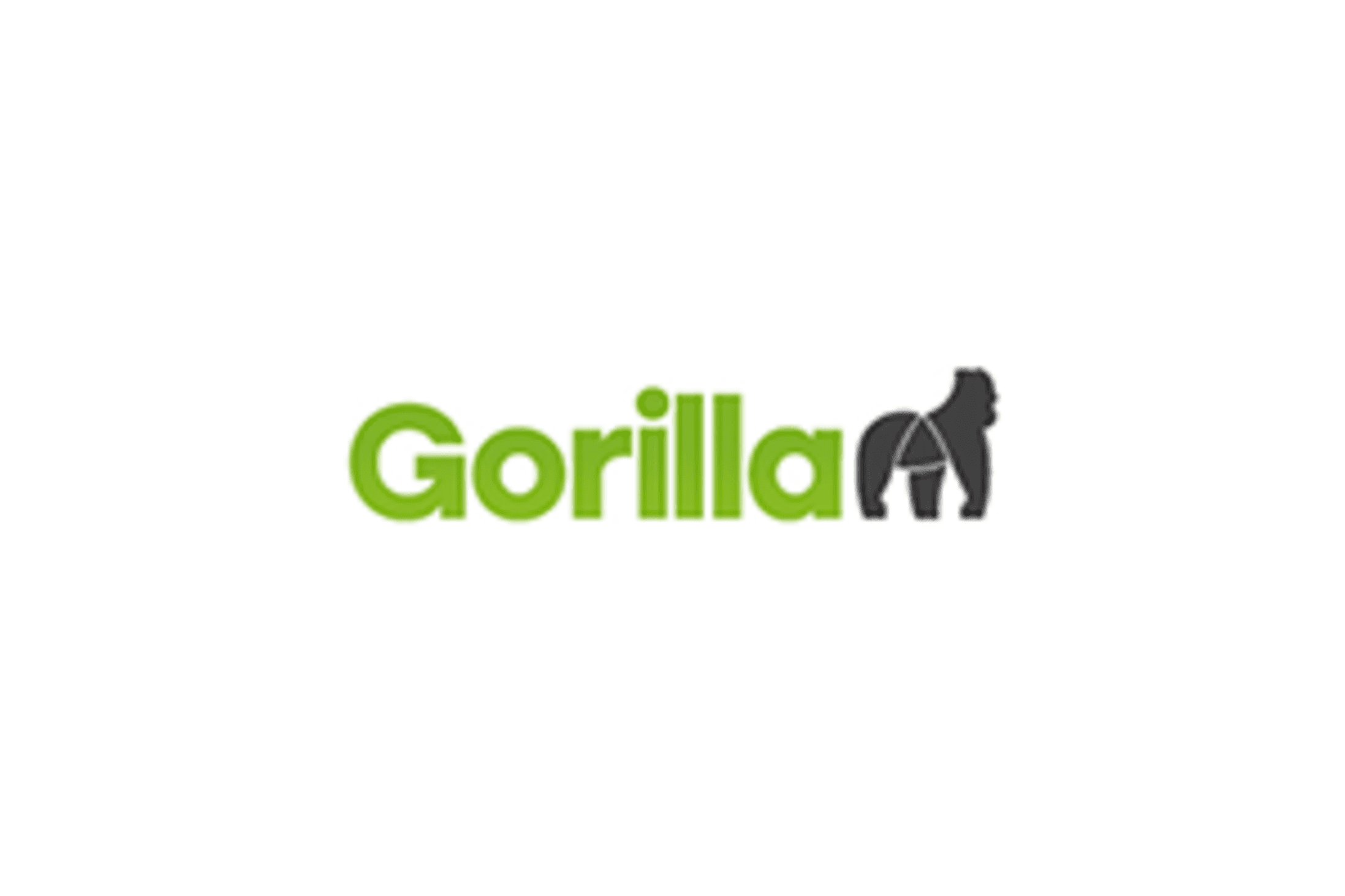 With Brexit day edging closer, everyone is waiting to see what the effects of the decision to leave the EU will be. For now, uncertainty reigns, with many contractors across the nation speculating about potential far-reaching implications.

As a contractor in the UK, you may be wondering whether Brexit will have a positive or negative impact on your job, and how it will affect your pay; if so, you’re not the only one. Because the full implications of Brexit have yet to come to light, contractors in all sectors remain unsure of what awaits them.

For now, the job market appears to still be going strong, but this may not always be the case as we venture into the unknown. So, what might Brexit mean for freelancers and contractors?

UK contractors may find it more difficult to work in Europe after Brexit.

Around 45,000 UK contractors live and pay taxes in Britain but work in mainland Europe; others work on short-term contracts or commute to mainland Europe. Many of these workers worry that they’ll lose the opportunity to work outside the UK; after all, they’re eligible to work in Europe only because Britain is part of the EU. It will also be easier for businesses in Europe to hire from other European Union countries, which means that many contractors working abroad may have to return home.

However, it’s also important to remember that, when we finally leave the EU, there will be a transition period. This means that businesses and people will have the chance to adjust and prepare until 31st of December of 2020, when this period ends. Free movement will continue during this time, and contractors will still be able to complete jobs in Europe. 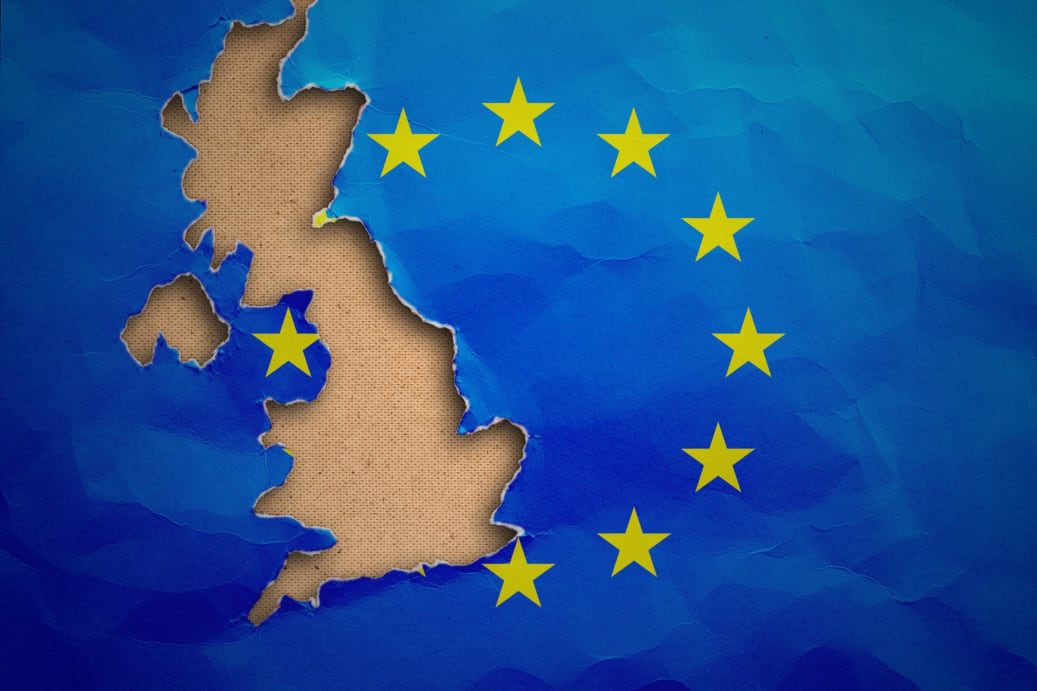 Uncertainty in the Market

Due to the uncertainty Brexit has caused, it’s unclear how contractors will actually be affected. At the moment, employers don’t know what Brexit really means, so businesses don’t know if they’re going to be in the single market or not. It’s also unknown which deals will be made between the UK and Europe and how that will impact tariffs in goods and services.

However, Britain’s self-employed contributed £271 billion to the economy in 2017; this figure clearly showcases the importance of such an industry to the UK. So, while there is still uncertainty, the work performed by freelancers and contractors is not likely to be diminished.

Because employers don’t know what will happen post-Brexit, there will likely be a delay when it comes to investing in people and businesses until the uncertainty clears up. This could affect hiring decisions, from eliminating some contractor positions to restricting the amount of time contractors can work before they’re replaced by permanent employees.

There’s also the possibility that businesses will choose to move out of the UK, which could cut down the number of contractor jobs available. For instance, the US already has 25% of its EU technology spend in Ireland, a country attractive to massive companies like Google, Apple and Amazon. Other companies, like Nissan or Honda, may follow suit and decide to leave the UK to set up shop elsewhere in the European Union – even if they choose to stay, they could eventually reduce their manufacturing facilities in the UK, which would lead to a loss of jobs.

On a more positive note, the UK and the European Union have agreed that workers from EU countries will still enjoy the same rights until 2020. However, this hasn’t stopped a large number of skilled, experienced and educated EU citizens from leaving the UK – as this talent migrates back to their home countries, skills gaps are appearing in every industry. The need to address them will probably facilitate a rise in contractor jobs.

In addition, employers may very well decide to hold off on hiring permanent staff until they’re clear about how Brexit will affect them. In the meantime, new projects and system changes still need to be done, which is where contractors come in. This doesn’t mean contractors will be out of a job once we leave the EU; the full impact of Brexit will not be known for months – or perhaps years – and businesses are likely to continue hiring contractors.

What About a No-Deal Brexit? 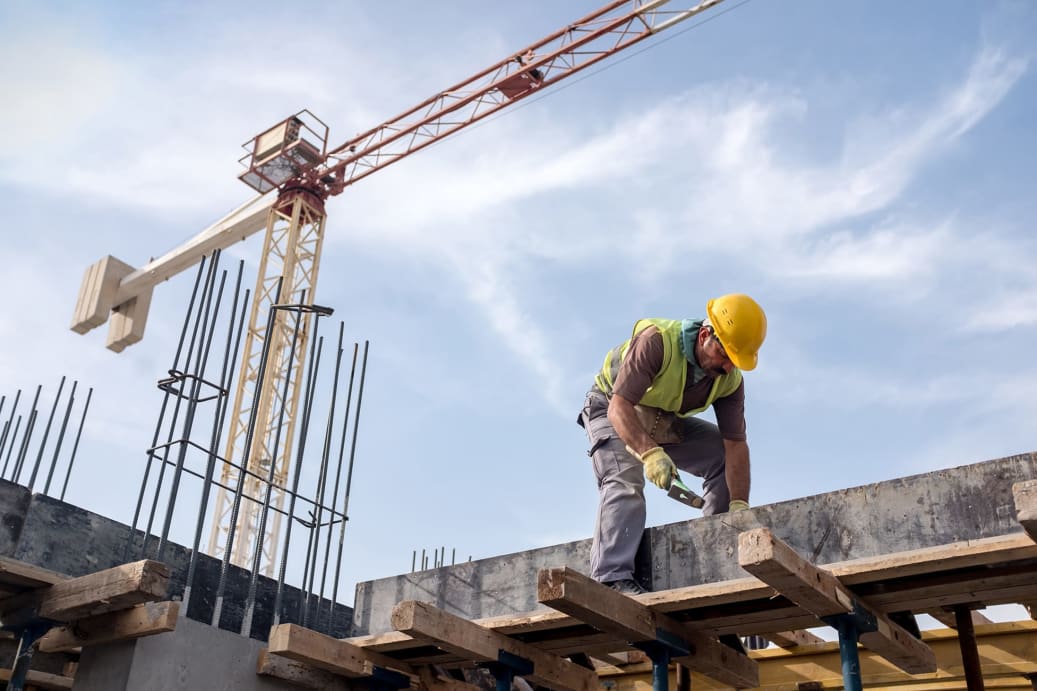 At the time of writing, it appears that the possibility of a no-deal Brexit has been taken off the table. However, that hasn’t stopped many contractors from worrying what would happen if we somehow ended up having a hard Brexit – and what the impact would be.

Leaving the European Union with no deal would have significant implications on the movements of both people and services, which would affect contractors and freelancers working in the UK and Europe.

If the government and the EU cannot reach an agreement, the 21-month transition period would not occur, severely impacting tariffs on trade and offering even more uncertainty over the rights of Brits in the EU and of EU nationals in the UK. It’s also likely that contractors could be caught in the first budget cuts. To make matters worse, companies like Airbus have threatened to move operations out of the UK, if the government is unable to reach a suitable deal.

With a no-deal Brexit, British workers wouldn’t be able to just relocate to new places in Europe, as they’d immediately lose freedom of movement. This freedom is crucial for contractors, which is why many don’t want a hard Brexit.

With no trade agreements in place, the UK would have to make use of the World Trade Organisation rules until new trade deals could be struck – however, WTO regulations don’t cover trade of services the same way EU rules do.

Brexit and the Construction Industry

One of the sectors that will be affected by Brexit is construction. The uncertainty of Brexit is already impacting the industry, and the difference between leaving with a deal or going through the hard Brexit path is huge. The latter means leaving without trade agreements in place. Seeing as membership in the European Union allows for the free movement of people and goods, which the UK currently depends on, leaving without a deal would cause untold damage in the construction sector.

However, considering that the government’s deal focuses on leaving the single market and the customs union upon our exit from the EU, even a softer Brexit has the possibility to cause damage to the industry and to everyone who works in it.

Almost 50% of employers in the industry fear that recruitment will become a lot more difficult after Brexit. The UK is becoming a less attractive place to work, mainly due to fluctuations in the pound sterling, the possibility of reduced earnings and the uncertainty about residence status. European Union workers are a crucial part of the British construction force, but many are leaving the country before the cut-off date; the skills gap this is creating means businesses are already struggling. 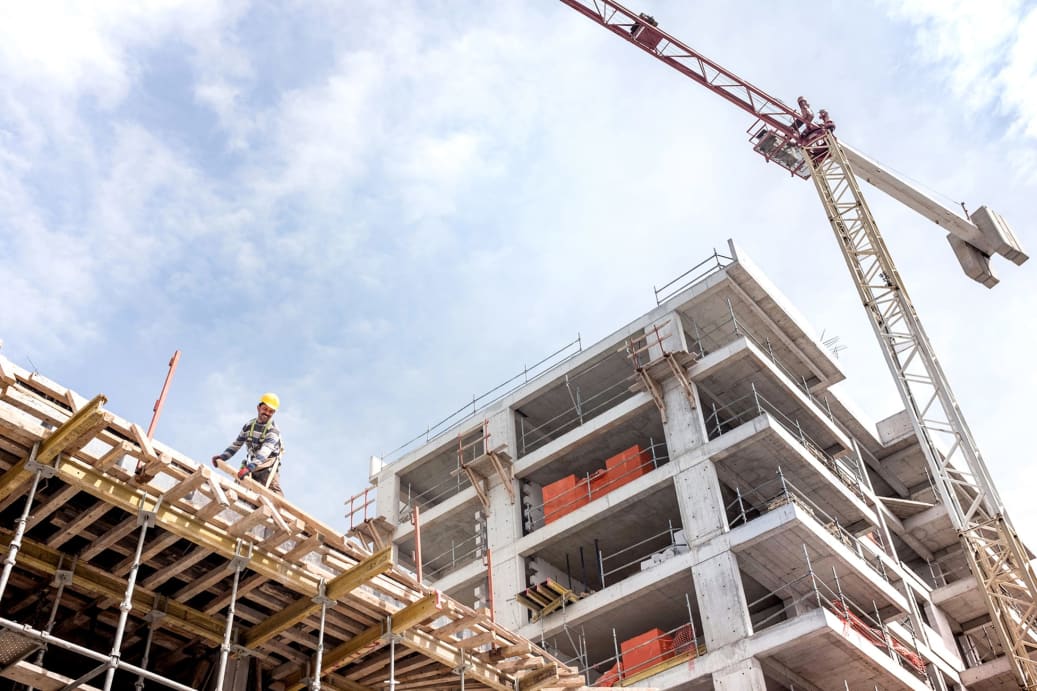 The government wants to build 300,000 homes every year in England alone but, with businesses struggling to find bricklayers, this goal may not be reached. After all, considering the free movement of people and labour will soon stop, it’s easy to predict that the industry will suffer from a lack of skilled personnel for years to come once we leave the EU. This may lead to a housing crisis.

The prices of construction materials are likely to rise as well. The UK relies heavily on imports from mainland Europe (over £10 billion products are imported every year, including £1 billion of timber), so this means incurring higher costs with longer waiting times. Up to 62% of building materials are imported from the EU, and inflation is set to continue rising, with some businesses already reporting up to 20% higher fees. Sector growth may stagnate due to the significantly higher fees and changes in tariffs.

There is a silver lining for companies and people in the construction industry. As mentioned above, businesses will continue to hire contractors after Brexit, especially because a lack of skilled workers may lead to increased labour prices and reliance on contractors.

The uncertainty and ambiguity surrounding Brexit make it very difficult to predict the future of UK contracting and all the challenges the construction industry will face. There is no denying the negative aspects surrounding the country’s departure from the European Union; however, there is also some good news for contractors. So, even though it remains impossible to know for sure what might actually happen, it’s important to consider that UK contractors will likely continue to have opportunities, as well.

Gorilla Accounting is a technology-driven accountancy firm, exclusively for contractors and freelancers operating through a Limited Company.

How Will Brexit Affect Contractors in the UK?