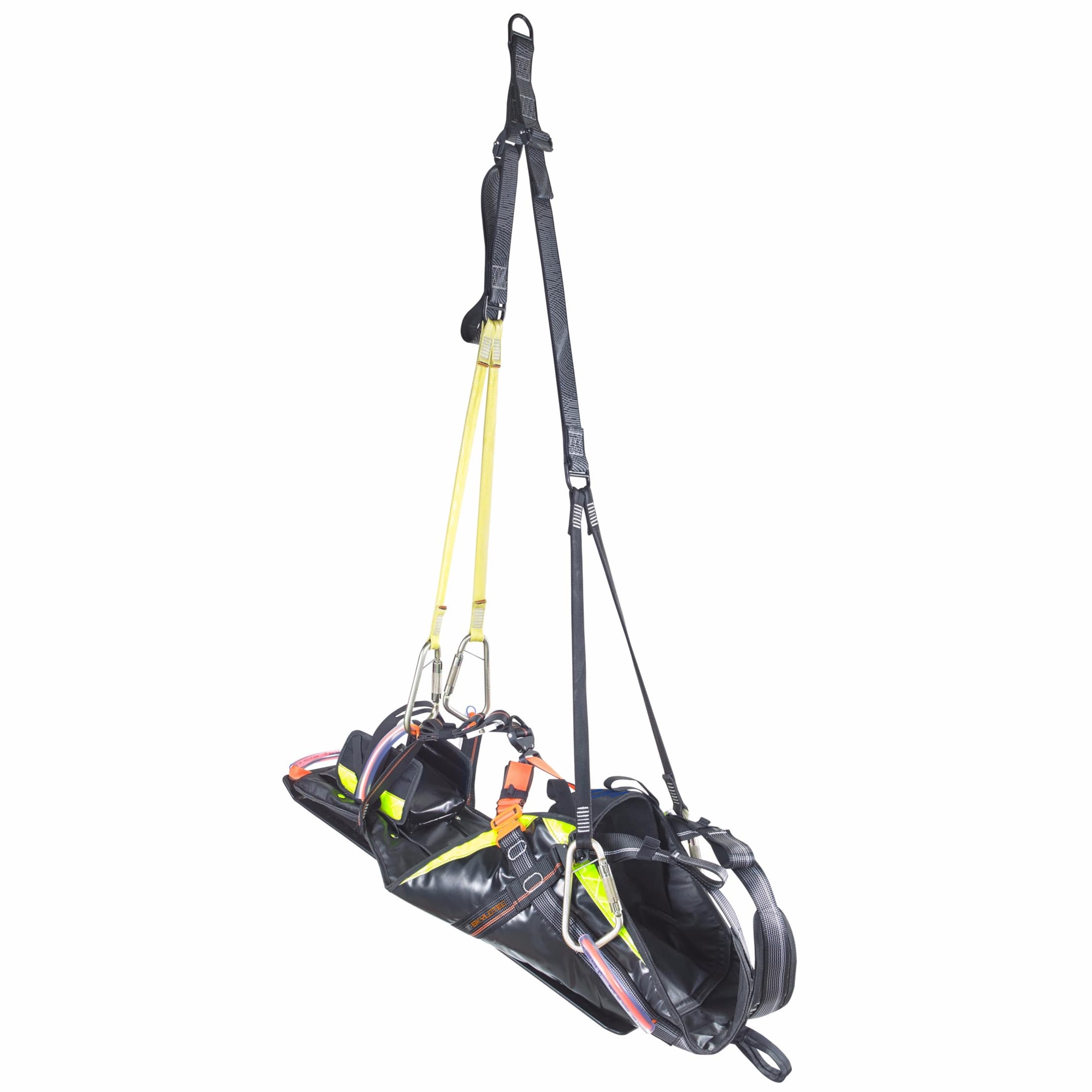 Anyone performing maintenance in ducts and shafts or in the hub of a wind turbine must secure themselves reliably against falls from a height. In addition, freedom of movement in such areas is generally restricted. This increases the risk for the employees, especially if an accident happens in a confined area. If injured persons are unable to get themselves to safety after a fall, immediate rescue is essential. For precisely such scenarios, SKYLOTEC has developed a new advanced rescue stretcher called “Conrest”.

It is lighter and shorter than the usual solutions on the market and more practical than a spineboard, which often cannot be used in confined spaces due to its size. “Conrest” makes it possible to prepare an accident victim for transport in a very short time so that first aid can be administered directly at the accident site. It secures the most important areas of the body and offers rescuers a wide range of options when it comes to pulling the injured person out of the danger area. An additional strap secures the injured person’s pelvis, providing important stability in the event of possible fractures. In addition, the advanced rescue stretcher is equipped with arm loops and a head attachment to stabilise the spine, head and arms.

Ready for immediate use in cases of emergency

“Conrest” also features a sturdy skid plate, which enables it to be pulled over edges without jamming. The advanced rescue stretcher also features a number of handles to enable rescuers to move the injured person out of the danger area as quickly as possible. Alternatively, the stretcher’s loops can be attached to a set of straps that are in turn connected to an attachment point. By connecting this to a carabiner attached to the rope wind of a mobile system, such as a tripod or Davit arm, the injured person can also be pulled upwards (e.g. out of a sewer shaft) on the advanced rescue stretcher.

“Conrest” has a maximum payload of 150 kilograms. A foot cover, which can also be used to secure the patient’s feet, is included as standard equipment. The stretcher, foot cover and lanyards (including carabiners) are all stowed in a single bag, which can either be stored at the site or easily transported, thus ensuring that the advanced rescue stretcher can be used immediately in an emergency.

SKYLOTEC GmbH in Neuwied was founded in 1947 and is one of the leading manufacturers of personal protective equipment against falls from a height and safety systems in the fields of sport and industry. In addition to an extensive product range in the field of fall protection, the portfolio also includes intensive advice and service as well as a worldwide training program in the Vertical Rescue College. This combination of expertise from the industry and specialist knowledge in mountaineering leads to ever new innovations from which wearers benefit – whether at work or in their leisure time. SKYLOTEC currently employs around 500 people worldwide and has its own production facilities in Germany, Slovenia, Sweden and Hungary as well as branches all over the world. 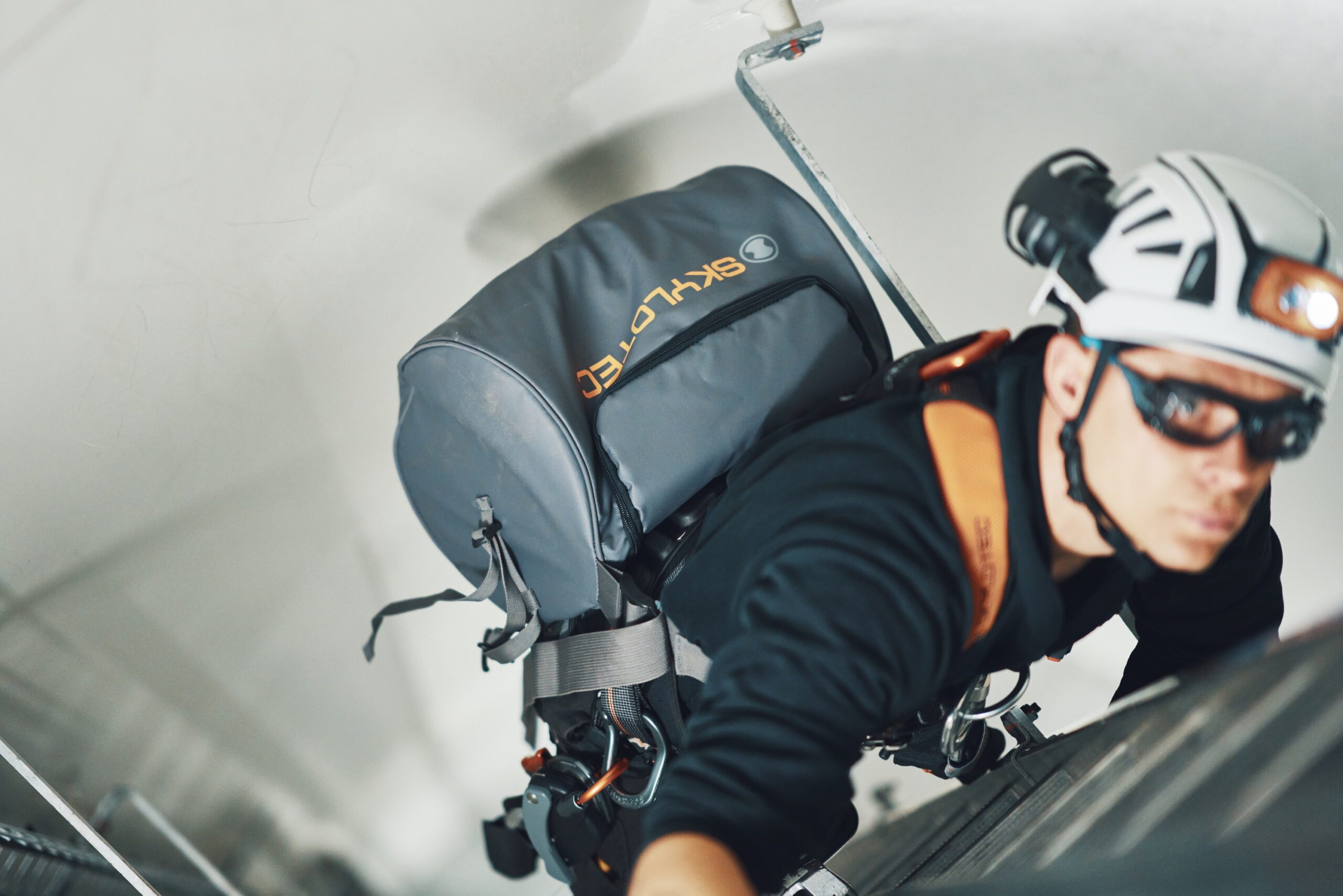 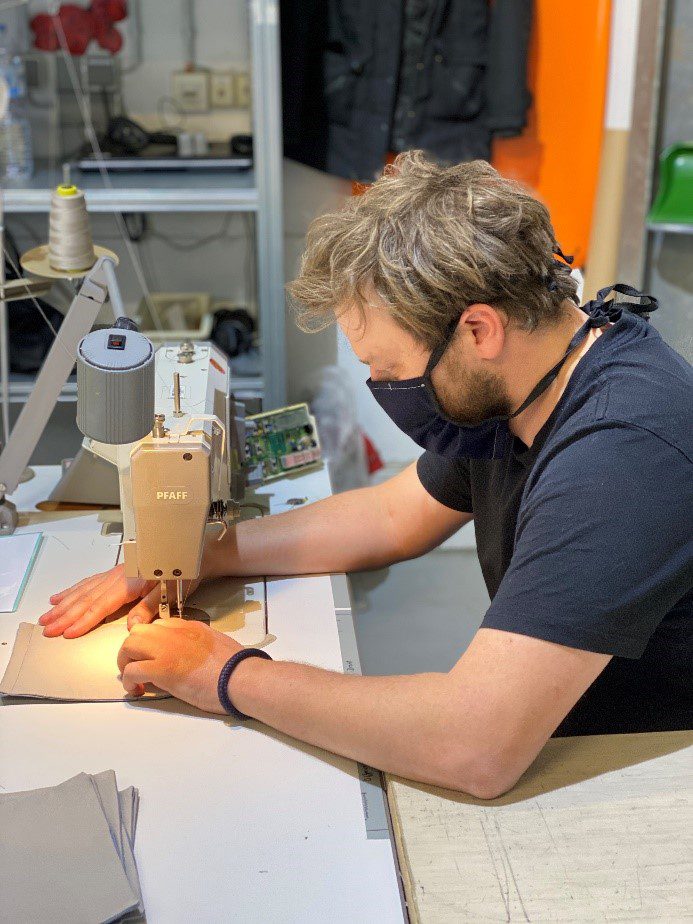 SKYLOTEC to Expand with Acquisition of ActSafe 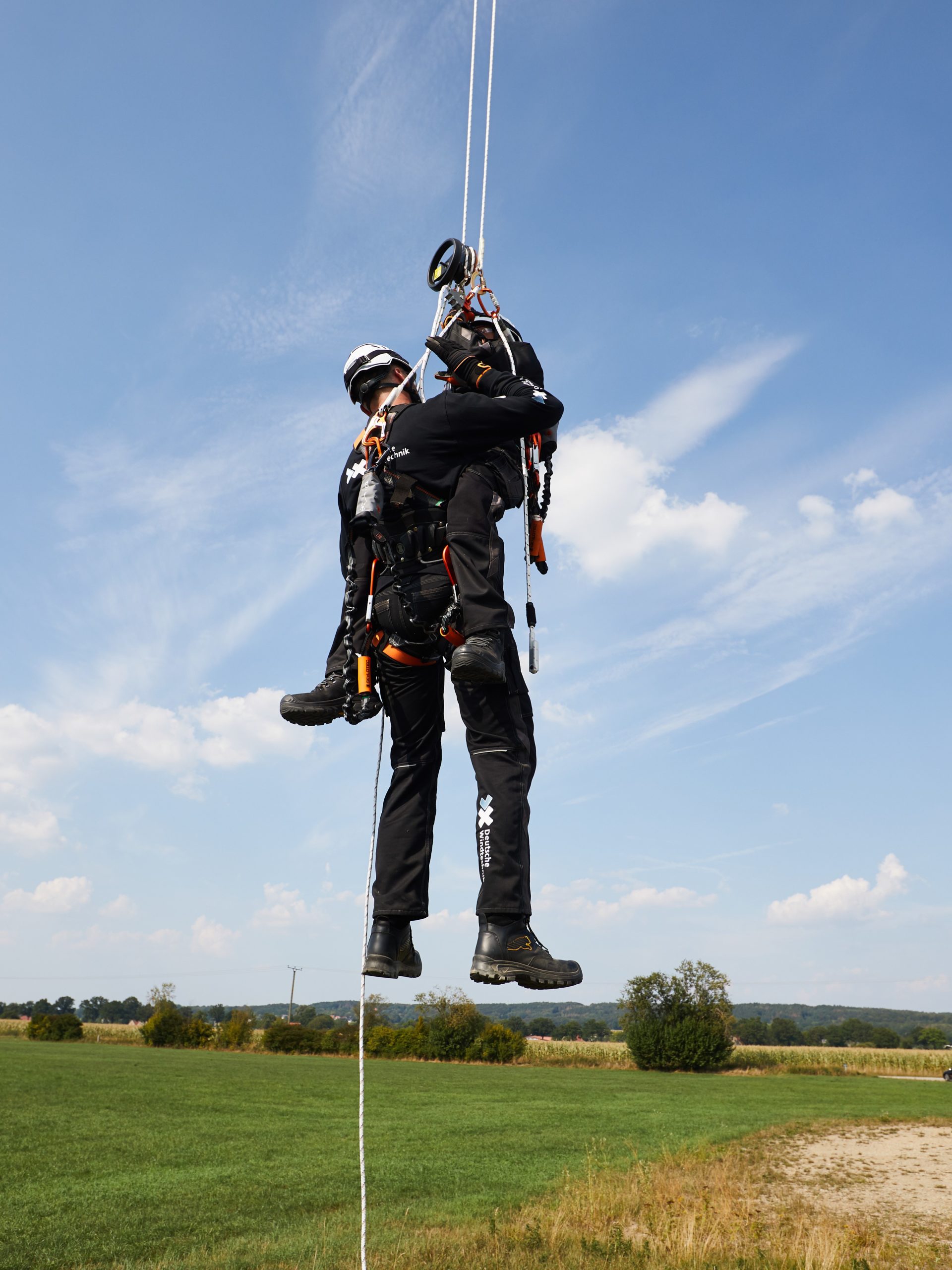 SKYLOTEC Focusses on Hardware Expertise at the A+A 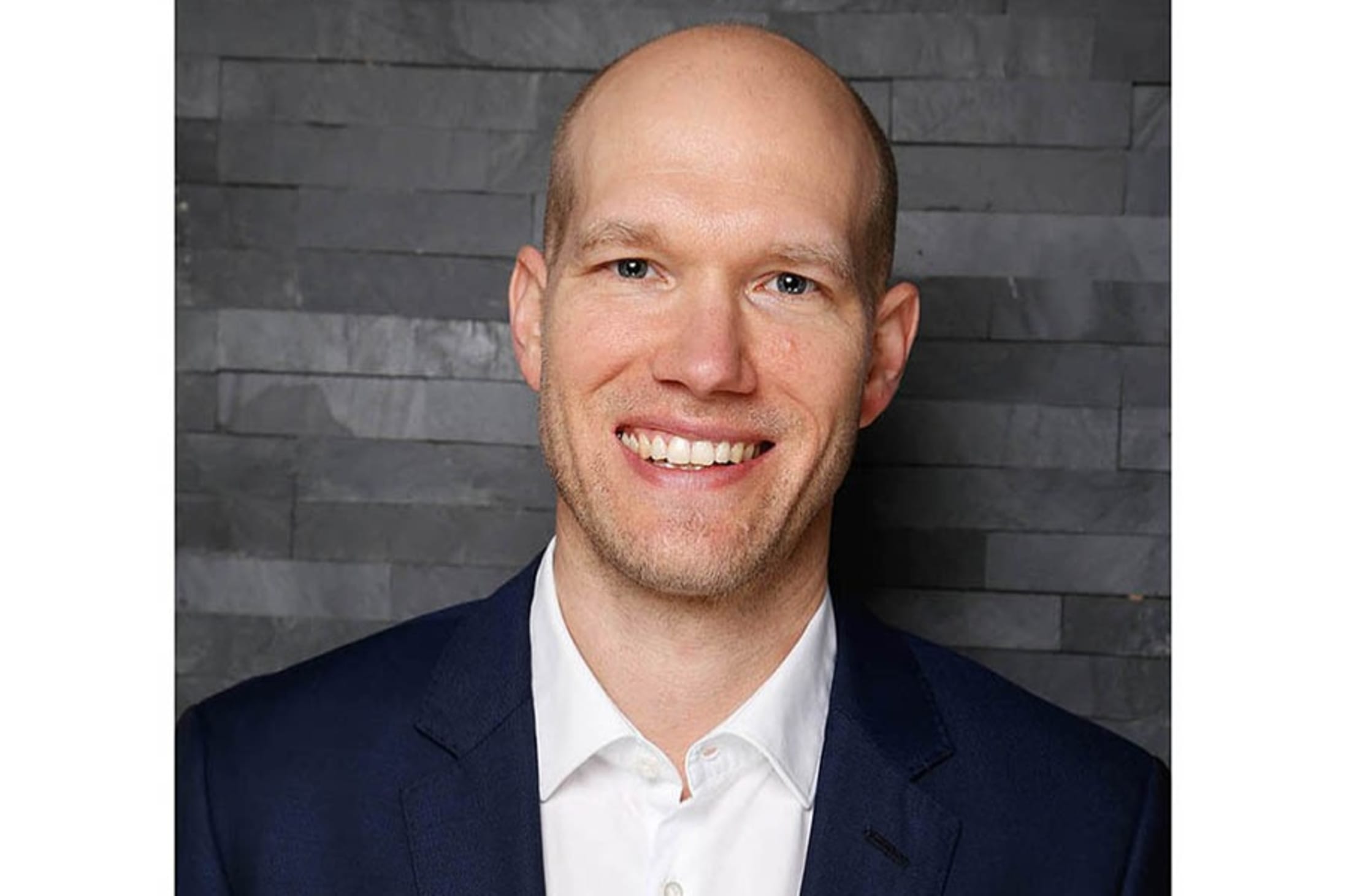 New Head of Marketing at SKYLOTEC 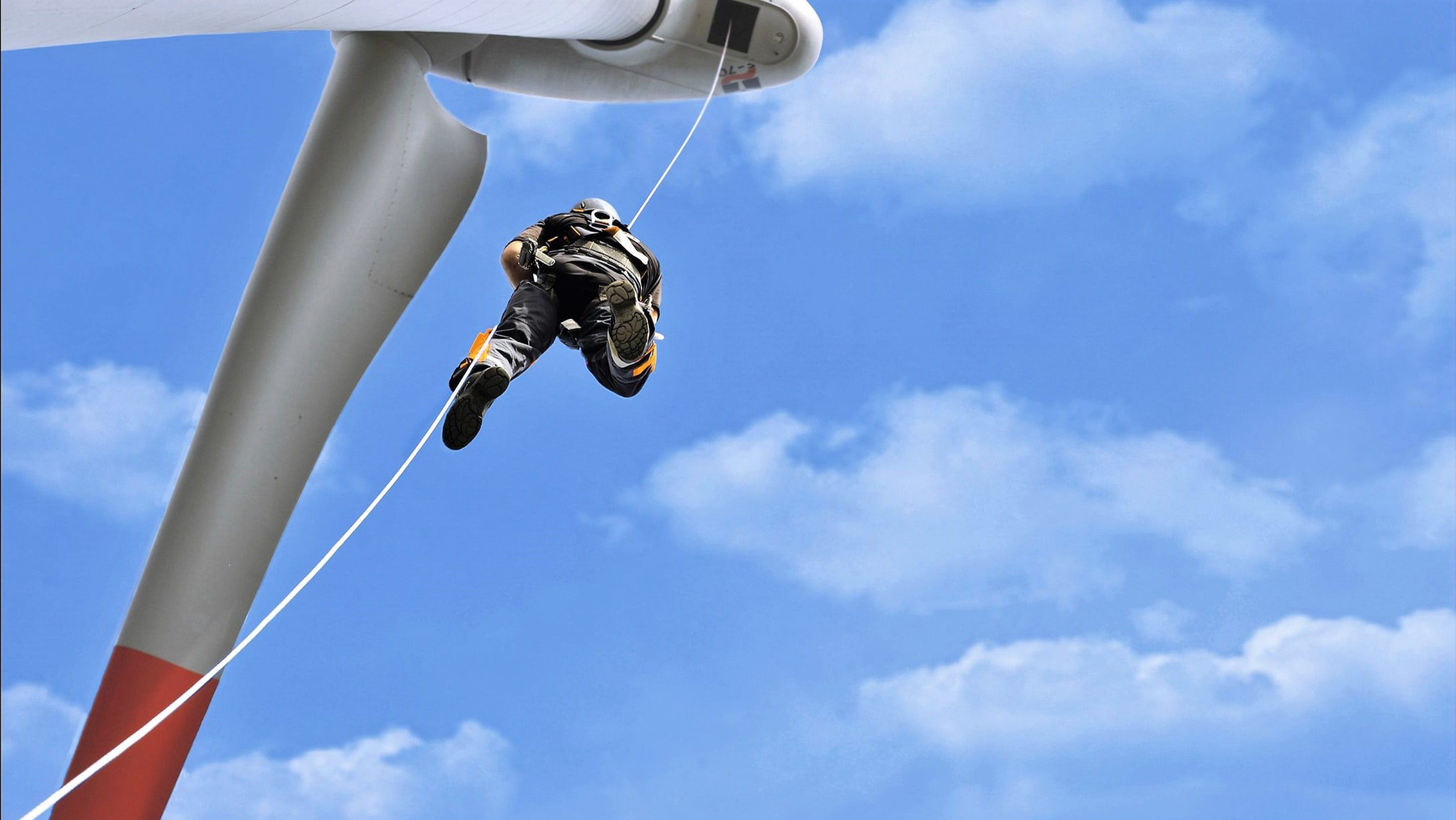