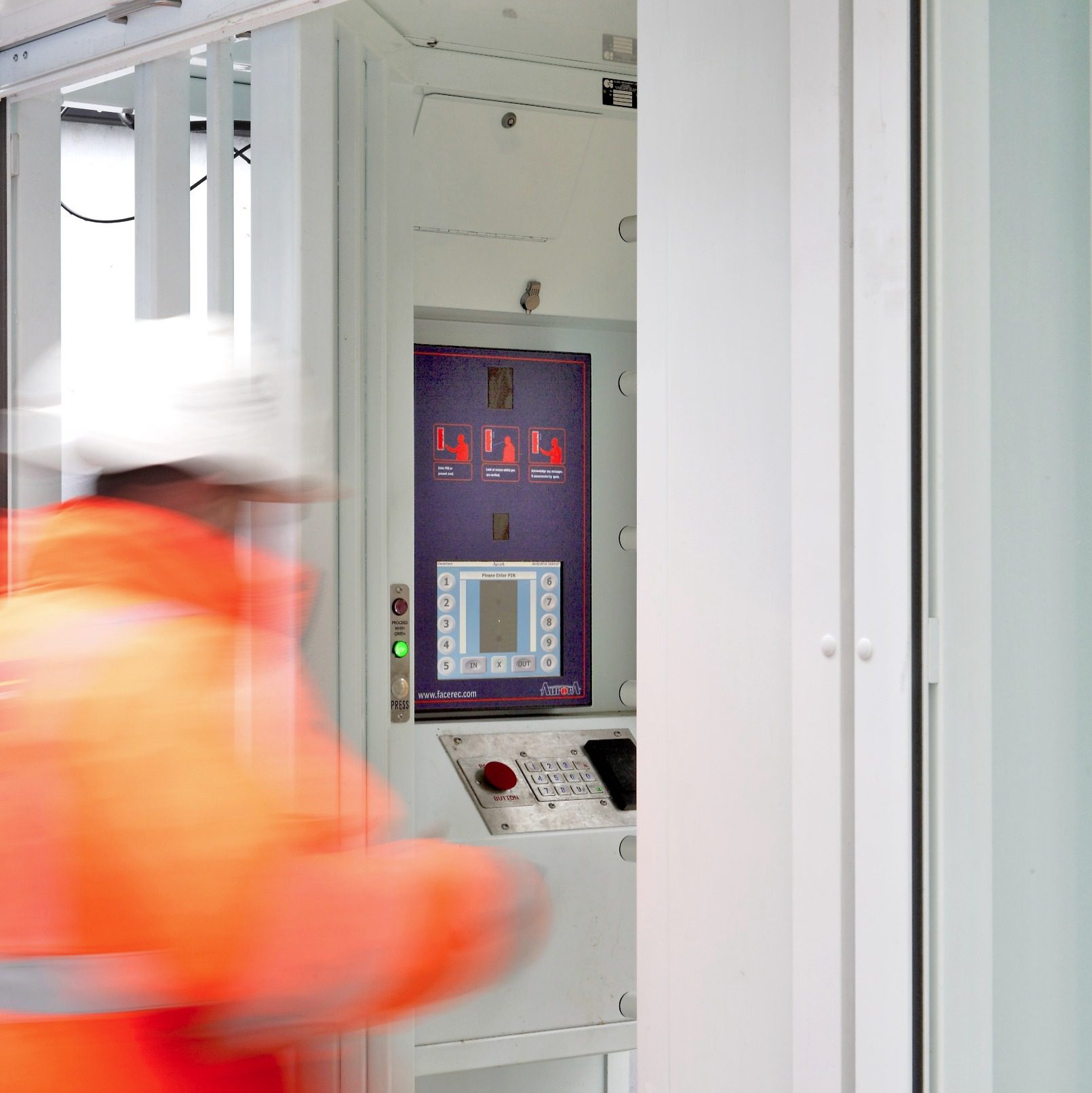 Facial recognition technology is saving building services contractor 21st Century Contracts £140,000 a year – and is helping implement their health and safety policy. The company is using ClockFace time and attendance units from facial recognition specialist Aurora at three building sites to keep track of employee hours and to deliver important messages about training and accreditations.

21st Century Contracts Limited offers mechanical and electrical installation services and building maintenance for London and the Home Counties. The company turns over close to £17m a year, and employs up to 180 operatives on a number of different building sites. Laurie Driscoll, Senior Contracts Manager at 21st Century, says savings are being made because time and attendance data is now as accurate as possible, thanks to the effectiveness of the ClockFace units.

“We’d previously used a fingerprint scanner but found that it didn’t do what we needed it to,” he says. “So we investigated our options and decided on Aurora’s facial recognition system, ClockFace. That has been very successful, and I estimate that it will save us £140,000 a year.”

The savings come through the ClockFace system’s accurate reporting, ensuring that staff are paid for the hours they are on-site and working. “We can print off reports for each individual and make sure that when they invoice us that their reported hours match up to those recorded on the system,” Driscoll says. “It’s highly efficient and minimises any disagreements or disputes.”

ClockFace is a fast and highly accurate biometric facial recognition system, designed to clock operatives on and off site. The unit is capable of being sited in high-throughput areas, and users simply enter a pin code and stand in front of the hardware whilst their identification is verified in seconds. It’s during the clocking-on process that 21st Century operatives benefit from ClockFace’s messaging capabilities.

“What we have done is to load all the information we have about each contractor onto the system – details about their Construction Scheme Certification Scheme cards, health and safety accreditations, Gas Safe, their public liability insurance, and more,” Driscoll says.

“Now when an operative presents him or herself to clock on using ClockFace, if they need to update or renew a qualification or similar, a message will appear on the screen reminding them. They need to acknowledge that they’ve seen this so we have an audit trail to prove that it’s been received. In this way it will become our main health and safety policy enforcement package.”

Driscoll says 21st Century intends to use ClockFace units for any new large projects the company takes on.

Aurora is the UK’s leading provider of biometric face recognition systems with over a decade of experience and full ownership of our own technology. From our base in Northamptonshire we serve scores of clients in a variety of markets including the air industry, construction, logistics, and many others. With over a decade and a half of experience we have developed deep domain knowledge of the deployment of face recognition solutions and customers using our systems have completed over 100 million successful transactions.