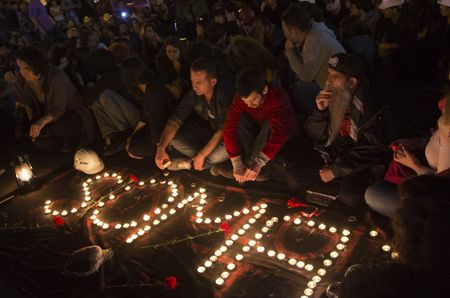 Claiming the lives of 301 people in May 2014, modern Turkey’s worst industrial accident is back in the press and causing unrest. A total of 45 people are on trial, including the eight former senior managers of Soma coalmine. The defendants face charges ranging from “killing with probable intent” to “criminally negligent manslaughter”.

An underground fire and explosion depleted oxygen and sent carbon monoxide coursing through the mine’s tunnels. It was not until four days after the fire that the final death toll was confirmed. The fire, the cause of which is still unknown, killed 301 of the 787 workers underground in the mine in Turkey’s western province of Manisa.

After the accident, mine operator Soma Holding said there had been no negligence, yet Sengiz Shahan, who used to work at the mine, told the BBC after the accident that he and his colleagues were too afraid to complain about bad safety standards.

The disaster triggered mass demonstrations last year, with critics saying the government was too close to industry bosses and insensitive in its response to the tragedy. The government, however, insisted that existing mining safety regulations were sound.