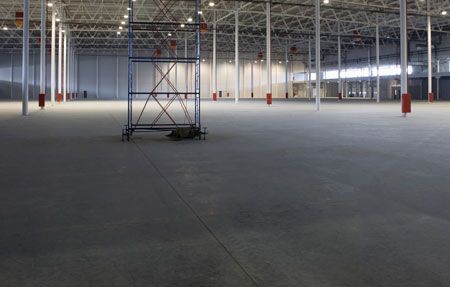 Maintenance on underground hazardous waste containers, oilrigs and road networks is about to get a lot safer and easier, with the help of self-healing concrete.

Cracks in concrete could soon be a thing of the past, thanks to the use of bacteria typically found near soda lakes and active volcanoes. Developed by Dr Jonkers, a microbiologist at Delft University of Technology in the Netherlands, the concrete contains calcite-precipitating bacteria that effectively eat calcium lactate and secrete limestone, closing the cracks that form in concrete. Due to the high pH value of concrete, Dr Jonkers found that only alkaliphilic bacteria were able to survive.

When cracks form water enters the structure, which in turn activates or awakens the bacteria. The bacteria can also be added to a liquid and sprayed onto existing structures, with the ability to repair cracks of 0.8mm in width in three weeks.

This built in capacity to repair damage in the early stages will save money on costly and potentially hazardous industrial repairs further down the line, which could otherwise lead to material failure. The first successful inclusion of self-healing into a man-made material was in 2001, when Scott White and partners at the University of Illinois incorporated the feature into an epoxy-system via micro-encapsulation.

The self-healing concrete project is part of the universities wider research into self-healing materials, at the Delft Centre for Materials. As well as researching concrete and asphalt, research focused on four additional material classes: polymers and composites, metals and ceramics, coatings, and functional materials such as microelectronics and batteries.