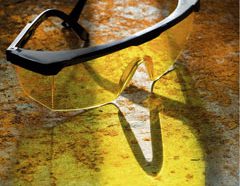 Injuries to the eyes are among the most serious that workers can suffer, leading to consequences such as permanent loss of sight. Injuries to the eyes can be caused by a single major event, but can also be caused gradually by, for example, prolonged exposure to UV in the work environment. Many injuries to the eyes, whether sudden (traumatic) or gradual, can be prevented or significantly reduced by the provision and wearing of suitable personal protective equipment (PPE).

The process to achieve certification of protective eyewear involves testing against the requirements of European standard EN 166:2001, for industrial eyewear, and EN ISO 12312-1:2013 (which superseded EN 1836:2005) for sunglasses. In the case of industrial eyewear, other standards may also apply depending on the application, see Table 1. Note that the PPE Directive applies also to prescription eyewear if that eyewear also includes protective features – irrespective of whether they are for industrial or leisure use. It is not the intention of this article, however, to deal with leisure eyewear such as sunglasses or ski goggles.

For eyewear intended to be used as PPE in the workplace, the key standard generally is EN 166. This article describes some of the requirements and associated tests that EN 166 applies to protective eyewear. As Table 1 indicates, optical test methods for protective eyewear are specified in EN 167, and non-optical test methods are specified in EN 168.

The basic requirements include assessments for field of vision, transmission and diffusion, refractive properties and robustness, as well as resistance to ageing (stability to heat and resistance to UV), corrosion and ignition.

The main purpose of the field of vision, transmission and diffusion tests, refractive properties and resistance to UV tests, is to ensure that the eyewear does not impede or distort the vision of the wearer, and allows sufficient light through to the wearer’s eyes. In particular, the field of vision test is intended to ensure that nothing in the frame or the periphery of the oculars (the lenses) impedes vision. The refractive powers tests comprise three test procedures: spherical, astigmatic and refractive powers.

The prismatic power of the eyewear is determined by measuring the horizontal and vertical deflection of a beam of light passing through the centre of each ocular of the test eyewear. With no test eyewear in place, the two beams of light are focused to a single point on a target. Any resultant deviation in the positions of the beams on the target with the test eyewear in position is measured to determine the horizontal and vertical deflections. It is desirable that the spherical, astigmatic and prismatic powers are as low as possible.

Any tendency for eyewear to create a diffusing effect should also be minimised. The diffusion test measures this property. A laser beam is directed towards a light detector, firstly through a circular mask and then through an annular mask. The level of light detected is recorded for both masks. The measurements are taken once again with the test ocular in the path of the beam, at a point before the beam passes through the masks.

Transmission tests measure the percentage of incident light that the oculars transmit to the wearer’s eyes. Where the oculars are not required to have any filtering action, the percentage level of transmitted light (referred to as ‘luminous transmittance’) must be greater than 74.4%.

On the other hand, some circumstances might require that the oculars limit or filter the light passing through by reducing the overall amount of light, while reducing the transmittance of a specific wavelength band (such as the ultraviolet band or the infrared band). For non-filtering oculars, any test device which produces an overall percentage transmission value across the complete visible spectrum is satisfactory.

Specific transmission requirements for any eyewear that has a filtering action will be found in one of the specific standards listed in Table 1. For instance, EN 170 is intended for wearers who are exposed to ultraviolet light during their work, while EN 172 is intended for protection against sun glare. The requirements for transmission in standards such as EN 170 and 172 are more detailed than EN 166. The maximum transmittance is specified for certain parts of the visible and ultraviolet spectrum.

Exposure to UV light can affect the transmission properties of oculars. Therefore, these properties are measured again after the eyewear has been exposed to UV light. To meet the EN 166 requirements, there are limits on how much the transmission results can change. The diffusion results must meet the same requirements as the unexposed results. A further requirement of filtering eyewear is that the variation in transmittance across the viewing area of the ocular does not exceed certain limits.

The final test procedure in EN 167 is the test for assessing the quality of the materials and surface. Defects in the oculars are permitted within 5mm of the frame, but not elsewhere.

Stability to elevated temperatures is tested by exposing the eyewear to a raised temperature of 55ºC for 60 minutes. The eyewear is allowed to cool for at least 60 minutes at 23°C before it is examined for deformation. Corrosion testing involves placing the eyewear for 15 minutes in a boiling salt solution (10% by mass of sodium chloride in water), followed by immersion in a room temperature salt solution of the same concentration, also for 15 minutes. The eyewear is allowed to dry, rinsed in lukewarm water and allowed to dry again before assessing any metal parts for corrosion.

All external surfaces of the eyewear should be tested including oculars, frames and arms.

Note that some tests are excluded from some eyewear types; for example, spectacles cannot be tested against liquid splashes or large dust particles as they do not provide a seal between the eyewear and the face that will keep the liquid or dust out.

Like increased robustness, the resistance to high-speed particles test is carried out on complete eyewear, and tests both the oculars and the frame. The particle used for these tests is a 6mm diameter steel ball bearing, weighing 0.86g. Low energy impact (at a speed of 45m/s) is applicable to all types of protective eyewear, but the medium energy impact (at 120m/s) is only applicable to goggles and face shields. The high energy impact test (at a speed of 190m/s) is only applicable to face shields. This test is usually carried out with the samples at ambient temperatures, but as an option can be carried out on samples exposed to extreme temperatures. In this version of the test, the eyewear is impact tested after conditioning at 55ºC and after conditioning at -5°C. The criteria for passing or failing in the high-speed impact test are the same as for increased robustness.

Ignition testing is part of the basic requirements, however, for more extreme environments two tests are provided. One of these assesses the resistance of protective eyewear to an electric arc hazard. The other tests resistance of protective eyewear to penetration by hot solids. This latter assessment involves dropping a 6mm diameter steel ball, heated to 900ºC, onto the eyewear and noting the time from dropping the ball to the time penetration through the ocular occurs.

As the name suggests, the resistance to surface damage test assesses the ability of the ocular or lens to resist damage by fine abradant particles –in this case, sand with a specific grain size. After exposure to the abradant, the diffusion test is repeated on the ocular. An increase in the measured diffusion would indicate that the surface of the ocular has been damaged.

In the fogging test, the surface of the ocular is exposed to a very humid atmosphere above a water bath heated to 50ºC. If oculars are without an anti-fog (or anti-mist) coating, condensation usually occurs within one or two seconds of the exposure starting. Any ocular that resists fogging for more than eight seconds is regarded as being anti-fog. Prior to this test, the eyewear is immersed in fresh water, which has the effect of removing water-soluble anti-fogging treatments.

This article has covered the requirements for the testing and type-examination of protective eyewear. Before placing products on the market in Europe, manufacturers and distributors must ensure that their products are tested and CE-marked to the correct standards and that labelling and information for users carries the information necessary for safe use.

For non-European markets, testing should be carried out to the appropriate standards required by those markets – whether ISO, ANSI, AS/NZS or others. Users of PPE should also check that the product issued to them is sufficient to mitigate for the potential hazards identified in their workplace by risk assessments. In addition, all PPE that is in use in a work environment should be checked before each use for damage or deterioration, and replaced if there is the slightest doubt about its ability to protect. 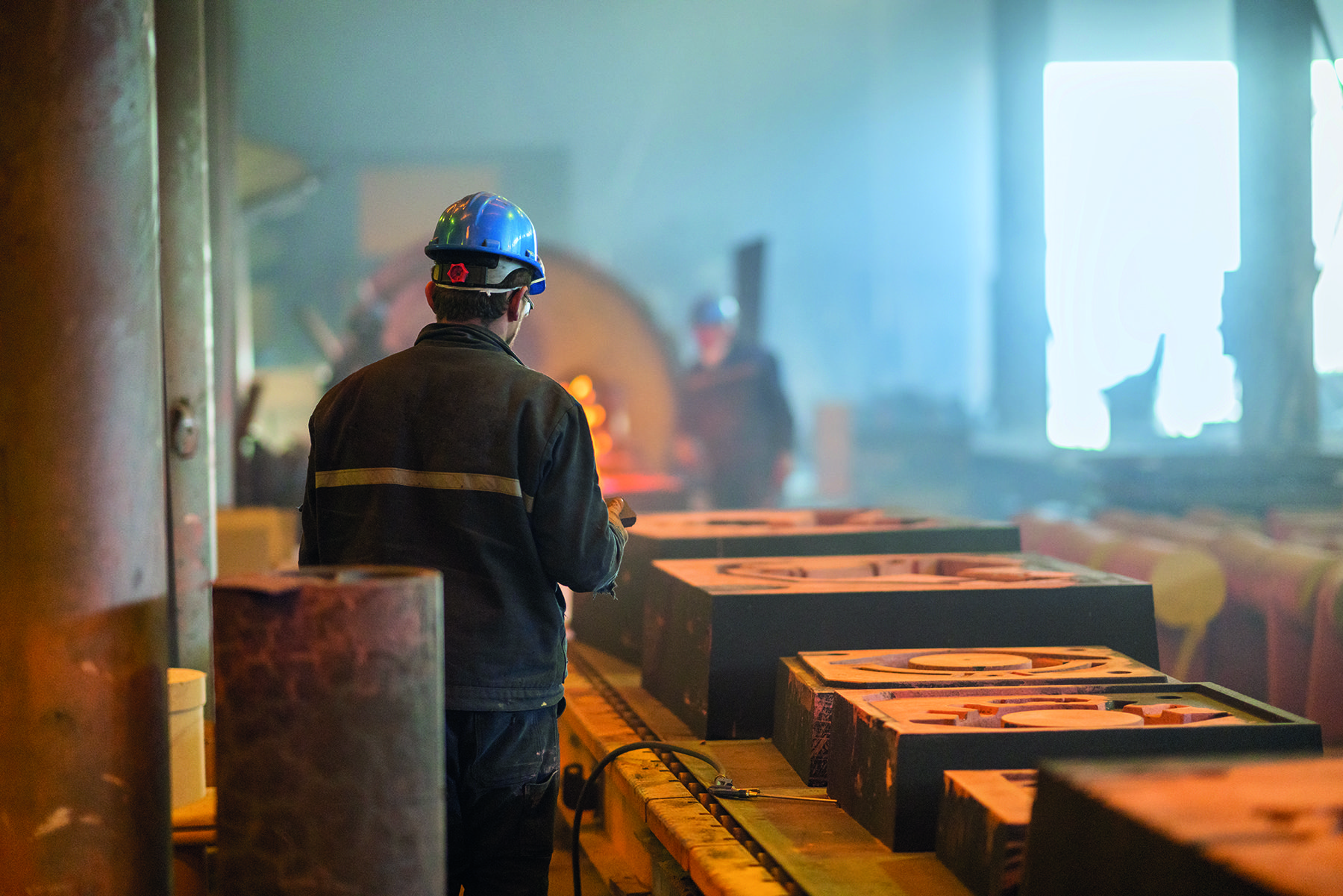 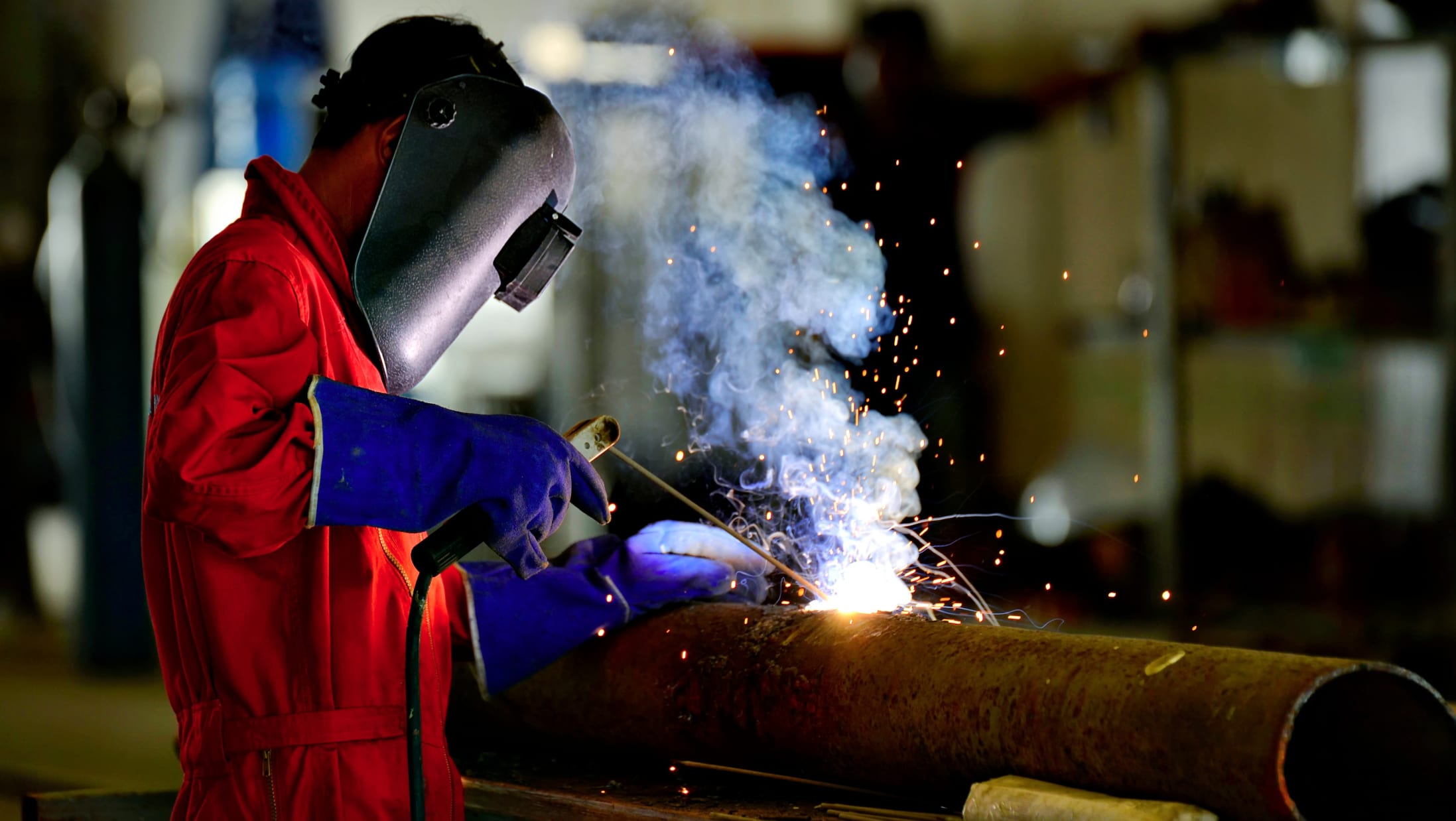