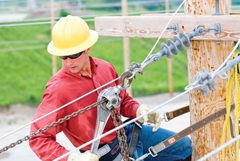 Anchor devices and anchor points are an essential part of a properly functioning fall arrest system. They come in many variations to suit a range of situations, which is why it is important to ensure that the most appropriate anchor device is chosen for the task required.

It is also vital to make sure that the correct personal protective equipment (PPE) is used – for example, a full body harness and energy-absorbing lanyard – in conjunction with the appropriate anchor device. The applicable standard for anchor devices in Europe is EN 795.

Advice regarding multi-user devices is addressed by CEN technical specification 16415.

This standard was originally intended to facilitate the CE marking of fall protection anchor devices and included five classes: A, B, C, D and E. Some, however, were deemed to be outside the scope of the European PPE Directive 89/686/EEC. The classes in question were A, C and D which describe devices fixed onto a building or a similar permanent structure and, therefore, are not considered ‘personal’ protective equipment under the scope of the Directive.

The standard was updated by CEN/TC 160 and ratified in 2012 in the form of EN 795:2012. A large proportion of the standard remains the same or similar, though ‘classes’ of anchor devices have been replaced with ‘types’.

One important difference in scope is that whereas the 1996 standard allows anchor devices to be permanently fixed to a structure, the 2012 version requires devices to be removable from the structure to comply. Another point to note is that the revised standard only includes test methods for single user devices, compared with the 1996 version offering methods for multi-user devices. The introduction of EN 795:2012 directs readers to a separate technical specification (PD CEN/TS 16415:2013 for anchor devices for use by more than one person simultaneously).

Under normal circumstances once an updated version of a standard is published it supersedes the old version and any new product to which the standard relates is expected to meet the requirements of the latest version. Although EN 795:2012 has superseded EN 795:1996, the latter remains the version listed in the European journal of current harmonised standards.

The reason for this is that EN 795:2012 has not removed concern over the definition of types of anchor devices. A formal objection lodged in September 2012 means the revised standard has not yet become harmonised by the European Commission and will not provide a presumption of conformity to the PPE Directive until such time as it is harmonised.

The current situation, then, is when selecting or purchasing an anchor device within type ‘A’, ‘C’ or ‘D’, it is not necessary to look for a CE mark or be shown an EC type-examination certificate to confirm the anchor device has been through a certification procedure.

Instead, prospective purchasers should satisfy themselves by requesting a copy of the full EN 795 test report for the product and checking that a comprehensive quality system (to ISO 9001 level or equivalent) is in place. This can provide confidence that the product is compliant and regularly checked.

Products considered as PPE would be covered by the Notified Body carrying out third party ongoing conformity checks. In some instances, type A, C and D anchor devices may have a CE mark, but this is most likely because they were certified several years ago – before guidance was issued to confirm that these should not be considered as PPE.

More recently, Notified Bodies have not been able to issue an EC type-examination certificate for an EN 795:1996 or EN 795:2012 type A, C or D anchor device.

Single user anchor devices conforming to types ‘B’ or ‘E’ still require certification as they are temporary transportable devices and are, therefore, considered as PPE. Sellers, purchasers or users of type B or E anchor devices should ensure that the CE mark is present on the device, along with the relevant standard number and user information.

Each of the types (or classes) indicated in Table 1 has its advantages and disadvantages, depending on the situation for which an anchor device is required. Types C and D allow for greater manoeuvrability compared with A, B and E devices, as they allow the user to move quickly along a line without having to swap or move anchorage points.

Type B anchor devices are designed to be easily transported when compared to other types, as they normally require minimal installation or can be broken down and moved quickly. Type A devices are normally small and lower cost compared with the four other types. Type E anchor devices are created by connecting multiple sections of mass to create a large deadweight, and are designed in many cases to be used on multiple roof surfaces without the need to affect the roof integrity.

Both versions of the standard require similar physical tests to be conducted on anchor devices before they can be marked as compliant. The tests include:

Other specific tests are required but these are dependent on which version of the standard is being used and the anchor type or class. Some of these tests include a deflection test (EN 795:2012 all types), a dynamic strength test (EN 795:1996 class C) and compatibility dynamic tests (EN 795:2012 type E). See Table 2 for complete testing requirements.

Before an anchor device can be marked as compliant with the relevant standard, it must first pass all the tests mentioned in Table 2 and also meet the applicable design, user information and marking requirements. These requirements should be checked for every loading direction that could occur during a fall. In the situations where an anchor device requires certifying to the PPE Directive (types B and E), these test results would need to be submitted with the anchor device technical file to undergo the EC type-examination to allow for the product to be marked with the CE logo.

Although EN 795:2012 is not harmonised, as it includes the most up to date methods and information, it is the preferred standard when testing an anchor device for the purposes of fall arrest. As EN 795:1996 is still the harmonised standard, however, this version can still be used for testing and certification.

Products which have the CE mark undergo ongoing testing and auditing to ensure that the items being produced still show the same quality and meet the same performance requirements as when the original type-testing was conducted.

If requested, an EC type-examination certificate and 11A /11B certificate (if applicable), test reports or quality compliance certificates should be provided by the manufacturer to show that its anchor devices are still being made to the same specification. Where some anchor devices are not CE marked due to their type, it is recommended that the buyer/installer checks that the manufacturer maintains a similar quality system.

These reports and certificates should be from independent accredited laboratories (to ISO 17025) and Notified Bodies rather than those produced by manufacturers’ in house laboratories.

Regular inspections and periodic examinations of the anchor device should always be in place to ensure that it continues to function correctly and has not deteriorated. Normally, when an item of PPE is certified, the user information is checked to ensure the manufacturer includes details on this and how to maintain the product. In cases where an anchor device is not CE marked it is advisable to acquire information, instructions, recommendations and advice from the manufacturer to be able to do this.

Another consideration is whether the anchor device has been tested in the substrate on which it is required to be used. An anchor device’s performance is likely to change significantly when installed in or on different materials, and may not be safe to use without testing.

In many situations, anchor devices are required for use by more than one person. This is because certain jobs need to be carried out by different people, while ensuring that everyone has the same level of protection from falling.

The technical specification is PD CEN/TS 16415:2013 and most of the methods within it are the same, or use test principles from EN 795:2012, but with more severe requirements to ensure that the anchor devices are capable of withstanding several users falling on them.

Multiple user anchor devices are not considered ‘personal’ protective equipment and cannot be certified as PPE. For devices that will always be used by two or more people simultaneously, it is recommended that before buying or using these devices, checks are made on the manufacturer’s quality system and that evidence is sought to demonstrate compliance with TS 16415:2013.

Although there are unresolved issues surrounding the definition of anchor devices in the context of European PPE Directive 89/686/EEC, provided that suitable checks and considerations are made on the compliance and manufacturing quality controls, selecting an appropriate anchor device should not be overly problematic.

As we have seen, not all anchor devices will be required to show the CE mark but checks on test reports and annual auditing by a knowledgeable body should help to ensure that current production is still compliant.

An anchor device for single use can comply with either EN 795:1996 or EN 795:2012 or both,, as devices compliant with either standard are safe to use. It is recommended, however, that devices are tested, and potentially certified, to the newer version.

What can SATRA offer?

SATRA can test all types of anchor device to both versions of EN 795. Our test facility consists of a 5.5m drop test pit with A-frame, a 9m test tower, large concrete area for installing anchors and a 70m length beam allowing up to a maximum of 25m single span anchor lines or up to 70m multi span anchor lines for testing.

Our equipment includes a range of test dummies, load cells, test masses, corrosion cabinets, conditioning cabinets and an endurance tester. Not only do we offer testing to EN 795, but we also carry out a range of fall arrest testing to European, ANSI and Australian standards. 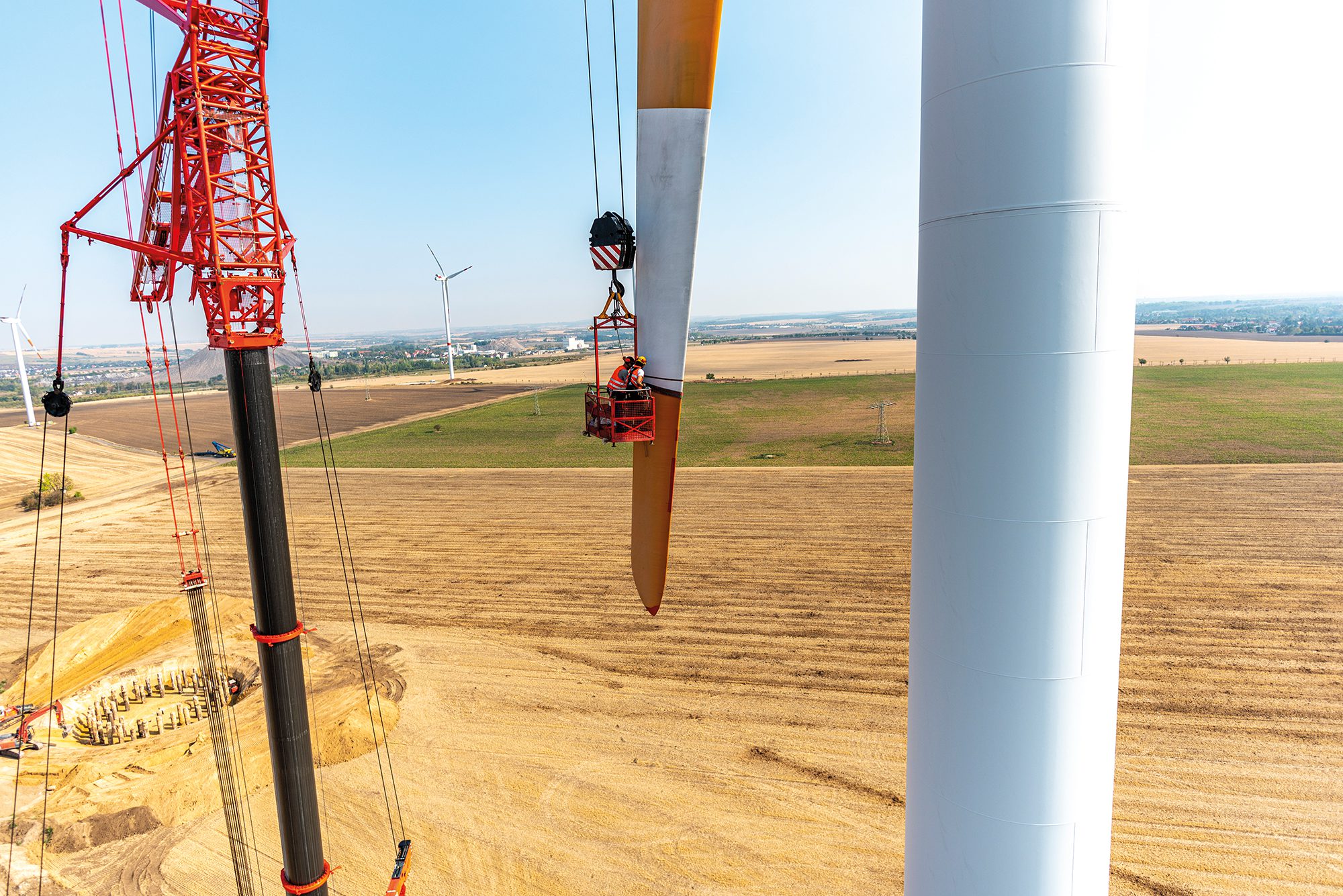