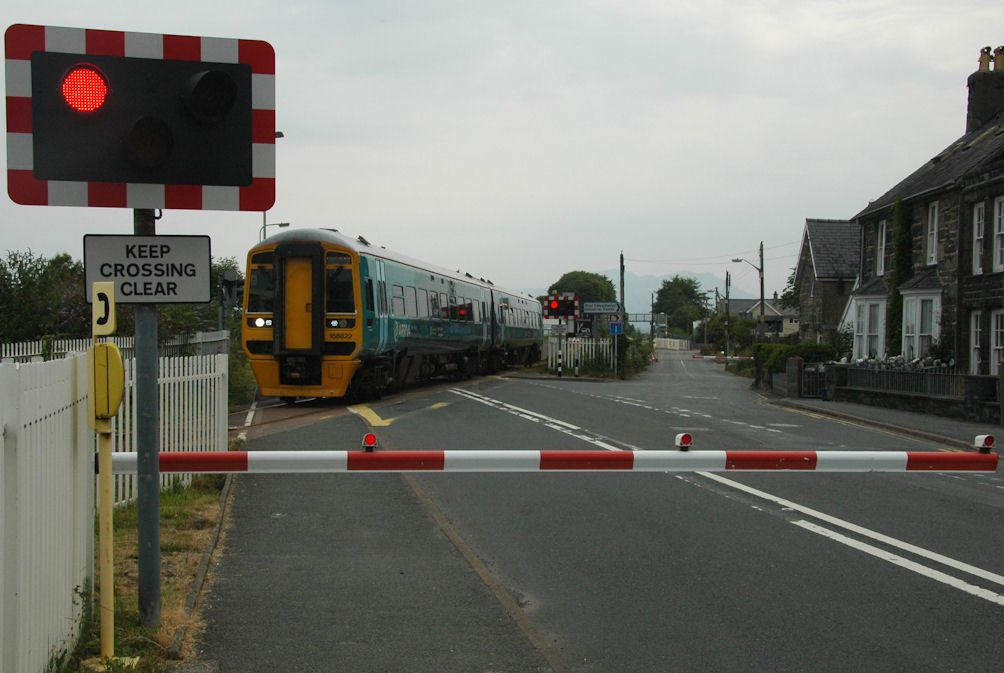 By The University of Huddersfield

NETWORKS of tiny wireless sensors could not only improve safety at railway crossings but would also be much less costly to install and maintain, drawing their electrical power from track vibration. These are among the findings of a UK Government-funded project carried out by rail experts at the University of Huddersfield.

The Institute of Railway Research (IRR) won funding from the Department for Transport (DfT) to investigate new methods of crossing control. The successful bid was drawn up by Research Fellow Dr Farouk Balouchi, an electronics engineer with special expertise in “energy harvesting” – meaning that electrical power is drawn from sources that could include track vibrations caused by an approaching train.

This would provide a “free” power source for relatively inexpensive sensors that could be attached to tracks in the vicinity of a crossing. They would then form a wireless network to send a message to lower or raise the gates.

Now that they have demonstrated the feasibility of using wireless sensors to control automatic level crossings, researchers based at the University’s Institute of Railway Research (IRR) are to hold talks with industrial partners who can help bring the project to fruition. Peter Hughes, a specialist in level crossing safety who has supported the team states: “The UK alone has 6,599 gazetted level crossings and the technology would have global potential.”

Current train detection devices are costly and disruptive to install. “These detectors are expensive because they are made to be failsafe”, said the IRR’s professor in Railway Safety, Dr Coen Van Gulijk. “But we have shown that we can use many cheap sensors and still guarantee fail safety.”

Savings could be massive. In some locations, a conventional detection system could cost up to £500,000, with high running costs. But a wireless sensor network in the same situation could be installed for less than £20,000. It would be self-powered by vibration and the network would also be “self-healing”, said Dr Balouchi.

“If one sensor fails, the others talk to one another and create another network, creating another route for the information to travel,” he explained.

He added that wireless sensors could be fitted quickly, with no requirements for conduits or wiring that was vulnerable to theft or problems such as being gnawed by rodents. Disruption to rail services caused by installation and maintenance would therefore be minimised.

Another boon would be that the wireless sensors would not only detect trains but, because they respond to vibrations, they could also be used to monitor the condition of the track and the track bed.

The IRR is proposing a completely novel use of wireless sensors, especially with the innovative proposal to harvest energy from track vibration, but the technology has been tried and tested in the oil and gas industry and some safety-critical applications such as medical devices, said Dr Balouchi.

In carrying out the DfT-funded research project, the IRR carried out extensive testing and modelling at its fully-equipped rail research labs at the University of Huddersfield.

The University of Huddersfield

Successful, innovative and modern – welcome to the University of Huddersfield.

Whatever you aim to do in life, it pays to get a good education. And with high standards of teaching and learning and excellent facilities that’s exactly what our students can expect from the University of Huddersfield.

The University is growing its reputation as a leader in the field of Enterprise. In 2012 the University was awarded the prestigious Times Higher Education Entrepreneurial University of the Year and followed this up in 2013 when we were awarded two Queen’s Awards for Enterprise. We have helped a number of graduates to set up their own successful businesses and have a fantastic Enterprise Team who are here to help you with your ideas and make sure they get off the ground. Our state-of-the-art 3M Buckley Innovation Centre is a great hub for students who wish to set up their own business and provides a great opportunity to network with other students and local businesses.

Connect with The University of Huddersfield

POPULAR POSTS BY The University of Huddersfield