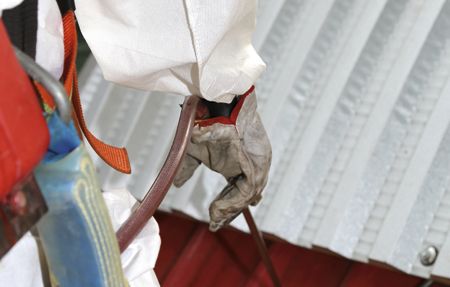 An international campaign to raise awareness of occupational cancers has directly reached hundreds of thousands of workers in its first year.

The Institution of Occupational Safety and Health (IOSH) launched the No Time to Lose campaign with the aim of alerting businesses and employees to the most common causes of work-related cancers, and how to take preventative action.

Since being launched in London in November 2014, 110 organisations from across industry and the globe have formally supported No Time to Lose and highlighted the issue to their workers, contractors and clients.

Sixty of the companies have taken their support a stage further by pledging to manage harmful exposes at work, to the combined benefit of around 375,000 employees.

At least 666,000 people a year die across the world as a result of work-related cancers – equal to one death every 47 seconds.

Through No Time to Lose, the Institution is raising awareness of the issue and shedding light on five common risk factors associated with work-related cancer registrations and deaths.

Free in-depth guidance around diesel engine exhaust emissions and solar radiation has been made available in the last year, with IOSH due to launch new materials about silica dust in the New Year. Further guidance around asbestos and shift work is also planned.

IOSH members have also given their support to No Time to Lose by hosting presentations at 35 branch and group events in the last year – reaching around 3,000 delegates in the process.

Members and IOSH representatives have also highlighted the campaign at events around the world, including in Cyprus, Gibraltar, Hong Kong and Singapore in the last month alone.

IOSH Immediate Past President Tim Briggs addressed the WSH Annual Conference in Singapore last week, hosted by IOSH Singapore Branch and the BCA Academy, about No Time to Lose and occupational cancers in construction.

He said: “Many cancers, especially occupational cancers, are preventable. Everyone can play their part in tackling them, including the workforce.

“Employers can do their part by identifying the cancer-causing materials and substances that their staff may be being exposed to, and taking preventative action to reduce the risk.

“Many organisations have made great strides in this regard over the last 12 months by embracing the No Time to Lose campaign, but the message must continue to be broadcast.

“Because of the No Time to Lose campaign many organisations are now becoming more aware of the occupational cancer issues they potentially may face.”

Around 40,000 visits have been made to the official campaign website, www.notimetolose.org.uk , resulting in 25,000 downloads of free resources from the site.

The first anniversary of No Time to Lose comes at the start of Lung Cancer Awareness Month.

Lung cancer is the most common cause of cancer registrations and deaths in the UK, with workplace carcinogens among the contributing factors.

You can follow Lung Cancer Awareness Month, organised by the Roy Castle Lung Cancer Foundation, throughout November at www.roycastle.org .