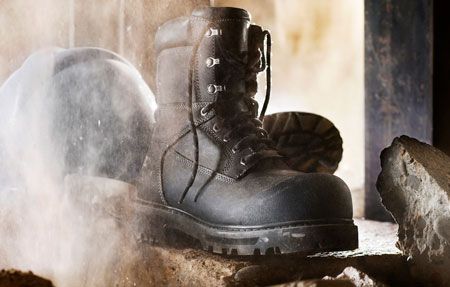 SATRA has developed a new abrasive water durability test for shoes and boots.

SATRA's researchers have developed a test, TM 446:2015, to replicate the effect that abrasive substances such as sand, silt and mud have on footwear that is submerged in water. Potential applications for the TM446 include the testing of footwear for kayaking, off-road running, and military exercises.

grit. A 'baffle bed' (patent pending) is used to diffuse air around the tank, which stops the grit from settling at the bottom.

Up until now, SATRA has been able to test for abrasion to individual components, but the new method allows holistic testing, which will enable manufacturers to see how their footwear will perform in extreme situations.

Test results would include photographs and a full SATRA test report incorporating details of whole shoe aesthetics, durability of stitching and the continued functionality of any closure system.