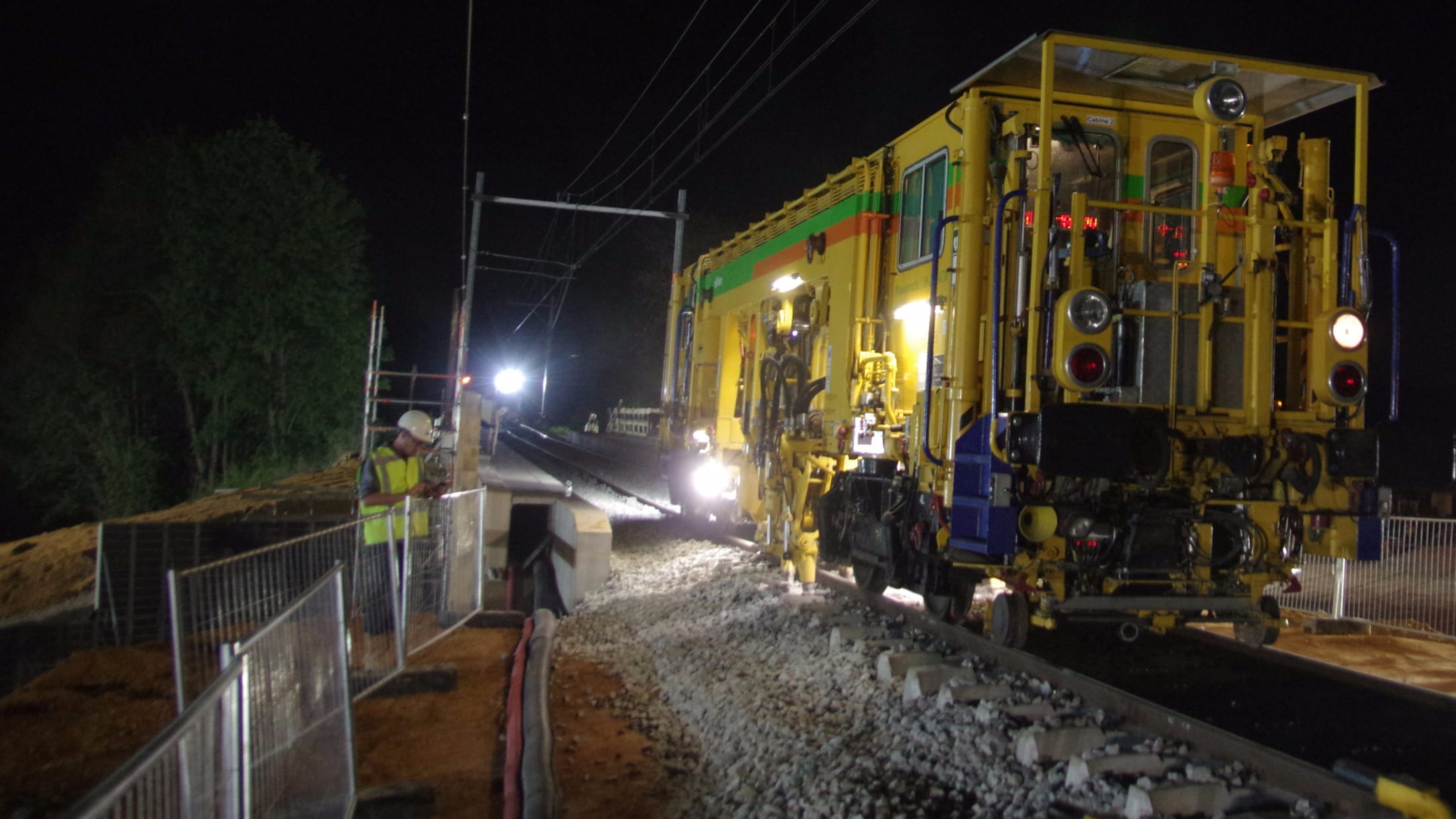 Five years ago the lighting industry was revolutionised by the launch of the world’s first LED battery-powered portable floodlight. It massively reduced noise, fumes and tripping hazards on construction sites.

Now, with further development of technology, new lightweight products on the market are available with low battery warning systems, silent and fume-free operation and low operating temperature. There are also energy-efficient Remote Area Lighting Systems (RALS) which run on a re-chargeable SLA battery with no power cord. Some of these can produce 2000 lumens of clean brilliant light for eight hours at maximum output.

Following advances in LED (Light Emitting Diode) technology a need was identified for LEDs to be used in portable lighting products, and lights emerged made from toughened ABS glass filled nylon, rendering them virtually indestructible and shock resistant. The battery was sealed gel lead Acid, therefore maintenance free, and the product was chemical and oil resistant. Flame retardant materials were also used in the construction.

These lights help to ensure a safer working environment for the general construction industry, with the main safety benefits being:

During the last decade there has been a revolution in lighting and battery technology, with manufacturers utilising batteries that burn longer and weigh less than conventional batteries in their lighting systems.

Customers have demanded lighting that is quick to recharge, solid state technology and RoHS (Restriction of Hazardous Substances) compliant, meeting the most stringent safety requirements. LED, night vision, shelter lighting and energy storage will be found in many products launching this year.

You’ll also find safety torches – many accredited by ATEX – being produced for the world’s most hazardous environments, with lights having passed rigorous testing standards.

Concerns about maintaining a ‘greener’ light source has also been a key driver in for some manufacturers developing RALS as putting the environment first grows in importance.

Environmental benefits of RALS include:

LEDs operate with chips made of non toxic materials that are completely recyclable.

Light Emitting Diode (LED) was invented by Nick Holonyak in 1962. This single invention created a revolution throughout the lighting world. The basic advantage of the LED over the incandescent lamp is greater efficiency of light per watt, lower cost of lamp replacement, longer battery life and greater impact resistance.

Due to the relative infancy of the technology, however, LED light output is not yet as bright and intense as the current incandescent lamps on the market, and so millions of Euros are being poured into this area of research to resolve this shortcoming.

The LED produces light by moving electrons through materials to create photons of light. The materials used to create the LED are organised into a ‘chip’ and lie on a flat substrate.

“LED, night vision, shelter lighting and energy storage will be found in many products launching this year”

In contrast, the Edison filament hangs between two poles like a tight rope. By lying on a flat base the LED is inherently more stable when subjected to an impact, which can literally mean the difference between life and death.

The LED also creates very little heat compared to the filament and this aspect alone lends itself to a safer working environment, especially when used in a volatile atmosphere. This lack of heat means that more energy is converted into photons of light, whereas the filament lamp creates a tremendous amount of heat as the filament burns.

This can lead to a surface temperature on the glass envelope in excess of 150°C (302°F) – enough to automatically ignite some volatile gasses.

Probably the most important advantage of the low heat an LED produces is that the lamp’s life is upwards of 100,000 hours, compared to the 20 or 60 hours of a conventional torch lamp. As one can imagine, the combination of low battery consumption and long lamp life leads to a torch that rarely needs replacing.

Safety is imperative to professionals such as a miner or plant maintenance technician, and it is vitally important that a light or torch operates reliably. The ramification of a torch lamp failing at the critical moment when a firefighter enters a burning building needs no explanation. LED technology renders lamp filament failure, which is probably the most common mode of torch lamp failure, a thing of the past.

All lights, even those as small as a torch, need to conform to tough safety standards.

Though they seem to be small and innocuous, the lamp and the batteries inside can be a significant source of ignition when used in a hazardous and volatile environment. The lamp filament operates at a very high temperature and some gasses will ignite if they come into contact with either the filament or even the glass envelope.

The batteries themselves can be a source of ignition, too, especially if a short circuit occurs, resulting in the generation of a spark. In France in 2006, 3,874 work injuries were reported due to obstacles left on the ground in the building and civil engineering industry, representing 188,359 lost working days.

Moreover, the European Agency for Safety and Health at Work cites the danger of slips, trips and falls as the main reasons for occupational accidents, and stresses that one out of five workers in Europe has to raise tone pitch in order to be heard, which in the long run causes hearing disorders.

New style RALS can be the ideal solution to prevent some of the most common injuries at work making work sites, supporting a safer, wireless working environment.

New developments for RALS include the production of incredibly bright and portable area lights, featuring ten next generation LEDs and a beam spread of 120 degrees that effectively lights a large area.

Additionally, there are models which offer two brightness settings that shine 2,400 lumens for three hours in high setting and 1,200 for six hours in low. This light is powered by the latest maintenance-free, nickel metal hydride rechargeable battery.

Other recently launched products include a night-vision friendly Shelter Lighting System (SLS), featuring 24 white and 12 red next generation LEDs. Designed to be controlled separately or linked together, the user can instantly switch between night-vision and normal modes.

“the need for night vision lighting systems is constantly growing, with many manufacturers working hard to fill the untapped potential for energy efficient lighting products”

In one particular design, each of the three heads can be powered by either a standard 100-240V socket or a 12-30 volt dc power source. With a beam spread of 210 degrees, this particular system will easily illuminate small, medium and large GP military tents (2000 lumens of clean diffused light in white mode or 400 lumens in red mode) and is engineered so tough it can be permanently secured to a shelter’s ridge pole, rolled up and transported with standard military-style tents.

Another exciting innovation on the market is a portable spotlight, featuring an LED array designed with a tightly focused 10 degree spotlight that illuminates up to 300 metres. With 24 next-generation LEDs and a dual power mode (with waterproof switch) it beams 2000 lumens in high and 1000 lumens in low.

Powered by a self-contained maintenance-free battery, the system offers up to eight hours of peak brightness with 15 hours of total run-time.

There’s also an RALS which radiates infrared light at the 940 Nm wavelength, to provide illumination up to 300 metres out with a minimal chance of opponent detection. Powered by an SLA rechargeable battery the system offers up to eight hours of peak performance and takes seven hours to be fully charged.

In this instance, portability is engineered into the system, with an extra wide grip for gloved hands and a weight of ten kilos. Built with versatility in mind the system features a swivelling telescope mast (extends to 91 cm), a 360 degree articulated light array and a wide area handle for easy gloved grip and transport. This model is extremely durable, water-resistant, and built on a polymer construction.

Applications for the future

The need for night vision lighting systems is constantly growing, as is research and development of products for this market, with many manufacturers working hard to fill the vast and untapped potential for energy efficient lighting products. RALS are frequently used by aid workers when disaster strikes, such as the catastrophic earthquake and tsunami that hit Japan last month and the devastating flooding in Australia in January.

The future is written by new innovations in technology and today’s inefficient incandescent lights will not be a part of it. By 2010 they will be completely banned for sale in Australia, and by 2014 they are required to be 30% more efficient in order to be sold in the United States. They are fragile, waste a great deal of energy and are bad for the environment.

The light created by an incandescent bulb is only 15% of the total energy it consumes; the remainder disappears as heat. Adapting the world to new lighting technologies would save an estimated 40% average in energy consumption. This would equal a cost savings, or business potential, worth $160 billion per year. This is the CO2 equivalent of 555 million tons, which is the output of 530 power stations.

Movements in technological research not only contribute to saving energy, which is at a premium in today’s market, but can also provide a higher quality of light.

Some of the benefits of LED lighting include cool IR and UV-free beam, low energy consumption, high reliability and a very long lifetime.

CFLs contain mercury, pose an environmental hazard and are not accepted at all recycling centres.

LEDs operate with chips made of non toxic materials and last for about 50,000 hours, compared with 1,000 hours for an incandescent and 6,000 for a compact fluorescent.

The benefits to the construction, industrial, fire and safety community are numerous.

It’s clear that in today’s fragile world, meeting the needs of today’s generation without compromising the ability of future generations to meet their own needs is crucial.

With over 40 EHS champions lined up to deliver the most exciting Health and Safety thinking, register your seat today to ensure you don't miss out!
https://ehscongress.com/