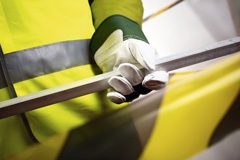 This article aims to introduce the PPE Directive to relevant economic operators such as manufacturers, importers, distributors and authorised representatives; to describe the scope and definitions as laid out by the PPE Directive; to define the responsibilities of the PPE Directive; and to set out the conformity assessment procedure within the Directive. With the basics in place, the spotlight is then turned to glove standards, with the specific requirements for industrial hand protection described later in this article.

Throughout this article references will be made to the PPE Directive, supported by the Guidelines on the application of the PPE Directive, which hereafter will be referred to simply as Guidelines. References will also be made to the Blue Guide on the implementation of EU product rules, which will be referred to as the Blue Guide from here on in. All of these documents can be found through the European Commission’s Enterprise and Industry website.

PPE is defined as: “Any device or appliance designed to be worn or held by an individual for protection against one or more health and safety hazards.” Examples of PPE are protective clothing including gloves, jackets and trousers, respiratory protective devices, personal eye protection, industrial safety helmets, and hearing protectors. Types of equipment specifically not covered by the PPE Directive are protective equipment for use by the armed forces, PPE for self-defence such as personal deterrent weapons, and helmets and visors intended for users of two or three wheeled motor vehicles. In addition, presentation of PPE that is not in conformity with the provisions of the Directive is allowed at trade fairs and exhibitions, provided that an appropriate notice is displayed drawing attention to this fact.

The PPE Directive has two main functions: • To put in place harmonised conditions governing the placement of PPE on the European Union internal market • To provide basic safety requirements, which PPE must satisfy to ensure health protection and safety of its users The basic health and safety requirements (BHSRs) as laid down within the PPE Directive cover aspects such as ergonomics, innocuousness, comfort, efficiency and the information such as instructions as supplied by the manufacturer.

The PPE Directive is currently the oldest of the so called ‘new approach’ Directives. As such it lacks a coherent distinction of economic operators, such as manufacturers, importers, distributors and authorised representatives, as well as their responsibilities as recently introduced by the New Legislative Framework for the marketing of products. This omission is to be rectified by future PPE regulations, which will be discussed briefly later in this article. Nevertheless, the current PPE Directive identifies manufacturers and authorised representatives as main actors responsible for establishing conformity with the PPE Directive.

According to European Decision No. 768/2008/EC, when referring to a common framework for the marketing of products a manufacturer is: “Any natural or legal person who manufactures a product or has a product designed or manufactured, and markets that product under his name or trademark.”

Authorised representatives are defined as: “Any natural or legal person established within the European Union who has received a written mandate from a manufacturer to act on his behalf in relation to specified tasks.”

The second main obligation of a manufacturer is to affix a CE mark and to provide an EC Declaration of Conformity. EU member states should regard PPE bearing a CE mark that is accompanied by an EC Declaration of Conformity to be compliant with the BHSRs as well. It is important to realise that by affixing the CE mark, the manufacturer declares that the product not only satisfies the requirements of the PPE Directive, but that it also conforms to the provision of other applicable European Union harmonisation legislation.

The PPE Directive distinguishes three groups of PPE, each covered by their own conformity assessment. It does not explicitly define these three groups, but they are commonly recognised as: • Category I – simple design • Category II – neither simple nor complex • Category III – complex design

Category I Manufacturers of simple design PPE are allowed to assess the level of protection and declare conformity by means of a Declaration of Conformity, without the interference of a notified body.

Category I exclusively covers PPE intended to protect the wearer against: • Mechanical actions whose effects are superficial – e.g. gardening gloves and thimbles • Cleaning materials of weak action and easily reversible effects – e.g. gloves affording protection against diluted detergent solutions • Risks encountered in the handling of hot components that do not expose the user to a temperature exceeding 50 °C or to dangerous impacts – e.g. gloves and aprons for professional use • Atmospheric agents of neither an exceptional nor extreme nature – e.g. headgear, seasonal clothing and footwear • Minor impacts and vibrations that do not affect vital areas of the body and whose effects cannot cause irreversible lesions – e.g. light anti-scalping helmets, gloves and light footwear • Sunlight – e.g. sunglasses and visors

Category II Manufacturers of Category II PPE are subject to an EC type examination by a notified body, followed by a Declaration of Conformity by the manufacturer. This category covers PPE that is defined by neither Category I nor Category III.

Category III Manufacturers of Category III PPE are subject to an EC type examination by a notified body and to one of the two quality assurance procedures as described in Article 11 of the PPE Directive. Upon completion, the manufacturer must compile a Declaration of Conformity.

The scope of the EN 420 standard is to define general requirements and relevant test procedures for glove design and construction, resistance of glove materials to water penetration, innocuousness, comfort and efficiency, and markings and information supplied by the manufacturer. This standard addresses the protective properties of gloves and should therefore not be used alone, but rather in combination with the appropriate specific European Standards. Pursuant to paragraph 4.1 of the standard, the gloves should be designed and manufactured so that in the foreseeable conditions of use for which the glove is intended, the user can perform the hazard related activity normally while enjoying appropriate protection at the highest possible level. Additional characteristics taken into account by the EN 420 standard are resistance of glove materials to water penetration, innocuousness requirements, cleaning instructions and electrostatic properties.

The testing of PPE is usually carried out by an accredited test laboratory. Specific test methods, detailed calculation methods and technical procedures can be found in the aforementioned standards and the references therein to other international and European standards. In addition to requirements and test methods, the EN 420 standard provides for marking requirements on the glove and packaging marking, such as the name of the manufacturer, the commercial name of the glove, size designation and other practical information for the potential buyer or end-user of the gloves.

The PPE Directive has a proven track record spanning the last two decades. It ensures that PPE marketed within the European Union complies to basic health and safety requirements as set out in the Directive. While the ‘new approach’ is still in place, the European Union has identified and recognised several problems that were overlooked during the introduction of the PPE Directive. This led to an update of the ‘new approach’, as introduced by the new legislative framework.

The concept and objective of this new initiative was used for drafting a new piece of legislation – the proposal for a regulation on Personal Protective Equipment. The overall objectives of the proposal are to better protect the health and safety of PPE users, to ensure a level playing field for PPE economic operators within the internal market, and to simplify the European regulatory environment in the field of PPE. The proposed regulation will become applicable two years after its entry into force. The final text is expected to become available this year (2014), meaning the entry into force will be at some point in 2016. 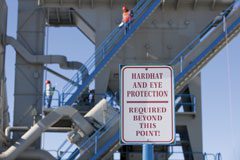