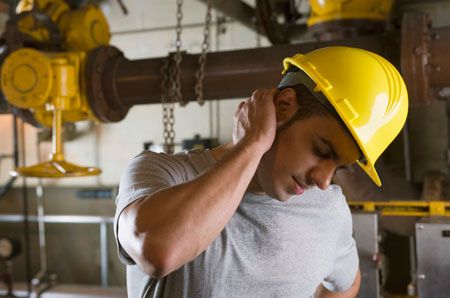 Provisional annual data for work-related fatal accidents in Great Britain’s workplaces shows small change from previous years, sustaining a long term trend that has seen the rate of fatalities more than halve over the last 20 years.

Provisional annual data released by the Health and Safety Executive (HSE) reveals 142 workers were fatally injured at work between April 2014 and March 2015 – a rate of 0.46 fatalities per 100,000 workers. This compares to last year’s all-time low of 136, which equated to 0.45 fatalities per 100,000 workers. Fatal injuries at work are thankfully rare events and as a consequence, the annual figures are subject to chance variation.

The statistics again confirm the UK to be one of the safest places to work in Europe, having one of the lowest rates of fatal injuries to workers in leading industrial nations.

Judith Hackitt, the HSE’s Chair, however, points out that every death is a tragedy. Hackitt said: “It is disappointing last year’s performance on fatal injuries has not been matched, but the trend continues to be one of improvement. Our systems and our framework remain strong, as demonstrated by our performance in comparison to other countries.

“Every fatality is a tragic event and our commitment to preventing loss of life in the workplace remains unaltered. All workplace fatalities drive HSE to develop even more effective interventions to reduce death, injury and ill health.”

The published statistics also include a breakdown by country and region. These are strongly influenced by variations in the mix of industries and occupations. For example, in Scotland and Wales compared to England, there are noticeably fewer employees in lower-risk occupational groups, with relatively more in higher-risk ones. In addition, the number of fatalities in some regions is relatively small, hence susceptible to considerable variation.

HSE has also released the latest available figures on deaths from asbestos-related cancer. Mesothelioma, contracted through past exposure to asbestos and one of the few work related diseases where deaths can be counted directly, killed 2,538 in Great Britain in 2013 compared to 2,548 in 2012.

A more detailed assessment of the data will be provided as part of the annual Health and Safety Statistics release at the end of October.