With ‘green energy’ now firmly on political agendas, some grey areas in terms of safety are emerging. Peter Grasby uncovers an urgent need for research into exposure to infrasound and low frequency noise, and discusses known – but arguably hushed up – health effects to maintenance and installation personnel, and the broader community.

Wind power is a renewable source of energy that has seen a dramatic increase in installed capacity the last decade. The growth has not only been in the number of wind turbines but also in their size, from average capacities of 100 kW in the 1990s to 2 MW turbines at present date. Presently, hub heights are around 100 m with rotor blades around 50 m and 10 MW prototypes taller than 200 m have been developed.

The growing turbine sizes have raised fears that the sound characteristics will shift to lower frequencies. This should be taken seriously, because sounds with prominent infrasound (1–20 Hz) and low frequency (20 – 200 Hz) components may affect human health and wellbeing to a larger extent than sounds without such components. For example, loudness and annoyance of infrasound and low frequency noise increases more rapidly with increasing sound pressure levels than sounds of higher frequencies. Thus, once the sound pressure passes the absolute threshold of detection only a small further increase is needed to make the sound loud and annoying.

The above facts are cited to provide an awareness of the seriousness of noise and vibration exposure to humans. Further research on the effects of noise and vibration will almost certainly prove there is more direct danger to the human internal organs and infrastructure. The figures are from worst case illustrations, but the underlying LFN issues are therefore proportionally applied and require acknowledgement.

In simple terms, human physiology is the study of the body and its functions in each of the different systems in any living body. Physiology focuses principally at the level of organs and systems.

As already indicated, these effects can be emergent due to exposure below the hearing threshold, because these facts presuppose a conscious perception of the LFN. The findings also seem to support changes in blood pressure, respiration rate, EEG (Electroencephalography) patterns and heart rate caused by exposure to LFN, both perceptible and imperceptible.

Eye movements and EEG were recorded during an optokinetic test when the subjects were exposed to pure-tone sound (85 dB at 4,000 Hz), impulse noise (159 dB), and vibration directed to the abdomen (at an amplitude of 0.9 mm at frequencies of 40 to 140 Hz). The frequency and velocity of optokinetic nystagmus significantly increased in response to these stimuli.

It was concluded that vibration and noise, when excessive, may interfere with visual orientation and hence disturb equilibrium. These findings can be related to the nonspecific dizziness that occurs in aerospace or industrial workers exposed to excessive noise and vibration.

The research and current information reviewed in this tract is mainly based on laboratory studies. Only a few field studies were found. A comprehensively critical view of methodological issues concerning these findings is needed.

The following comprehensive but not exhaustive topics must be further explored as essential in the consideration of the effects of low frequency noise holistic exposure to the human body for later studies:

The level of the airborne noise and the body vibration caused by this airborne noise – or by other sources – ought to be considered simultaneously. Appropriate methods for laboratory and field studies were described by Takahshi et al (1999 and 2001) and Smith (2002).

Combined effects of LFN and body vibration should be taken into account. There is some evidence of mutual effects of both factors at least concerning the thresholds of hearing and vibro-tactile sensation (Sueki et al 1998) and the influence of vibration on the equal loudness level contours (Bellmann et al 1999).

This article reviews the present knowledge of infrasound and LFN exposure from wind turbines and related disturbances or ill health of maintenance and installation teams near to or adjacent to operational wind turbines. In this article, LFN is defined as sounds with frequencies between 20 and 200 Hz, and infrasound is defined as sound with frequencies between 1 and 20 Hz.

The authors have reported on vibro-acoustic disease for many years, but the syndrome has attracted limited attention from other researchers. The problem may only be relevant at high occupational exposures, such as aircraft maintenance (Castelo Branco and Alves-Pereira 2004), and hardly at the low dose exposures by wind turbines.

Discussion of vibro-acoustic disease remains at a hypothetic stage and evidence of problems related to noise from wind turbines is lacking. The fact that wind turbine manufacturers are to say the least reluctant to provide statistical evidence of their turbines’ performances speaks volumes. The standing wave resonant frequency accruals within turbine blade forms is a major contributor to the overall infrasound and LFN emissions, when clarified with total transparency may assist the determination of the importance of this issue and other ‘black art’ areas with regard to wind turbine noise and it’s holistic effect.

There is of course ‘passing mention’ of infrasound and LFN in manufacturer’s data – manufacturers such as Siemens or Vestas – but it essentially only pays lip service to the long standing and many subjective and still unanswered questions. It is time for all manufacturers to either prove or disprove categorically the issues of low frequency noise and infrasound once and for all.

At the heart of the matter

The primary emphasis of this article is to establish the root cause of the noise emissions from wind turbine blades and the interaction and subsequent standing wave generation within the turbine blades themselves. This generally is created from many mechanical and aerodynamic sources.

Sounds generated by wind turbines are usually divided into mechanical sounds radiating from the machinery in the hub, and aerodynamic sounds generated by the blades interacting with the air. Mechanical noise emitted from the rotating machinery is often of periodic and tonal in character. These aerodynamic sources at the blades are therefore the dominating sound source from modern wind turbines. Laminar flow around the blade generates very little sound, while turbulent flow will inherently produce noise.

Three different generation mechanisms have been identified in order of increasing frequency ranges. The first source is the periodic blade-tower interaction, which generates noise that contributes to the spectra at blade passing frequency and its harmonics from around 1 to about 30 Hz. Sounds from this source are typically far below the average absolute threshold of detection (infrasound).

The second source originates from the in-flow turbulence. This is also affected by wind shear (wind speed / velocity) factors at various heights / elevations from essentially ground level which is the main sound source in frequencies from around 10 Hz up to say 200 hertz, which has been researched and provides results from 10 to 50 Hz.

The third source is the trailing edge noise, also known as Vortex Shedding, which has its peak frequency between 500 and 1000 Hz; that is, above the region of LFN. This generation is often found as a ‘pure tone’ again, although in general acoustic value does present a highly perceptible tonal value in the near field.

Common verbal descriptors of wind turbine noise include ‘swishing’ and ‘whistling’ – and ‘pulsating’ suggests that the pulsating (amplitude modulated) trailing edge noise, with a peak frequency between 500 and 1000 Hz, is the main cause of annoyance. Pulsating sounds are perceived as more annoying than continuous sound with the same frequency content and average noise level has also been demonstrated for wind turbine noise.

Two articles (Jung and Cheung, 2008 and Sugimoto et al 2008) have been cited as arguments that wind turbines generate high levels of infrasound and LFN (Salt and Hullar, 2010). The measurements reported in those articles, however, were made in close proximity to wind turbines and are characteristic of exposure in near field environments. Jung and Cheung, 2008, measured at 10 and 98 m from a 1.5 MW turbine with levels exceeding 80 dB in the frequency range 1 –10 Hz. Sugimoto et al (2008) report levels of up to 80 dB in the frequency range 1 – 20 Hz inside a small shed 20 m from the wind turbine.

The dominant source of wind turbine low frequency noise, LFN (20–200 Hz), is incoming turbulence interaction with the blade profiles and as defined above. Infrasound (1 – 20 Hz) from wind turbines is not audible at close range, and even less so at distances where crews are working, but it is sensory.

There is no hard evidence that infrasound at these levels contributes to perceived annoyance or other health effects. LFN from modern wind turbines are audible at typical levels in various environs, but the levels stated by manufacturers do not appear to exceed levels from other common noise sources, such as road traffic noise. Although new and large wind turbines may generate more LFN than old and small turbines, the increase in LFN is relative.

Wind turbine noise is generally associated with residential noise annoyance. Subjectively it has been found that 10 – 20% of residents are annoyed, and about 6% are very annoyed by wind turbine noise at levels between 35 and 40 dB (LAeq, at 8 m s – 1 wind speed at 10 m height). The studies related to this again do not define LFN or infrasound and the main cited cause of annoyance seems to be the pulsating swish sound produced when the blades pass through the air. This sound has its main recognised energy in the frequency range of 500 – 1,000 Hz. No information relating to LFN is referred to in these ‘subjective’ studies.

It has been argued that infrasound and low frequency noise from wind turbines may cause serious health effects in the form of ‘vibro-acoustic disease’, ‘wind turbine syndrome’ or harmful infrasound effects on the inner ear. Empirical supports for these claims are lacking, however, which is quite understandable given the missing factual information to resolve or answer these unanswered questions – which presently appears as the cloak of mystery the manufacturers hide behind. 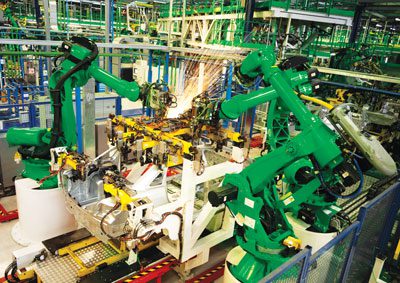 What Have You Heard About Noise?