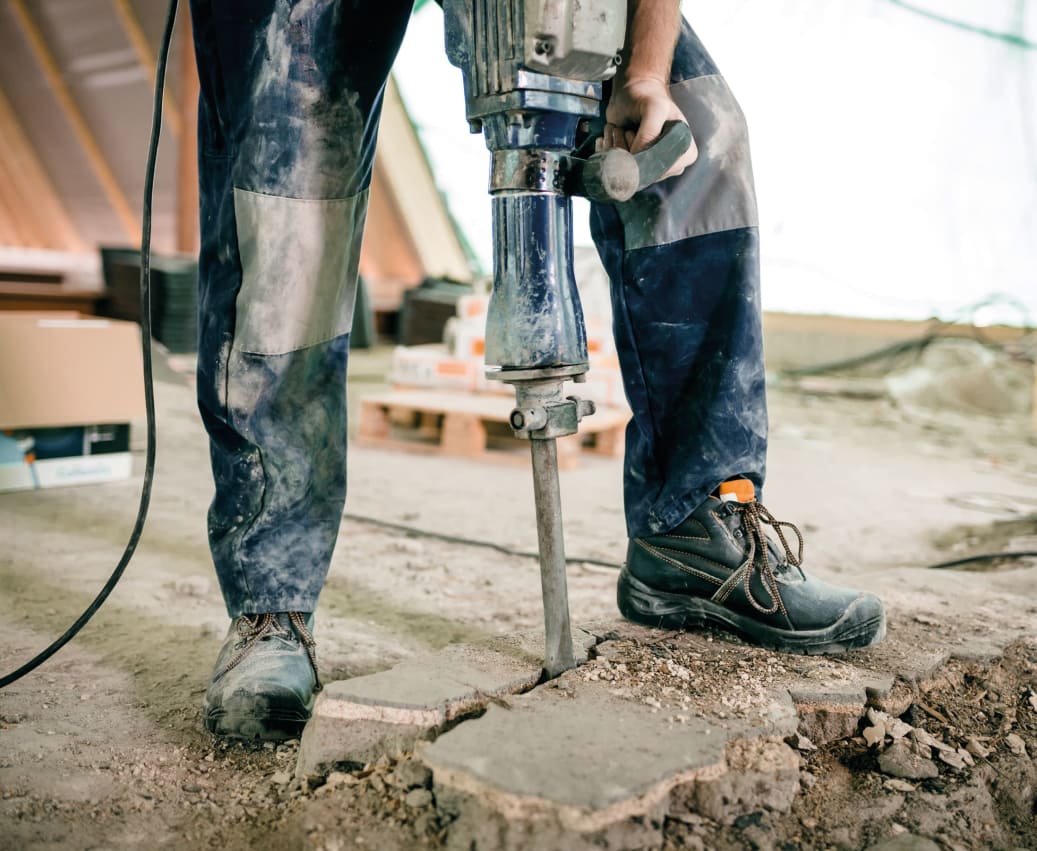 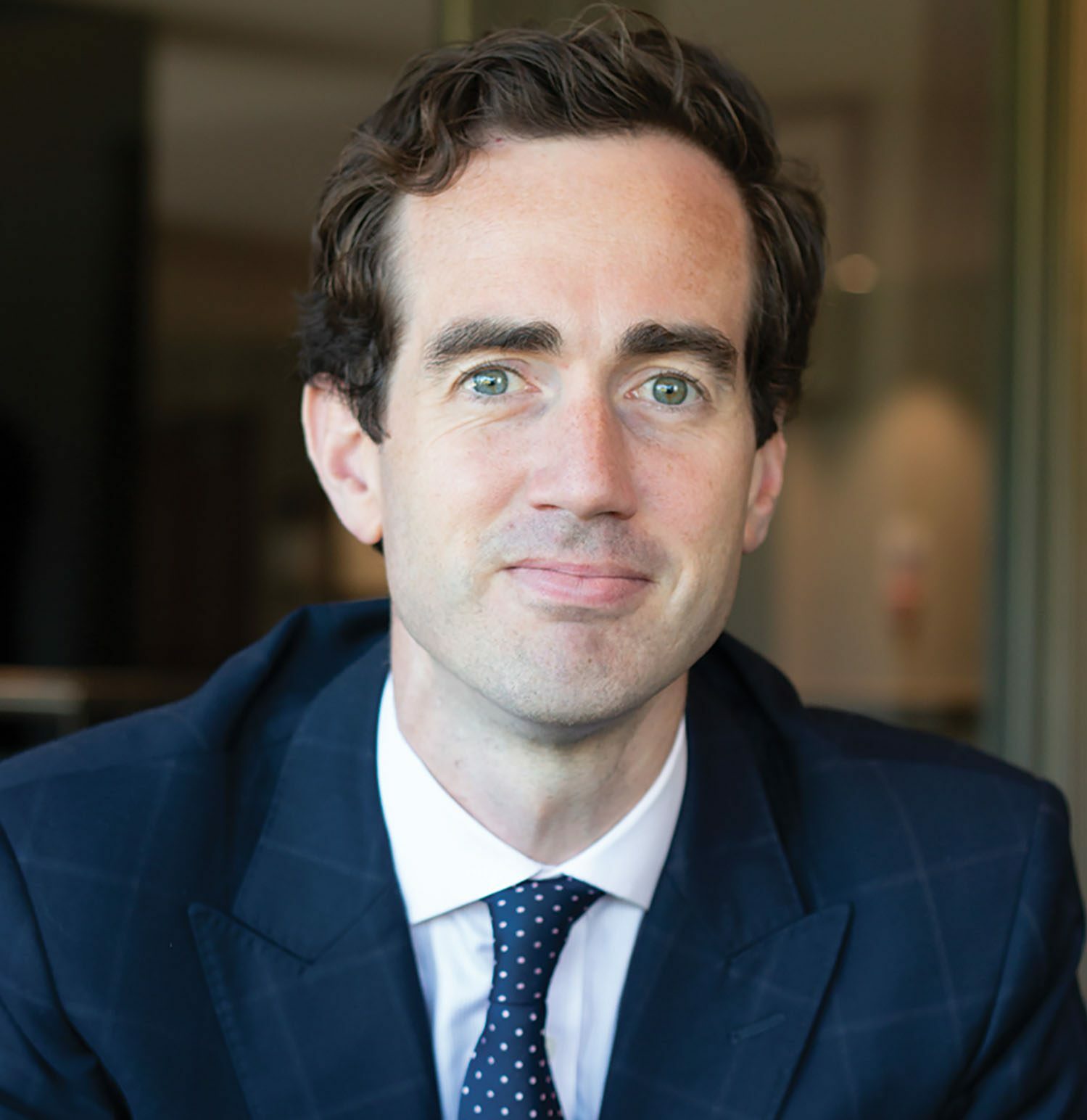 The unintentional striking of underground assets, such as cables and pipelines, can cause life changing injuries to construction workers. Therefore, asset owners and local authorities have a duty of care to better protect those working on the frontline, as well as the general public.

Richard Broome, Managing Director at LSBUD (Linesearch BeforeUdig), draws on data from the company’s recent ‘Digging Up Britain’ report to highlight how common a problem such strikes are and looks at what more can be done to ensure workers stay safe.

Scale of the problem

It has been widely estimated that more than four million excavations take place across Great Britain each year. In 2017, only 2.25 million of these involved a thorough search for pipes and cables before the work commenced. This means that 44% did so without detailed examination for existing underground assets. This not only suggests that the critical utility infrastructure is at constant risk of being accidentally damaged, but also that construction workers’ lives are regularly at risk.

Currently there is more than 1.5 million km of underground infrastructure already in situ. With the majority of digging work being carried out by contractors, normally on behalf of utility companies or councils, it is easy to see why every time a spade or digger bucket hits the ground, workers lives are at risk. Plus, with less than one percent of local government making its asset information available via resources like LSBUD, it doesn’t matter whether it is for fencing, housebuilding or piling, workers are at heightened risk of injury and loss of life.

So, just how big an issue are pipe and cable strikes? Our report gauged the scale of the problem by reviewing the level of electrical cable and gas pipeline strikes that are reported to the Health and Safety Executive (HSE) each year. Although awareness around the subject of asset strikes is improving, the sheer scale of construction work taking place means there are still high levels of incidents and this problem is growing fast. For instance, the number of ‘safety related electrical incidents’, reported in 2012/13 was 162, whereas the incidents reported in 2016/17 was up to 1,244. This is an increase of 668 percent over five years, doubling in the last year alone.

Reported strikes to gas pipelines are falling, but still managed to clock up 1,264 in the last year. It is important to remember that these numbers are for ‘reported’ incidents, so they do not take into account the significant volume of incidents not brought to the HSE’s attention.

The report not only looked at the scale of the problem, but also identified the sectors responsible for most of the groundwork activity. According to the LSBUD data, the highest volume of searches came from the telecoms industry, with 799,553 enquiries made in just a one year period. Using these statistics as a representation of all the work being carried out in the UK, it is fair to say that the telecoms sector makes up 35 percent of all digging work that takes place. At 23 percent, water companies and their contractors generated the second highest volume of search enquiries during 2017.The implications of a strike are evident on both an individual and organisational basis, and will heavily depend on the level of strike severity

When this data is broken down further, it is possible to highlight the type of work that is taking place most often, and therefore identify where possible strikes are statistically most likely to occur. With the telecoms sector making up the most searches, it is perhaps unsurprising that utility work was cited as the reason for the highest number of searches. In fact, it came in at 1.8 million searches, which makes up 80 percent of all enquiries made. In addition to this, maintenance and repair on the UK’s highways received over 305,000 searches, with housing work receiving 26,104.

What these figures show us, is that every day assets are exposed to the possibility of strikes every time work is carried out, which puts workers at risk. Without the proper assessments and appropriate searches contractors are regularly exposed to strikes that can cause life changing injuries or death.

The implications of a strike are evident on both an individual and organisational basis, and will heavily depend on the level of strike severity.

The safety of workers should always be the number one priority, no matter the financial ramifications. Strikes whilst digging can cause serious injury, or in the most severe cases, fatalities. In the five year period between 2012 and 2017, the HSE reported 318 injuries and fatalities caused by underground electrical cable strikes. Again, this is only the number that was reported to the HSE, so it is likely that many more strikes went unreported.

When focusing on gas pipeline strikes, it is easy to see why they are likely to cause more widespread harm. One example often used to reiterate the importance of asset searches is a near miss in Birmingham from 2005. A subcontractor was undertaking an everyday connection to the gas network in a densely populated area that was close to Spaghetti Junction. The subcontractor mistook a 12” multifuel pipeline for a 6” gas pipeline, so when drilling started the contractors were unaware that they were drilling into a pipe with petrol running through it at very high pressure. Thanks to a regular patrol by the pipeline technicians, a strike was avoided by millimetres, but if work had continued for a matter of mere minutes longer, it would have been Britain’s most extreme fuel pipe incident.

In 2017, a tier one contractor was fined £600,000 after a worker employed by one of its subcontractors was set on fire and left ‘physically and mentally scarred’, when he hit an electrical cable with a pneumatic drill. An investigation by the Health and Safety Executive (HSE) found that the company, which was working for Gloucestershire County Council, did not provide adequate information on the location of the underground network. The worker suffered lifechanging injuries as a result.

Helena Tinton, Principal Inspector at HSE, was reported to have said: “Had the contractor given adequate information to the team working on site, and had the contractor ensured the work was properly planned and supervised, this incident could have been avoided.

“This case should act as a reminder to local authorities and their contractors of the risks of working underground and the danger of severe electric shocks.”

In addition to health and safety, both financial costs and damage to brand reputation are also major implications of hitting underground assets. The commercial impact of strikes to asset owners can be significant, with each ‘hit’ needing repair work. This not only costs money, but also means that the pipe or cable will need to be removed from service whilst it is repaired. Associated costs to take into consideration also include additional materials, equipment usage and time spent by the asset owners’ teams handling enquiries regarding the incident.

“when people’s lives are at stake, we need to be doing everything we can to make sure the working conditions are optimal”

In a bid to quantify the cost of a utility strike we looked into previous research by the University of Birmingham, which calculated the cost as a ratio of indirect and social costs compared to the direct cost of repair. The result is 29:1, which means that for every £1,000 of direct cost arising from a pipe or cable strike, the true cost for an asset owner is £29,000.

As well as the financial burden of a strike, the damage to brand reputation is also huge for utility companies. Disruption to any service harms customer perception, and with outlets like social media becoming increasingly popular ways of customers venting their frustrations, a complaint can quickly reach a mass audience.

So, what can actually be done to ensure worker safety? Well, a sensible first step has to be for senior decision makers, whether it is within local government or utility companies, to ensure that their pipe and cable networks can be found via online resources that provide underground utility mapping records across the UK. The more infrastructure information available to contractors and workers, the greater the chance of avoiding unnecessary strikes.

Education and awareness are also both imperative to keeping people safe.

When people’s lives are at stake, we need to be doing everything we can to make sure the working conditions are optimal. There is no excuse for failure when it comes to pipe and cable strikes, we just need everyone, both asset owners and contractors, to get involved and improve standards together.

BSc (Hons) MRICS FAAV is a utility asset specialist. As the Managing Director of the LSBUD (Linesearch BeforeUdig) service in Great Britain, over the past four years he has built the company’s portal so that today it manages over 2.5 million third party enquiries per annum and protects almost half of the UK’s underground utility infrastructure. His role includes consultation and networking with a wide variety of utility asset owners as well as all types of third parties from Statutory Undertakers to private individuals and Government organisations. Richard is also Head of Infrastructure Services at Fisher German LLP, and during his career he has managed the underground fuel pipeline network owned and operated by Mainline Pipelines Ltd. Richard, a fully qualified Chartered Surveyor, has won a number of awards including the Pipeline Industries Guild Sir John Parker Presentation Competition and the National Joint Utilities Group Award for Avoiding Damage to Underground Assets. He leads the Data and Reporting Group of the Utility Strike Avoidance Group, producing the annual Utility Strike Report and increasing awareness of utility strikes across the UK. 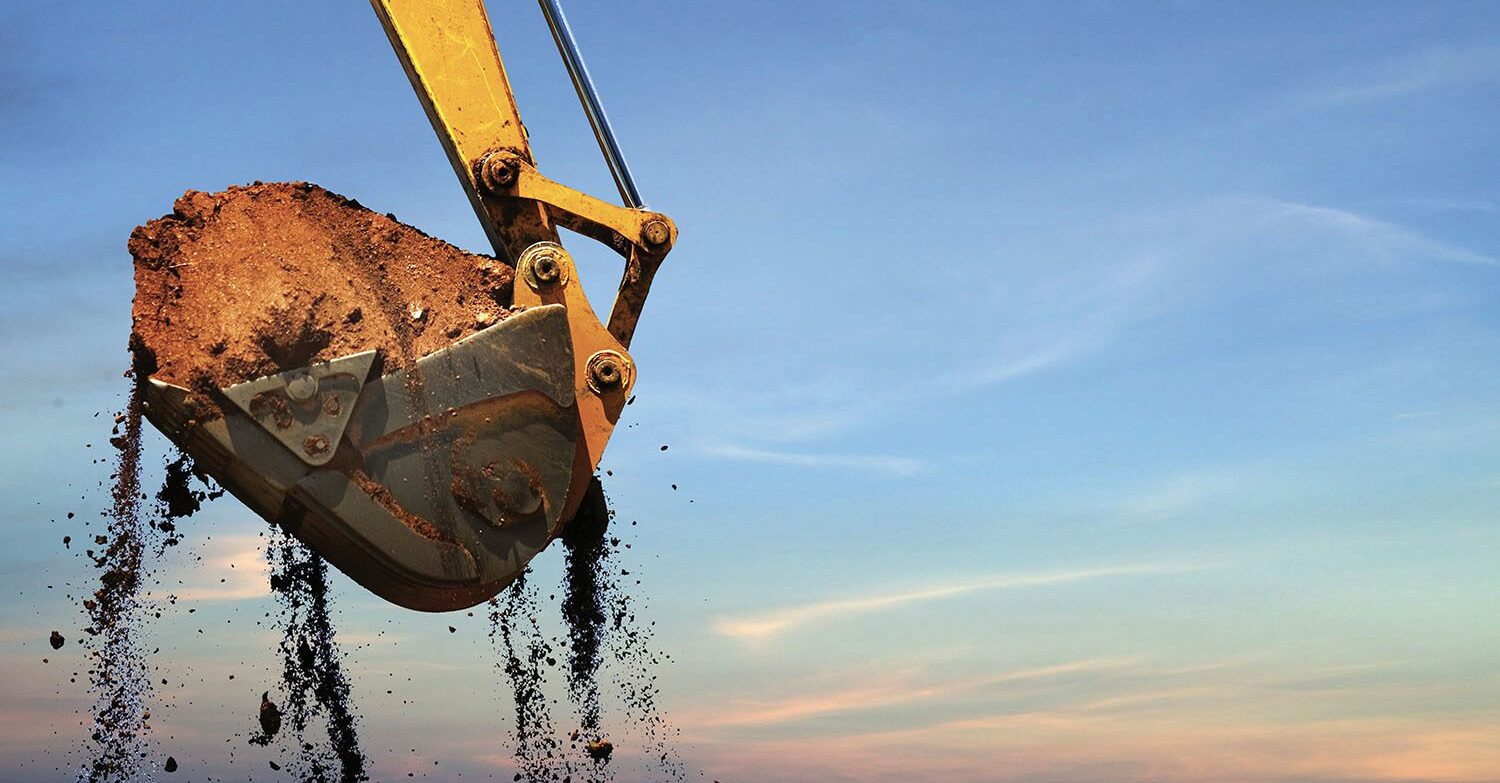 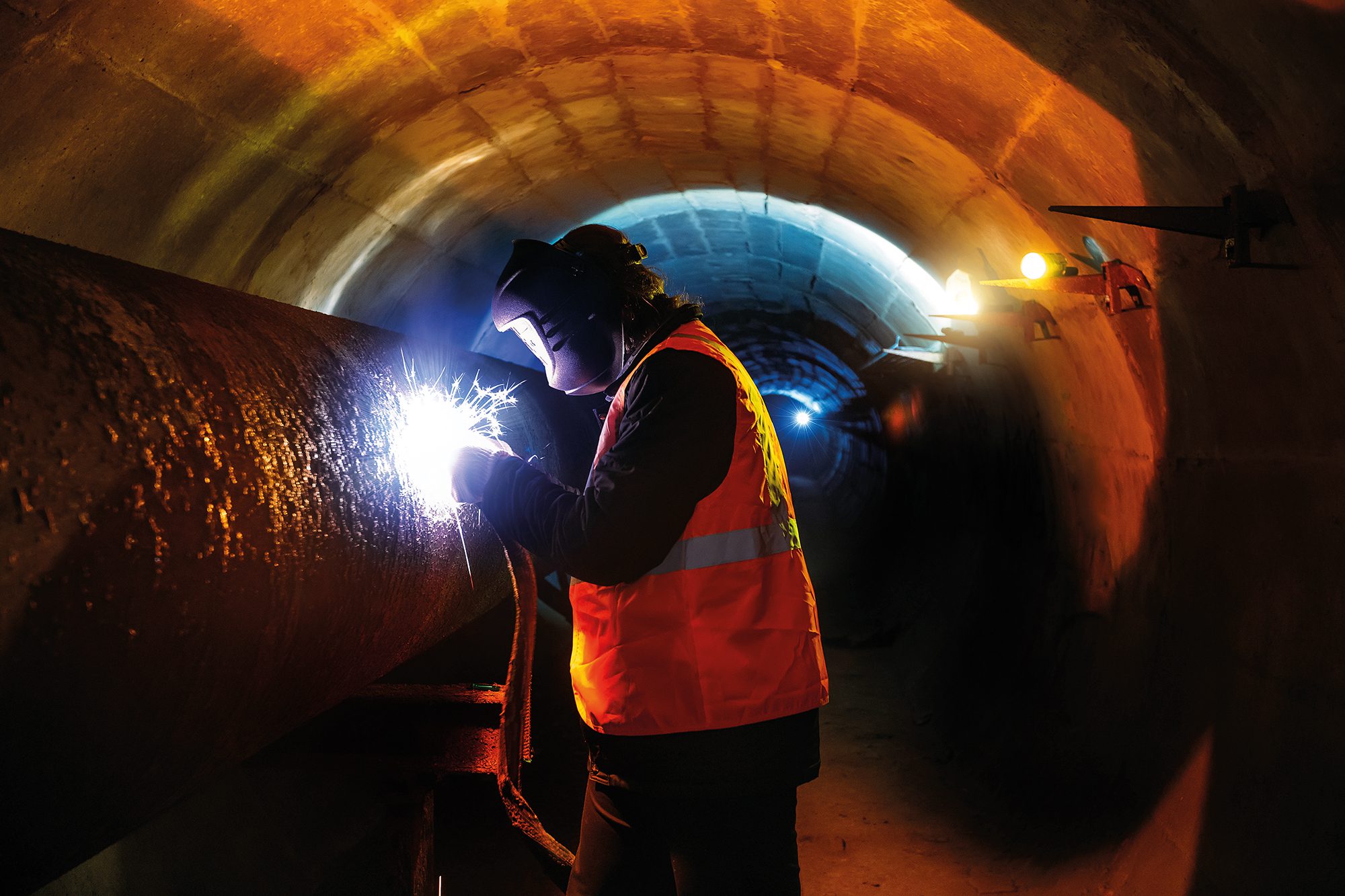