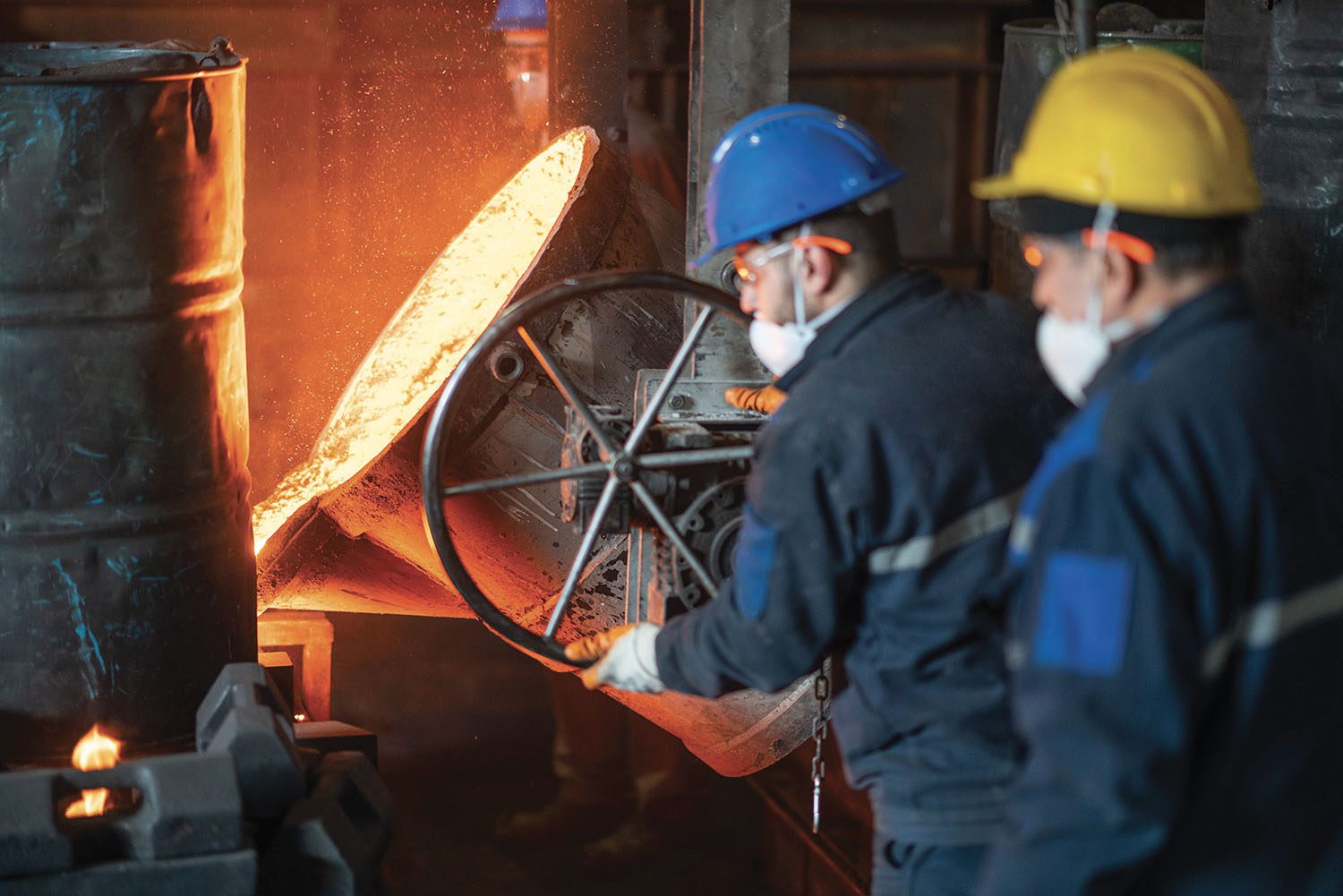 ”Gas, Gas, Gas” is a refrain heard in many old war films, which triggers the donning of a variety of equipment from breathing apparatus to full on body suits, but it is something that hopefully not many of us have heard in real life. Even though this cry is based upon the movies, gas itself can be life threatening, and yet is easy to take for granted as it is frequently colourless and odourless. In this article I will discuss the risks associated with gas, the types of gas detection and why they are important to ensure the safety of all your workers.

If I was to take a poll of all health and safety professionals, I predict that the majority would be able to identify gas as being one of the key risks for confined space, and some may also point out that it can be potentially explosive. But let’s explore this in more detail and look at the risks posed by gases. The risks actually depend on what the gas is, so I will intersperse these with examples that are commonly found in industry.

One of the most known about hazards associated with a gas is the ability for it to replace the oxygen in air and act as an asphyxiant. This is one of the largest risks in confined space and where multiple fatalities have occurred because the hazard is unseen. This means that people attempt a rescue, who are also soon incapacitated, and can succumb to asphyxiation. While most gases can cause asphyxiation the most common that cause an incident in industry are argon, nitrogen, welding fumes and carbon monoxide.

In 2011 there was a double fatality when the cleaning of an organic waste drainage system released hydrogen sulphide, causing one of the workers to fall unconscious and fall 10ft to their death. The other employee attempted a rescue and was also asphyxiated.

When most people hear the word gas they probably think about natural gas, which is used to heat our homes. This is an example of a flammable gas which can cause ignition or explosion. While the majority of the time this can be smelt, that is due to the additives rather than the gas itself. This makes un-odourised methane dangerous, as without gas detection it cannot be identified and can easily be ignited.

In 2004 an explosion of ethylene oxide occurred, after some non-routine work meant that some safety devices were overridden as part of a calibration exercise for a new process. This allowed a build-up of ethylene oxide which entered into an area with workers who had an ignition source that led to the explosion.

Some gases are also toxic, which can cause fatalities when inhaled, or even in contact with the skin. This is most common in industries using or mixing chemicals where the reaction between substances produces a potentially toxic gas, but some toxic substances are even used as feed stock to various products. The most common toxic gas produced are chlorides, with some derivatives of these being used as chemical weapons.

While similar to toxicity, gases can cause other long term health related issues, such as cancer or breathing difficulties. This is frequently the case with tar-based gases which can cause breathing issues, and some exhaust gases are also carcinogens or have other health effects.

Within these categories there are different types of gas detectors, a summary of which are adjacent with their advantages and disadvantages.

The most common types are the Point and Open path infra-red systems, which are found on most personal multi-gas detectors.

One of the key decision points relates to whether a fixed gas detector or a portable gas detector is better suited to your requirements. A risk assessment can be used to determine what solution is best, and some solutions require both fixed and portable (local) detectors. In general, whether a fixed detector is required rather than a portable detector depends on the frequency of a person working in that area, as well as the area itself.

For example, people working on excavations for gas works will move around, hence a fixed gas detector would not be feasible, and hence a reliance on portable gas detectors is used. This is also due to the importance of the control of ignition sources where a person can bring an ignition source into that area.

Alternatively, if a fixed process within a factory generates carbon monoxide due to combustion, then a fixed detector is more suitable for use in areas where this may leak from. In this situation however, a prudent operator may ask their employees or people working in the vicinity to also carry a personal gas detector.

“most common are the Point and Open path infra-red systems, which are found on most personal multi-gas detectors”

When should a gas detector be used?

It could be inferred that a gas detector should be used whenever one of the risks mentioned earlier is foreseen, which for the most part is correct, however, many processes exist which can cause asphyxiation where gas detectors are not used.

Part of the reason for this is design of a process; if a process is designed such that it is not possible for incomplete combustion to occur for example, then it may not require any gas detection. In my experience however, gas detectors should be used whenever there is the possibility for one of the risks to materialise, even if this requires failure of a safety control.

One of the most common areas where gas detection is frequently required is confined spaces, which typically require some type of atmosphere monitoring before and during the work, as well as a ”top man” available if rescue is required. Gas detection should also be used in areas where combustion is occurring, where decay of organic materials may be occurring (such as waste sites or slurry silos for example), where chemical reactions are occurring that could lead to one of the risks, or even for excavations in certain areas.

As towns and cities are expanding, and houses are being built in industrial areas, there is the increased possibility of excavations in areas where there have previously been landfills or waste stored on land. This leads to the risk that when excavating, methane or other potentially hazardous substances are released. It is important that before work begins a survey is done to determine whether there is the potential for this hazard to occur, specifically in deeper excavations which can also count as confined spaces.

How to use/maintain gas detectors

Gas detectors have improved drastically in the past few decades and have gone from the reliance of a canary down a mine, to self-calibrating multi-functional gas detectors. It is important however, that all detectors are maintained appropriately. This varies from manufacturer to manufacturer so it is important that you look at the manual. However, all detectors will require calibration on a specific basis which can range from annual to five-yearly calibration. It goes without saying that a gas detector that is out of calibration should never be used and be quarantined for recalibration.

When portable detectors are turned on however, they carry out a self-check and calibration, so one of the most important aspects is that you power on any detector in a clean atmosphere with normal oxygen levels. If this is not done, it can lead to false positives and false readings. Gas detectors should also be kept clean, and any openings in the detector be kept clear (this is specifically so for fixed detectors). Any contamination may affect the performance of a detector.

Some gas detectors require a ‘bump test’ involving exposure to a controlled gas mixture to test the sensors for functionality.

Depending on the type of gas detector some of the meters can be sensitive to mechanical impact, so if the item is dropped ensure that the manufacturer instructions are checked as it may require recalibration after a sudden impact.

During normal operation gas detectors will “sniff” for gas, with portable monitors producing an audible beep every so often, to demonstrate that it is running. Portable gas detectors will have an audible battery low warning, which is frequently two beeps in a row. For both systems typically a detection of gas above a specific concentration (well below dangerous levels) will lead to an alarm sounding. So, detectors have two stages of alarm, both of which would be below dangerous levels.

If an alarm sounds it is important that you leave the area and find your way calmly to a safe area. This is typically outdoors, but in certain situations for toxic gases (such as Ammonia) this will be in a safe room, or other location. It is important the site instructions are clear on the procedure in the case of an alarm sounding.

In some circumstances, normally for gas tests prior to entry into a confined space, it may be safer to use a gas detector that has an internal pump which allows connection of a sample tube allowing remote testing from outside of the confined space.

The correct selection and positioning of any gas detector can be critical to safe working within any area. This should be led and defined by a risk assessment, which can determine whether a portable or fixed detector is required (or both).

It is also important to identify which gases the detector should monitor. For example, in the steel industry on a direct fired furnace, whilst the main gas risk may be carbon monoxide leakage, it may be prudent to use a multi-gas detector to monitor hydrogen, nitrogen and oxygen levels as well. By having the right equipment in the right location, anyone working in the areas will be alerted to the hazard and have sufficient time to escape to a safe area, allowing them and you to breathe easy.