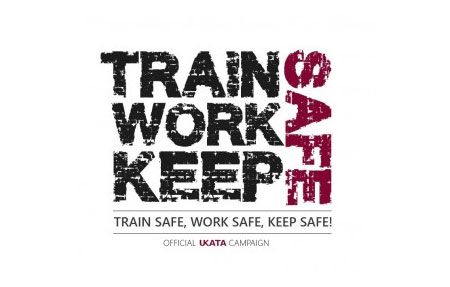 Entitled ‘Train Safe, Work Safe, Keep Safe’, the campaign will see UKATA members offering free asbestos training during September and October this year as means of highlighting the dangers of asbestos and the need for essential training for those who may encounter the substance. This campaign is predominantly aimed at small companies and individual tradespeople who may not otherwise have previously known about, or received such training.

“In the last few years our members have delivered over half a million asbestos training courses but we are all too aware there are still thousands of tradespeople who have not received asbestos training of any kind,” said Craig Evans, General Manager of UKATA. “They are at risk of inadvertently coming into contact with deadly fibres if they disturb asbestos during building work and for this reason our members are generously offering free training at their own expense to individual tradespeople who may be unaware that such training exists.”

Every week in the UK, 20 tradespeople die from diseases caused by exposure to asbestos fibres as long ago as the 1950s through to 1983, when strict safety guidelines on the use and removal of asbestos were introduced. The weekly toll includes eight joiners, six electricians and four plumbers, with experts predicting the UK’s annual death rate of 5,000 will soar in the next five years. Damage caused to the lungs by asbestos inhalation can lay dormant for up to 50 years and a huge number of late-stage cases are about to be diagnosed, says UKATA.

These statistics are the prime reason why UKATA members are keen to offer training to individual tradespeople as they may be unaware of the regulations or the dangers surrounding asbestos. As committed professionals UKATA members believe that offering free asbestos awareness training is a way of delivering the message to this sector of industry and their generosity is commendable.

“UKATA and our members feel so strongly on this issue that we felt we had to collectively do something practical to help tackle the issues surrounding the lack of asbestos awareness amongst tradespeople,” added Craig. “We can’t change the past but we can change attitudes now and we feel this is a great way to convey the message on the dangers of asbestos to the wider public.”

The legacy of more than half a century of exposure to asbestos at work is about to be seen in thousands of former ship-builders, boilermakers, builders, plumbers, teachers, nurses and their families. Mesothelioma alone is thought to be silently afflicting one in every 100 men born in the 1940s in the UK and Guy’s Hospital in London has predicted that 100,000 people in the developing world who are alive now will die from the condition.