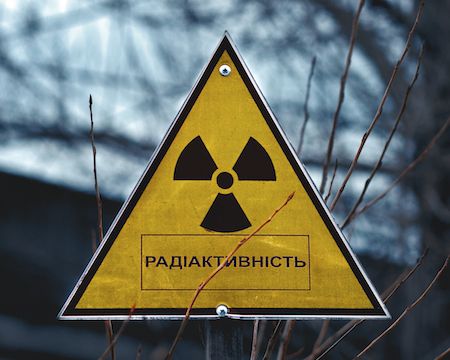 EU Steps up its Contribution to Nuclear Safety

This fund supports in particular the safe decommissioning of units 1 to 3 of the Chornobyl Nuclear Power Plant.

EU Commissioner for International Cooperation and Development, Neven Mimica said: "The European Union has been at the forefront of the international efforts to deal with the aftermath of the Chornobyl nuclear disaster, to decommission the nuclear power plant and to make the site environmentally safe. Today's pledge will further contribute to ensuring that the projects are brought to a successful conclusion."

The Nuclear Safety Account , managed by the European Bank for Reconstruction and Development (EBRD), funds the construction of a storage facility for spent nuclear fuel from the operation of the Chornobyl Nuclear Power Plant.

The Fund was set up in 1993 to finance nuclear safety projects in Central and Eastern Europe. Today it provides funds for the decommissioning of the three remaining Chornobyl units, the last of which was shut down in 2000. Twenty-nine countries and the European Commission contribute to the Nuclear Safety Account.

The main project currently supported by the fund is the Interim Spent Fuel Storage Facility (ISF2). Its completion is foreseen for 2017. The Facility will provide for the processing and storage of the spent nuclear fuel from the Chornobyl Nuclear Power Plant units 1, 2 and 3, which is required for the decommissioning of the plant.

The EU's contribution will be announced at the Nuclear Safety Account Pledging Conference taking place today in Kyev, Ukraine, just one day ahead of the 30th anniversary of the Chornobyl nuclear accident. This contribution is in addition to those already provided to the Chornobyl Shelter Fund for the construction of the New Safe Confinement (the Shelter) and to other related projects to isolate and ultimately dismantle the unit which suffered the accident in 1986 The Shelter, to be completed in 2017, will prevent radioactive releases and contribute to make the site environmentally safe and stable, which is also important to the countries directly bordering Ukraine. The EU is the main donor to this project with around €430 million.

After the Chornobyl accident of 1986 and political changes in the early nineties, the European Commission initiated a vast nuclear safety programme and cooperated with international partners to improve the safety of the Nuclear Power Plants in the New Independent States. In the context of this programme the European Commission funded a number of assistance projects in Chornobyl, worth some €550 million.

In addition to contributions to international funds (the Chornobyl Shelter Fund and the Nuclear Safety Account) the Commission funded other projects to study, assess and mitigate the consequences of Chornobyl accident and for the processing and storage of radioactive waste at the site.

Other projects addressed the social and regional consequences of the Chornobyl accident and provided for power replacement following the closure of the plant, as well as reform of the energy sector in Ukraine.

In total, the European Commission has committed around €730 million so far to Chornobyl projects, as follows: