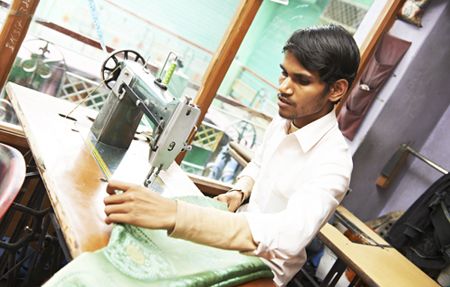 EU Must do More to Protect Bangladesh Garment Workers

The EU must do more to protect Bangladesh garment workers by ensuring the country’s government complies with the rules of its trade arrangement – this was the finding of a recent evaluation by global unions UNI and IndustriALL.

The Sustainability Compact – agreed by the EU and Bangladesh following the Rana Plaza factory collapse of 2013 – was designed to address concerns over labour conditions in the Asian country. Despite pledges it made at the time, the Bangladeshi government has so far failed to implement any lasting improvements.

“The Government of Bangladesh has failed to take meaningful steps to implement the changes it agreed to as part of the Sustainability Compact,” said UNI Deputy General Secretary Christy Hoffman. “We believe the EU has both the responsibility and the capacity to influence the situation in Bangladesh through its trade preferences and it should be doing more to use its power and leverage to secure meaningful and immediate improvements.”

The evaluation noted a worrying rise in anti-union discrimination and found the Bangladeshi government to be either directly or indirectly responsible for a series of serious labour violations in clear breach of ILO standards incorporated in the trade arrangement.

Among the concerns raised by the global unions are:

The Rana Plaza disaster – in which around 1,300 workers died – led to a realisation that the country’s garment industry had been built on foundations of disrespect for international labour standards and a race-to-the-bottom model of global business.

Through the Sustainability Compact, the Government of Bangladesh agreed to three pillars of change: to improve its respect for labour rights; to implement a plan for occupational safety and building integrity; and to promote responsible business conduct.

“The new regulations have not improved the ability of workers to register unions or given them any protection from unfair dismissal or discrimination,” Hoffman said. The report cites a number of incidents of harassment and of anti-union violence.

The Government did change its labour legislation in some marginal ways after signing the compact, the evaluation said, but the changes fell well short of international standards. And the regulations which implement the new labour law – published only a few months ago – have not fixed the problems and in some cases have made them worse.

In addition, the government failed to implement any regulations to allow the new changes to go forward until this year.

UNI and IndustriALL signed their own agreement – with 200 clothing brands – after Rana Plaza to improve health and safety conditions in Bangladeshi garment factories. The Bangladesh Accord has since inspected 1500 factories covering two million workers. A critical aspect of future sustainability and safety for the sector, the two unions argue, will be insuring workers have the ability to speak out about health and safety concerns through their trade unions.