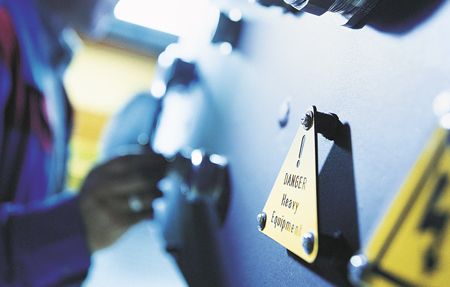 The recent changes to the Health and Safety at Work Act 1974 to reduce bureaucracy for the self-employed may lead to workers taking unnecessary risks in the workplace, endangering themselves and others.

The changes to the Health and Safety at Work Act 1974 for self-employed workers poses challenges for employers and workers equally. It is likely that some confusion and unintended negligence will occur when individuals aren’t able to assess either if the new exemptions affect them; or whether the work they are participating in causes risk of harm to others.

The Government claims these amendments will formally exempt 800,000 people from safety regulation and will save businesses hundreds of thousands of pounds a year in compliance costs. This change has been portrayed as a sensible way of relieving the self-employed from an unnecessary ‘nanny state’ legislative and administrative burden, requiring self-employed workers to look after their own health and safety.

With commercial pressures forcing workers into taking risks to win and retain contracts, the danger is that poor health and safety practices may become contagious, affecting the behaviour of other workers working on the same site, who may feel that they need to work in the same way to protect their jobs.

Under Section 1 of the Deregulation Act 2015, the Government has amended section 3(2) of the Health and Safety at Work Act 1974 (HSWA), which imposed a general duty on the self-employed to protect themselves and others from risk to their health and safety.

The revised HSWA now states duty lies with self-employed workers only when their undertaking is one of a ‘prescribed description’ such as agriculture, construction, quarrying, mining, offshore work or high-risk chemical sites; or where they carry out an activity that may pose a risk to the health and safety of other persons. Although statistics show a decline in fatal injuries year on year, HSE figures for 2012-13 alone show there were 148 fatalities in these industries, with 49 being self-employed workers.

In other ‘low-risk’ situations, the self-employed person will have no duty to ensure their health and safety, including any obligation to carry out a risk assessment under the Management of Health and Safety at Work Regulations 1999.

Furthermore, the deregulation will not apply to self-employed workers whose activity poses a risk to other people. However, that risk is to be assessed by the self-employed worker themselves, with the inherent danger of miscalculation or errors of judgement.

There has been much criticism of the changes, particularly from trade unions that have voiced concerns over a lack of clarity and change in rules could lead to confusion between contractors, ultimately placing people at unnecessary risk.

However, the change in legislation does have some unexpected benefits. The Sikh community, in particular the Sikh Council UK, has long campaigned to close the loophole that prevented Sikhs from working in lower-risk sites such as warehouses and factories without safety headgear, allowing the wearing of turbans; but which allowed Sikhs to forego safety headgear in high-risk occupations such as on building sites.

Clearly, the new legislation will bring some benefits, particularly to members of the Sikh community who will see their employment opportunities improved. However, the intention to simplify administration and bureaucracy surrounding health and safety in the workplace may do more harm than good and lead to a spike in accidents, injuries and even fatalities to self-employed workers and their colleagues.

Companies must ensure that sensible and consistent working practices are applied and adhered to in all work places, and that the new changes don’t lead to a culture of haphazard and inconsistent safety rules and practices between full employees and self-employed workers.

Neil Howe, senior legal author and head of Cedrec , has more than 10 years of experience in helping individuals and organisations adapt by providing a consultancy service to succinctly digest new environmental and health and safety legislation.