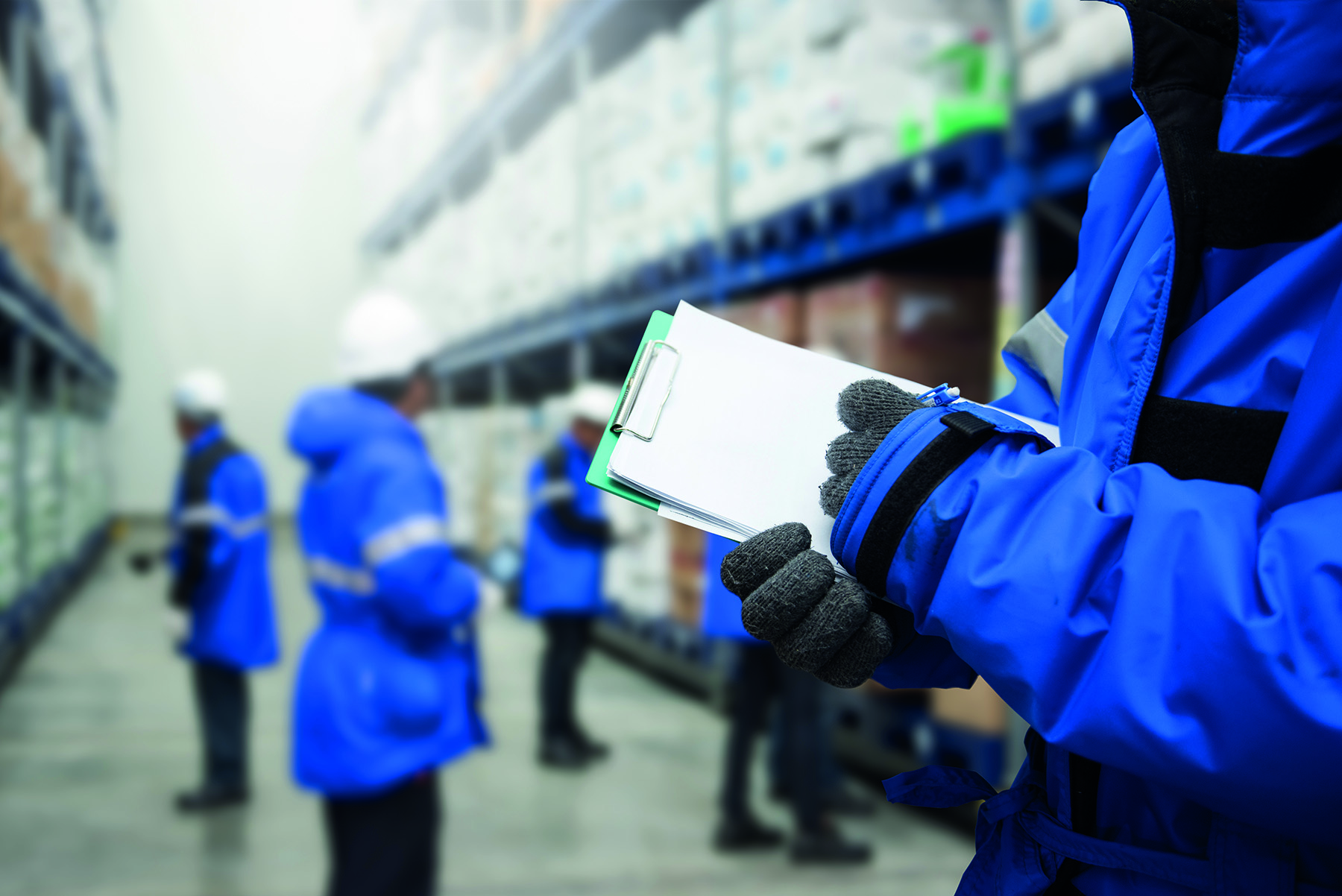 Working in temperatures below 10ºC adds an extra dimension of risk to any job. In a best-case scenario, cold is at the very least responsible for thermal discomfort. This lack of comfort, however, leads to distraction and increases the risk of an accident at work. In this article, we focus on keeping the feet toasty – and therefore workers safer – through effective PPE.

The workers most exposed to extreme cold are mainly those operating in the freezing industry, ice factories, liquefied gas, etc. Outdoors we find work with exposure to cold in agriculture, forestry, fishing, mining, and construction, to name but a few. Therefore, there are many workers who carry out their role in low temperatures. The use of appropriate Personal Protective Equipment (PPE) is essential to avoid the health and safety consequences of exposure to these weather conditions. The use of appropriate PPE minimises heat loss and contributes to the creation of a satisfactory microclimate for the wearer’s feet, allowing them to carry out their activities with minimised risks.

The internal caloric regulation systems of the human organism try to keep the body at a constant temperature, around 37ºC. In a cold environment, various mechanisms are set in motion to limit heat loss and increase its production. The first of these is peripheral vasoconstriction, which causes a sudden drop in skin temperature. In this way, the body is able to reduce heat loss by cooling the extremities. Problems arise, however, if activity is restricted. Then, temperatures close to freezing can be reached very quickly. Before this happens, when the temperature drops below 15ºC, the fingers and hands become desensitised and the possibility of dysfunction and accidents increases.

The following are descriptions of the harmful consequences that cold can have on the human organism, especially on the extremities, and in particular on the feet, since these are the parts of the body most prone to suffer with the cold.

Cold necrosis occurs when there is true tissue freezing with the consequent alteration of cell structure. The first sign is often an acute stinging sensation; however, the cold also causes numbness and anaesthesia of the tissues, so severe frostbite is possible without prior warning signs. Cold necrosis can range from superficial lesion with skin redness, transient anaesthesia and superficial blisters, to deep tissue freezing with persistent ischaemia, thrombosis, deep cyanosis and gangrene.

The “trench foot” or “immersion foot” is produced by prolonged and continuous exposure to cold – without freezing – together with persistent humidity or immersion in water. This condition is due to permanent local tissue anoxia and moderate or severe cold that causes damage to the capillary walls.

Hypothermia can affect the whole body and sometimes manifests itself with symptoms of frostbite. It is a serious condition resulting from
prolonged exposure to cold and heat loss. When a person becomes fatigued during physical activity, he or she is more likely to lose heat and the vasoconstriction mechanism becomes depressed as exhaustion approaches, resulting in sudden heat loss and critical cooling.

As noted already in this article, cooling of the entire body or parts of the body causes discomfort, desensitisation, neuromuscular dysfunction, and ultimately injuries.

Providing workers with appropriate PPE is one of the most important preventive measures against the risks associated with low temperatures. Wearing good footwear and protective clothing avoids many injuries caused by cold. However, the prevention of cooling through the use of warm clothing, footwear, gloves and hats or helmets can interfere with worker mobility and dexterity. For this reason, it is very important that PPE meets the following requirements to be truly effective and not lead to excessive “cost of protection” issues:

In order to be able to work in cold environments and avoid slipping during the performance of the activity for which we have been entrusted, we will choose a safety footwear that complies with UNE-EN ISO 20344 and UNE-EN ISO 13287 standards in terms of cold insulation and slip resistance. In order to obtain the certificate of a shoe based on UNEEN ISO 20345 or UNE-EN ISO 20347, it must comply with the slip tests in at least one of its two variants, while complying with the cold insulation test is an optional feature that gives added value to the footwear we want to certify.

“the dynamic coefficient of friction (CoF) is calculated, the ratio of the friction force divided by the normal force”

The following are the tests carried out by CTCR laboratory staff, accredited by ENAC 1299/LE2460.

Thermal insulation against cold is determined by placing a temperature probe inside a shoe and inserting it inside a cold room programmed at -17ºC. After 30 minutes, the temperature drop inside the sample is measured. The footwear is tested as it is going to be used in the final destination, with all the components that the applicant has indicated to the laboratory to certify the product.

The standard UNE-EN ISO 20344, indicates a previous conditioning in most of its tests of 23±2 ºC and 50±5 %HR. From there, we prepare the footwear and then put it in the cold room at -17ºC for 30 minutes. After that time, we write down the temperature and check with respect to the initial one if the descent complies with the requirement indicated by the standards.

The standard for this test is UNE-EN ISO 13287. The test consists of determining the dynamic coefficient of friction on the test surface determined by the applicant, either steel, tile or both.

“the dynamic coefficient of friction (CoF) is calculated, the ratio of the friction force divided by the normal force”

In our laboratories we also can determine the coefficient of friction in ice for extreme working conditions. Basic test equipment:

The sample to be tested is placed on the test surface with a specified vertical load. The surface is displaced and the resulting horizontal friction force is measured. The dynamic coefficient of friction (CoF) is calculated, the ratio of the friction force divided by the normal force.

Leticia Sanz Eguizábal is currently the Laboratory Director of the Footwear Technology Center of La Rioja, an area to which she has been linked since 2005, performing analysis and validation tasks of standardised tests for quality control and certification of footwear and components. Specifically, she has provided services for around 100 companies in the sector, adapting to regulatory needs and implementing to the corresponding National, European and International standards. Her education in Chemical Sciences and her experience endorses her to perform chemical, physical and mechanical tests, which are crucial for the industry, since they are necessary for the quality assessment of raw materials, components or final product to ensure entrance to the market. 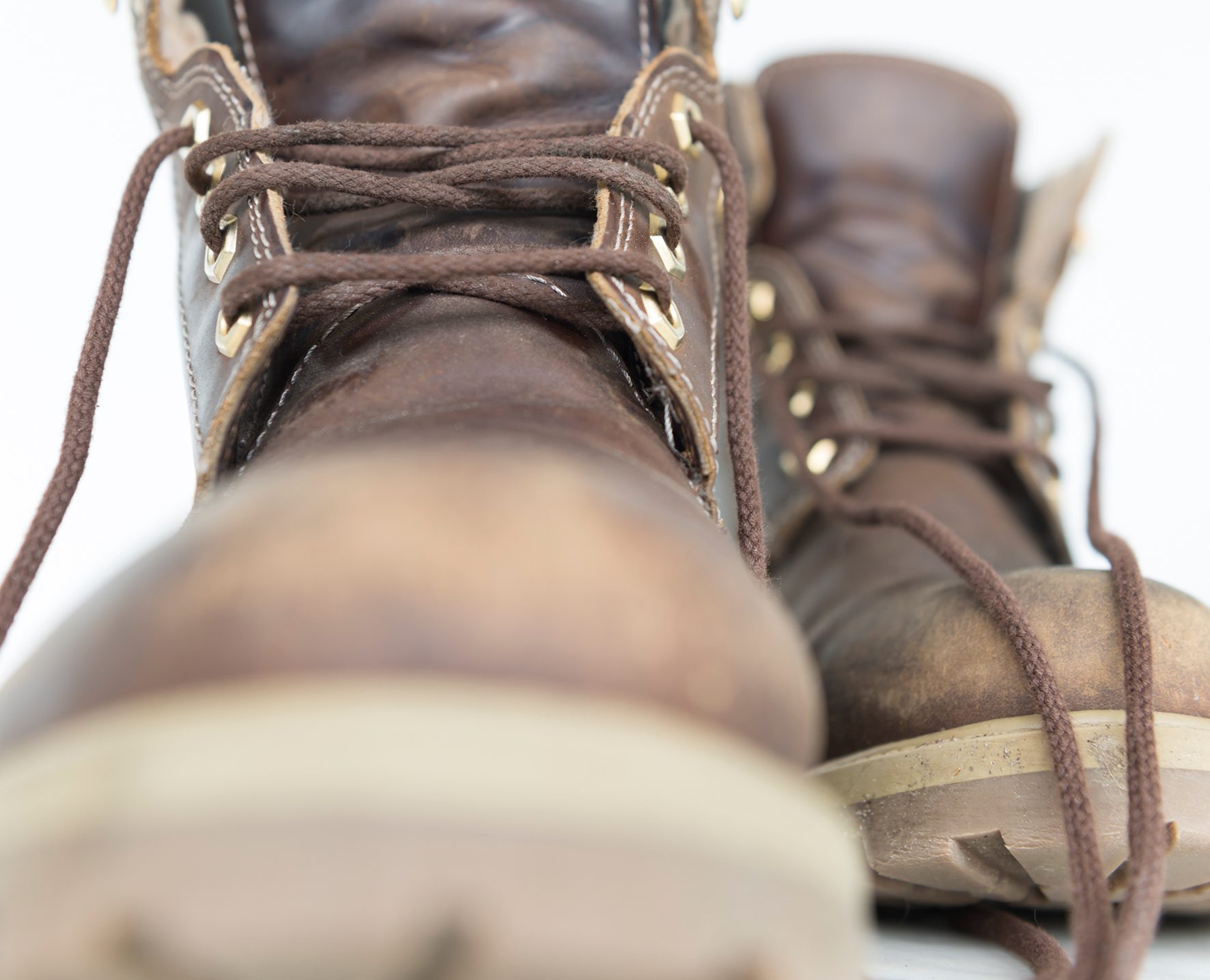 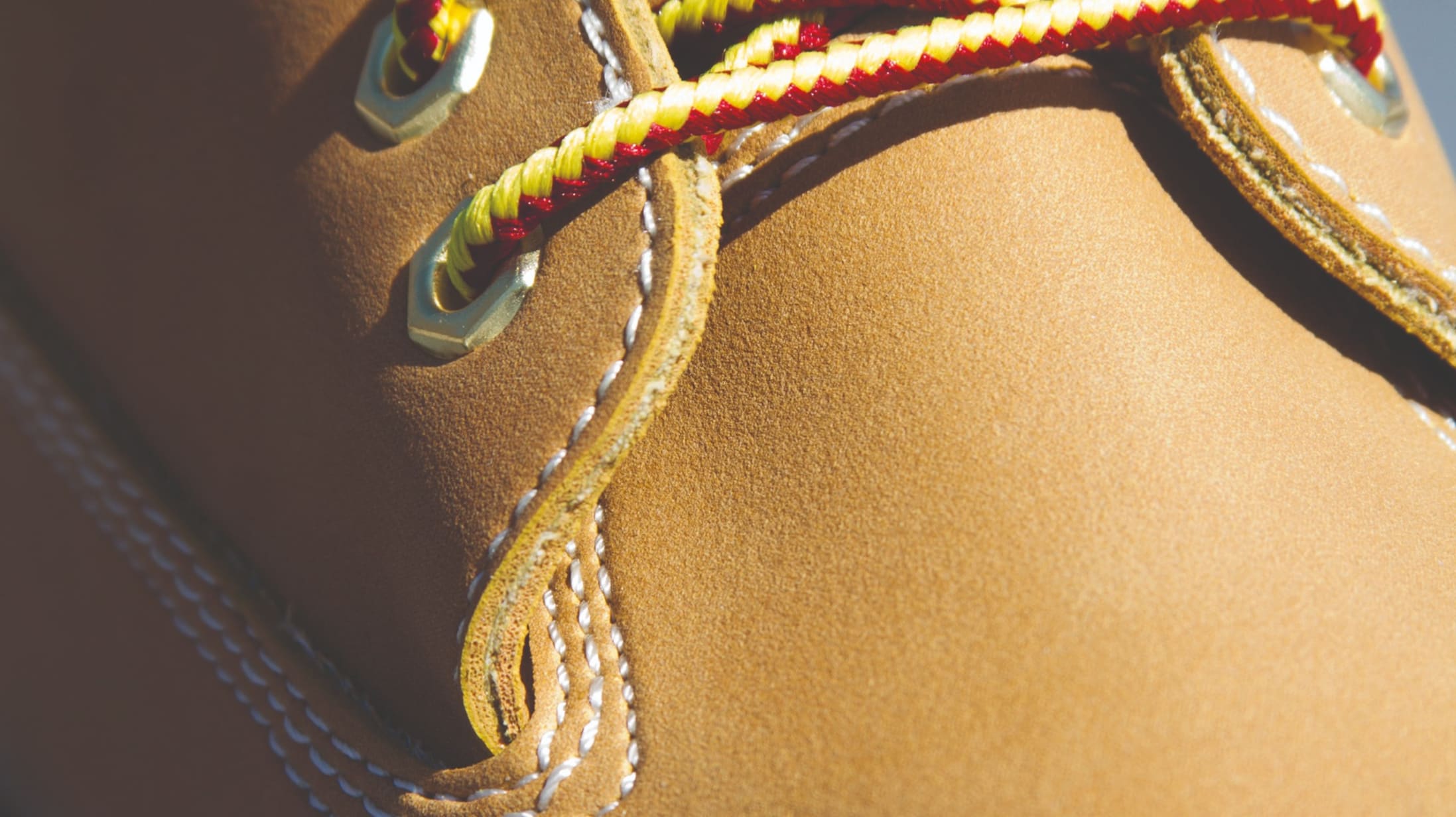 The Footprint of Our Footwear