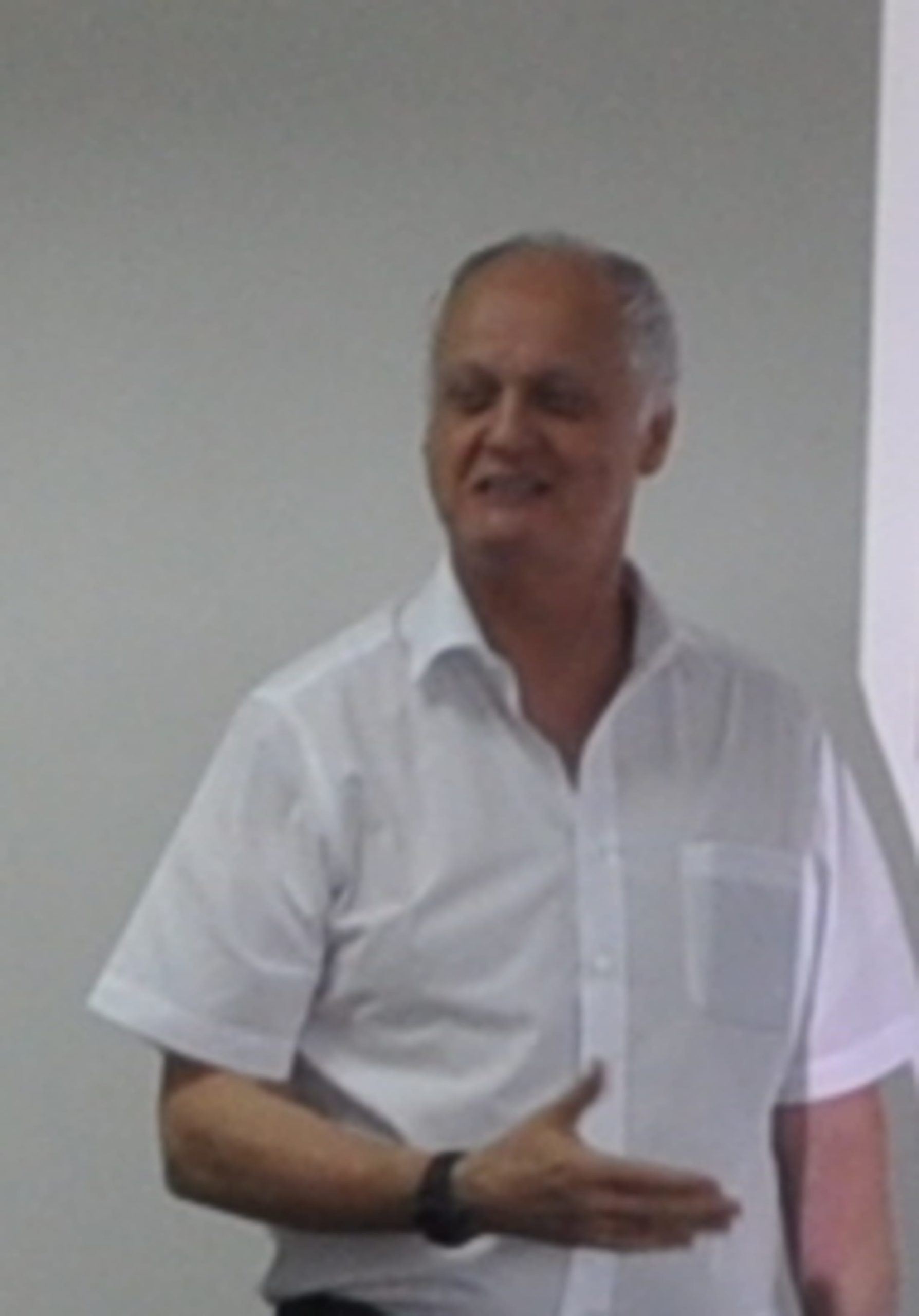 There are 2 main forms of RPE, referred to as respirators and breathing apparatus.

Very simply, respirators are used where there is a harmful or noxious substance present. The role of the respirator is to filter out the harmful substances, but does rely upon the surrounding atmosphere having sufficient life supporting oxygen present.

What is breathing apparatus (BA)?

In the alternative scenario, where there is insufficient oxygen, we need to ‘bring with us’ our own ready supply in the form of compressed air or gas mixtures in order to survive. This way, it does not matter what the surrounding atmosphere is; it could be water, harmful gas or the vacuum of space.

Tragic events demonstrate that inappropriate selection of RPE, where people have used respirators instead of BA, results in fatalities.

However, in this piece, we will concentrate upon breathing apparatus.

The earliest use of any form of BA was noted in historical texts, describing a variety of attempts at constructing self-contained breathing apparatus. However they were usually quite impracticable; their design ran contra to the ability of the human body to cope with the demands and the laws of physics. One of the earliest attempts was a primitive device – an animal bladder filled with air to assist a diver who, weighted by a stone, sank to the bottom of a river. The main limitation of this system was the extremely short duration of decent due to the small amount of stored air available.

More recently, in 1818, the case of a farmer’s barn that caught fire in Whitstable in the UK, forced man’s ingenuity to come to the fore.

The barn contained several horses and other animals, and the farmer tried to extinguish the fire using a small hand-operated water pump, to no avail. In spite of his best efforts, he was unable to find his way through the dense smoke to rescue the animals. A local youth, John Deane, who was just 18 years of age, removed the helmet from an old suit of armour and placed it on the farmer’s head, attaching the hose previously used for pumping water to the helmet. Deane then used the same hand-operated pump to supply air instead of water to the helmet, and the farmer was able to enter the barn and lead his horses to safety.

Furthermore, folklore talks of early fire fighters growing long beards to help them breathe in the presence of heavy smoke. The theory was a fireman would dip his whiskers in a bucket of water, then clinch the wet beard between his teeth and breath through his mouth, using the wet beard as a crude form of filter.

The ‘beard method’ did not dampen (pardon the pun), the enthusiasm of inventors, who, throughout the 1800’s, applied themselves to the problem of breathing in inhospitable environments such as underwater and in smoke filled atmosphere.

The coming of the Industrial Revolution, created the circumstances whereby workers would be required to enter and survive in areas that were oxygen deficient and/or full of noxious or harmful gases.

Survival relied upon someone developing a reliable, easy to use, relatively inexpensive BA set. Coal mines were top of the list of workplaces needing suitable BA, due to the presence of ‘fire damp’ and the constant danger of fires using up the oxygen and creating harmful oxygen deficient atmospheres.

As the 1800s passed by, developments by various inventors continued, until in 1879, the notable invention of a regenerative breathing apparatus by a British marine engineer, Henry Fleuss, who managed to create an effective system. Fleuss’ invention was quickly pressed into action, being used in anger when, in early 1880, Fleuss and some associates formed a rescue team and successfully used what was then revolutionary apparatus, in a mine rescue operation at Killingworth Colliery.

With time, the same basic principles discussed above, with slightly better technology, went on to lead to the development of what we now refer to as line-fed and self-contained breathing apparatus.

Along the way however, we had to learn some hard lessons and, even though BA had been in use within the London Fire Brigade since 1913, it was not until 1943 that the Brigade started to consider formalising such use.

For example, in this year, the UK Fire Service Manual of Firemanship made simple recommendations; for example, that “where breathing apparatus is available…”

Many lessons were re-learned, the hard way, from this event and included;

However, it was unfortunate that the Chief Fire Officer did not think these failings warranted any further investigation, resulting, as we can see from another fire at the same venue, an additional danger to fire fighters.

The second fire at Covent Garden Market occurred in a five-storey warehouse at 1500 hours on 11 May 1954 and continued until approximately 2230 hours on the same day. This fire again highlighted some of the previously identified problems, for example, no means of recording the details of those entering a building. Such a failing led to the lacking of any system of accounting for fire fighters, demonstrated when a fire fighter was only noticed as missing, when all the crews had returned to their various stations several hours after the fire had been dealt with.

It is obvious that the above lessons were some of the same as experienced at the 1949 basement fire.

Depending upon our role and the length of time we are required to be in the dangerous atmosphere, we may use either Self Contained Breathing Apparatus (SCBA), where we carry our own supply of breathable air with us, or Line Fed, where, as the name suggests, we are attached via a tether to a source of breathable air, (cylinders on a manifold, compressor etc).

Some of the circumstances that influence our decision will include:

The exact content of air breathed, and the technology involved varies, again dependant upon circumstance of use. These may include, mixed gasses for divers working at great depths for extended periods, ‘re-breather sets’ used by the likes of military divers, where the presences of ‘bubbles’ in the water would be a giveaway of their location, and the use of a tethered supply used in grit blasting. Whatever the technology, the basic principles remain the same, that is; the ability to maintain life in an inhospitable atmosphere, with the availability of a ready supply of breathable air.

Finally, we may need to consider BA as a piece of emergency escape equipment, allowing between 10 and 15 minutes of breathable air, at a brisk walking pace, to escape to a safe haven. Such equipment may be used where there is a possibility of the need for escape in case of oxygen deficiency; as it is usually quite small, such equipment may be carried on the person or strategically positioned in the work area. Additionally, escape sets are linked to full SCBA sets, and automatically ‘kick in’ when the main set runs out of air.

Due to the possible emergency nature of use, e.g. the presence of a downwind H2S gas hazard in oilfields, some of this equipment is easy to use. Pull a large hood from the carrying bag, fit a half mask face piece, pull a draw cord, and walk to safety. No long checking or donning drills and the minimum of training required for possible use.

• Self rescue work that may involve the rapid presence of harmful substances, e.g. sewer workers and methane and oil filed workers for presence of H2S or when main SCBA system runs out

Which type of RPE?

Having now thought about typical places of work and/or activities, we must now consider the type of RPE that will best suit our needs.

When considering which form of RPE to select for a given activity or task we can use the very simple British Safety Services acronym, SUMRIC©, which cleverly summarises both the specific RPE requirements and the main elements of the UK based Provision and Use of Work Equipment Regulations and Personal Protective Equipment Regulations (PUWER), all of which greatly assist us in the selection of such equipment.

I – Informing and educating

Failings in use of RPE

There are obviously certain failings in the specification and selection of RPE and of course we have to consider incorrect use. Some of the more common failings will include:

In conclusion, although we have come a long way since the Ancient Greek inventors, we really should think twice before deliberately designing any work activity with the intention of using any form of RPE, and in particular BA of any type. This is due to the inherent problems and dangers of use, which will include:

Remember, in line with widely accepted hazard control strategies, we should only ever consider any form of personal protective equipment (PPE), especially high risk equipment, like RPE, as an absolute last resort. That is, when we have exhausted all other means of creating a safe place of work and finally, reluctantly, accepted that we must reply upon a combination of effective and suitable PPE and workers competent to use it.

Due to the very nature of any work that needs any form of PPE and especially RPE, it is essential to consult relevant specialist sources, for example Arco carry out detailed assessments and make recommendations for clients on their BA needs, whilst ESS can provide a ‘standby’ service for those undertaking confined spaces entry.

Of course there are very specific requirements and needs for provision of safe working places and practices, where BA may be used, for example confined space entry, such as use of standby teams, harnesses and lines, rescue equipment etc. All these, and many more, are outside the scope of this piece and will be addressed elsewhere in the fullness of time.

The Unpredictable Nature of Oil Exploration

The Importance of Workwear 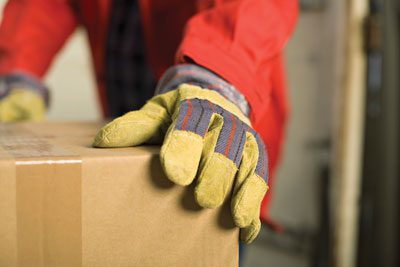 The Power of Gloves