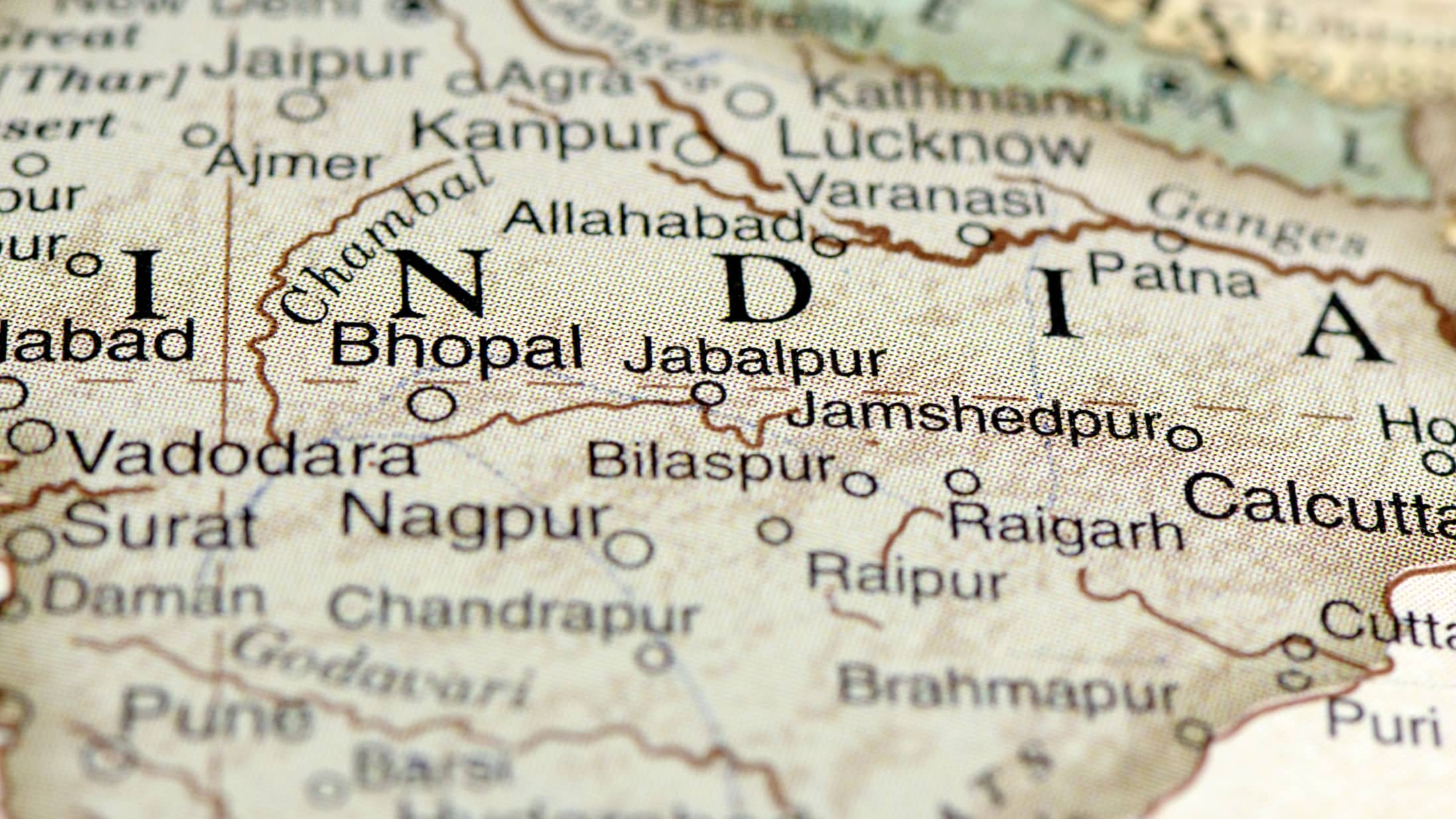 Bhopal Disaster: A Tragedy That Exposed the Dangers of Toxic Gases 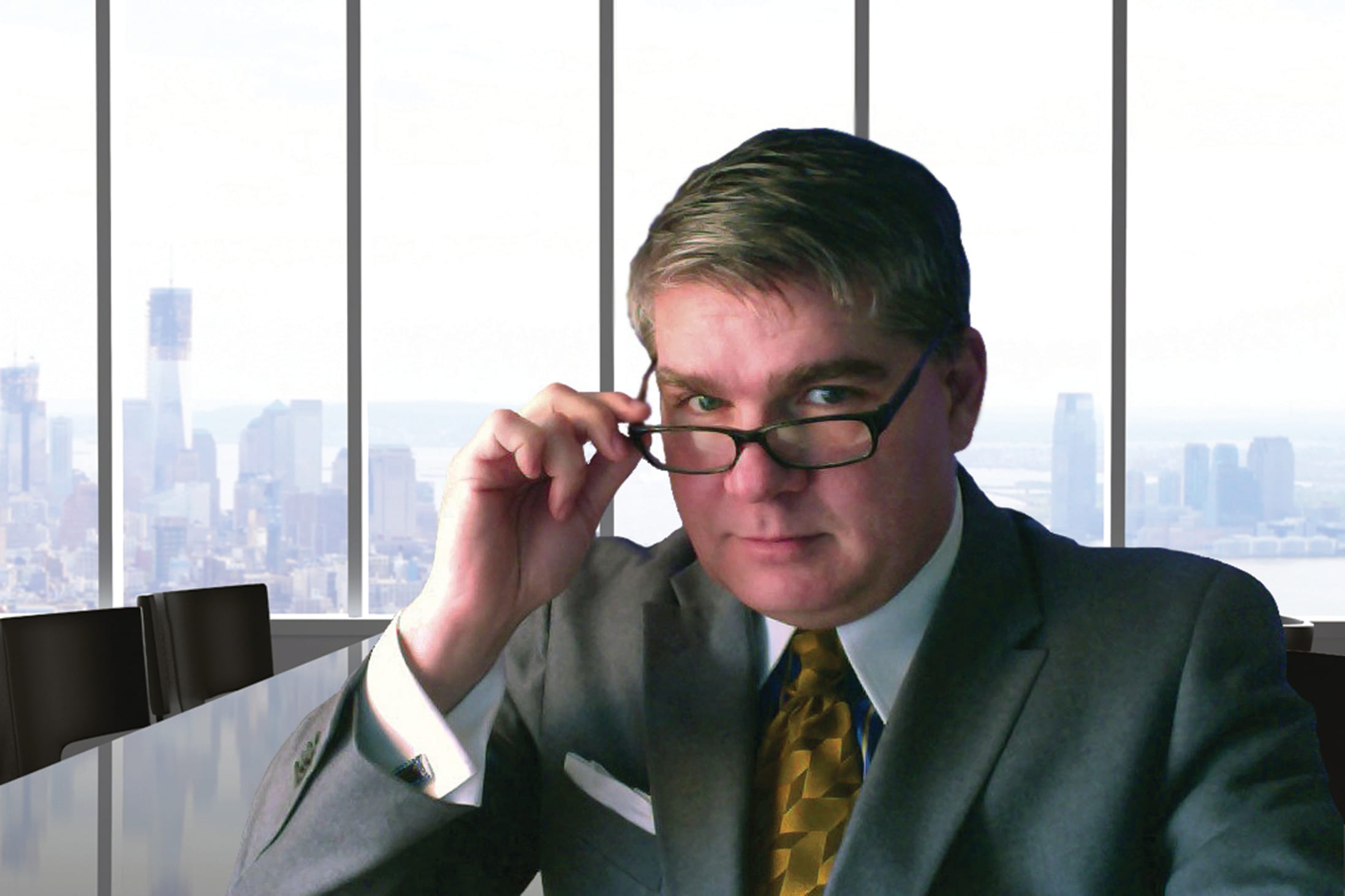 In the evening of December 2, 1984 while half a million nearby residents of Bhopal, India slept, a Union Carbide plant started leaking deadly methyl isocyanate gas creating the world’s worst industrial accident in history. Over 500,000 people were exposed many of whom would ultimately die or become disabled.

“A government affidavit in 2006 stated that the leak caused 558,125 injuries, including 38,478 temporary partial injuries and approximately 3,900 severely and permanently disabling injuries. Others estimate that 8,000 died within two weeks, and another 8,000 or more have since died from gas-related diseases,” according to Ingrid Eckerman. In a single horrific instant the world became tragically aware of the dangers of exposure to toxic gases.

Exposure to deadly gases has been a problem in industry for almost as long as mankind has dug minerals from the ground and accurate gas detection has meant the difference between life and death. In early coal mines miners used canaries to detect deadly gases. Because canaries are smaller and more sensitive to gas the canaries would drop down dead from exposure to deadly gas before the gas could harm the miners. Astonishingly, this practice continued until 1986, when modern technology replaced the illfated birds3. While this was ostensibly good news for the canaries, the birds soon found that there was very little rewarding work for canaries outside the mining industry.

Gases and their dangers

Gases can harm you in a variety of ways. Hydrogen sulfate, for example, which is a by-product of industrial process that involves or creates decaying matter, including: petroleum production and refining, sewer and wastewater treatment, agricultural silos and pits, textile manufacturing, pulp and paper processing, food processing, hot asphalt paving, mining4 and other processes in the high enough concentrations can cause rapid unconsciousness, “knockdown” or immediate collapse within one to two breaths, breathing stops, death within minutes and death at higher concentrations. But hydrogen sulfate is nothing compared to botulinum, which in gas form is an order of magnitude more deadly than sarin gas, exposure to botulinum is most likely limited to a laboratory environment but the danger exists, none-the-less. 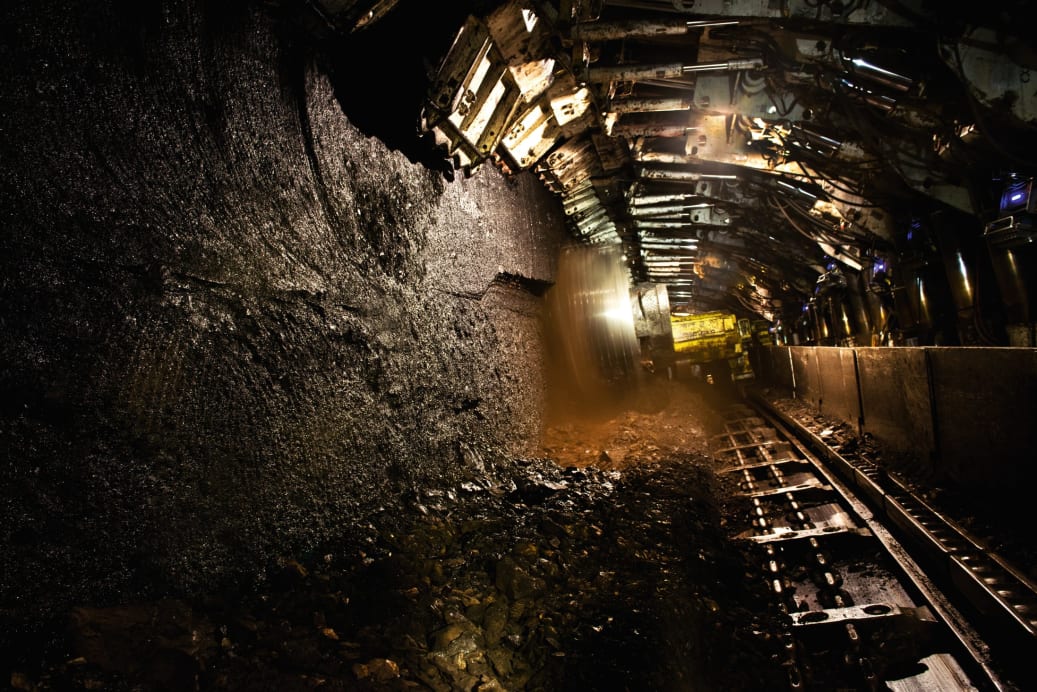 To be sure, working with toxic gases is nothing to be taken lightly, in fact, tens of thousands of workers suffer and die from toxic chemicals, fumes, and dusts each year. Clearly gas exposure is a serious health and safety risk to workers worldwide.

Gas need not be chemically toxic to harm workers, however. Gas can displace oxygen making it impossible to breathe, even though the gas itself is not toxic. Explosions from gas make big news, but experts estimate that exposure to toxic gases claims twice as many lives as those deaths caused by exploding gases.

Gas exposure tends to happen because gas is often in unexpected places. Sometimes lethal gases are in unexpected locations, sometimes workers enter areas because while they are aware of the presence of gas they under estimate the extent of its toxicity, and sometimes warning or containment devices are either disabled or malfunctioning.

Unlike many workplace hazards where a single engineering control is sufficient, the extreme danger posed by gases requires a multi-pronged approach to protecting workers that includes:

Training workers in the serious threat posed by gases is essential. Too often workers fail to take safety warnings seriously because, let’s face it, a lot of companies tend to over warn and under prepare. At a minimum, workers should receive training that addresses the following questions before they set one foot on a site: 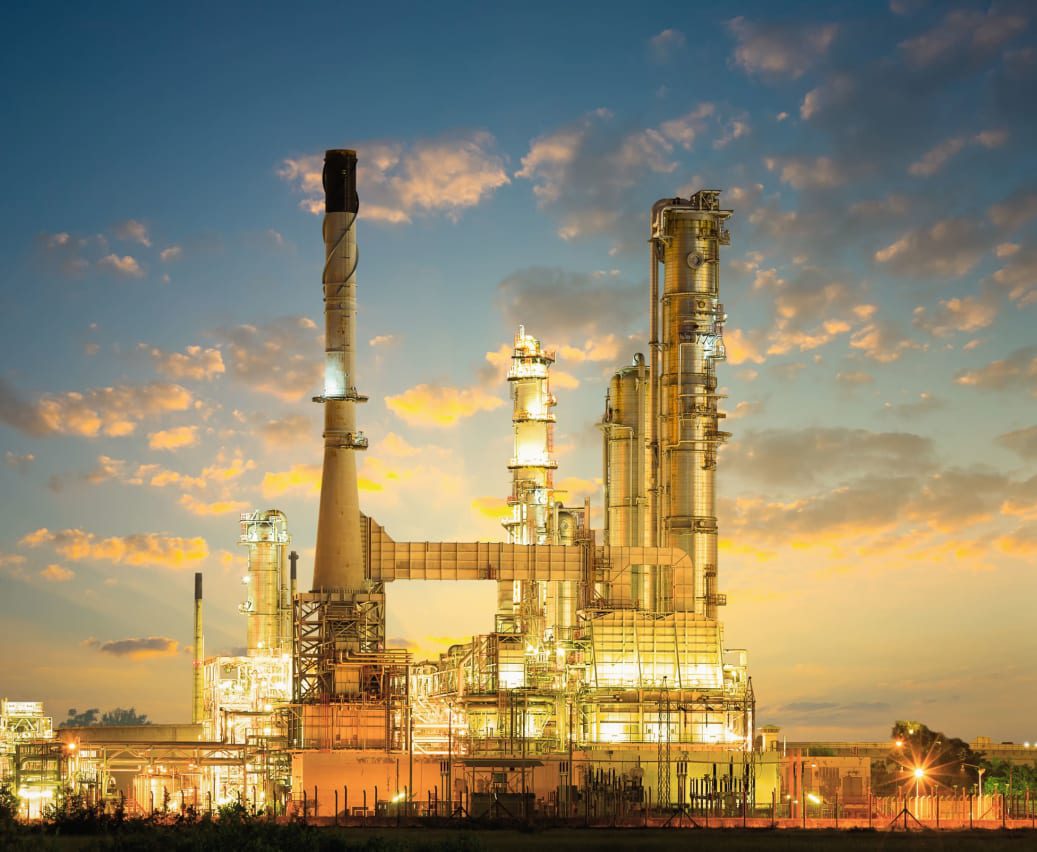 Additionally, workers must be told in no uncertain terms that they should never attempt to rescue a coworker without first donning the proper and appropriate PPE. Statistically, workers are more likely to suffer gas exposure while attempting a rescue than at any other time.

Training should be done periodically because workers risk tolerance of exposure to the hazards of exposure to gas increases over time. In other words people become less careful and concerned about becoming exposed to gas as time passes and they don’t have any close calls. Retraining workers annually is a good practice, but don’t be afraid to retrain workers more frequently if you see compliance start to slip.

Training should not be limited to the dangers of gas, however. Every worker should be trained at least annually on the evacuation procedures and emergency response plan for a gas event (leak, explosion, etc.)

Detection takes two forms fixed gas detection systems (stationary devices that detect gas levels in a given area that trigger alarms if gas is detected above a certain concentration and portable gas detectors used or worn by personnel). Choosing the right gas detectors begins by doing a complete risk assessment of your site. Obviously, high risk areas will require redundant systems (for example, both area gas detectors and personal gas detectors as well as restricting access) but areas of medium risk might also require redundant systems simply because damage to a containment vessel, corrosion of pipes, or gas leaks may quickly elevate the status of a medium risk area to high risk in seconds.

There are some important things to remember when conducting a risk assessment for gas exposure: 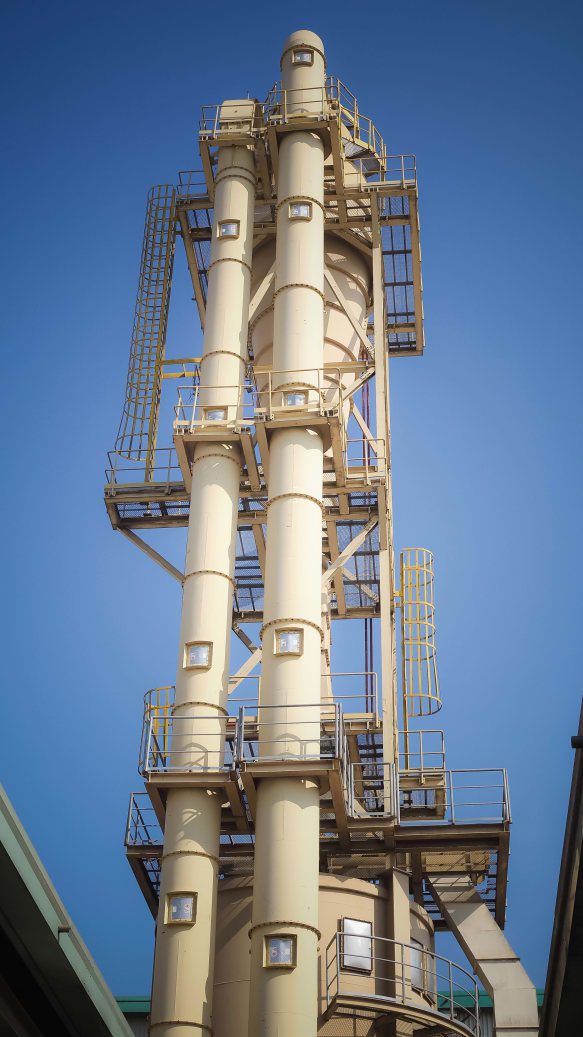 In addition to fixed gas detecting systems, it is wise to have personal gas detectors worn and/or carried by personnel working in or around areas that could contain lethal gas levels. Portable gas detectors are essential in many areas where gas hazards could occur, because they are the only means of monitoring an operator’s breathing zone continuously, while stationary and moving.9 Because portable gas detectors meet the legal definition of PPE in most locations they are governed by all regulations and policies relative to the use, maintenance and storage of PPE.

Selection of personal gas detectors comes with its own set of selection considerations:

“portable gas detectors are essential in areas where gas hazards could occur, because they are the only means of monitoring an operator’s breathing zone continuously” 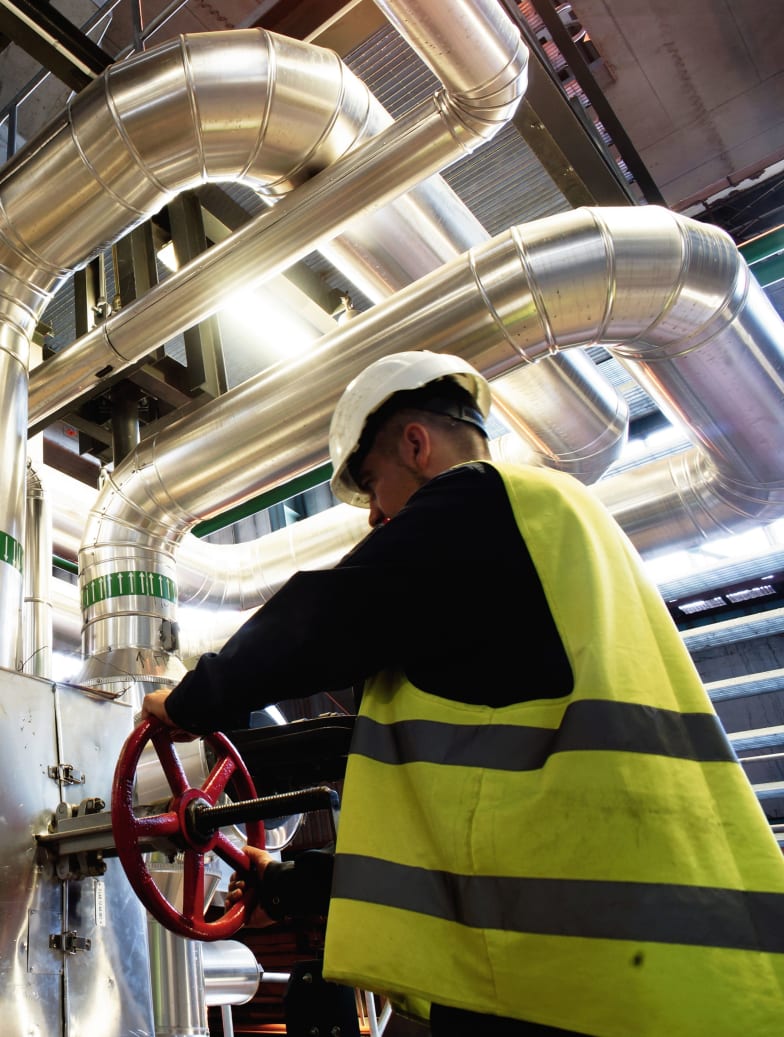 Even after you have the answers to all of these it’s wise to engage an expert (ideally a manufacturer) for advice; gas detection is too important to miss a finer point of your particular situation and choose an inappropriate type.

Of course the best protection against exposure to toxic gas is to prevent the toxic gas from entering the workplace in the first place, but as is so often the case, this is more easily said than done. When containing gas, it is important that we remember the properties of gas. Gas – as a state of a material – acts very differently than solids and liquids. According to experts in chemistry at Perdue University, “Gases have three characteristic properties: firstly they are easy to compress; secondly they expand to fill their containers; and thirdly they occupy far more space than the liquids or solids from which they form.” What this means for containment is that even a small breach in the containment vessel (tank, pipeline, etc.) can release high concentrations of gas in a very short amount of time. One key to containment is regular and complete inspections of the gas container using portable monitors to detect leaks and a rigorous Total Productive Maintenance (TPM) programme to ensure leaks are prevented before any gas escapes. Secondly, because gases expand to fill their containers, a room, poorly ventilated area, or confined space can reach toxic concentrations in a very short time. In addition to having alarms on these areas, companies should check these areas with portable detectors frequently and restrict access to these areas to essential personnel only. It’s also worth mentioning that the ventilation of an area can be effected by numerous factors so when it comes to containing gas, one can never be complacent about which areas may or may not contain lethal concentration of escaping gas.

Additionally, the inspection and calibration of gas detection devices (both fixed and portable) is essential. While one should always follow the manufacturer’s recommendations for calibration it is always a good policy to include calibration of all gas monitors on a TPM schedule. Also, in the event that the circumstances of your use of gas or the physical configuration of your site should change (or if someone has tampered with or modified a gas detection device in any way) it is essential to contact the manufacturer immediately to ensure that the device is still viable and appropriate in this new situation.

The time to consider how to deal with an emergency that has the potential to expose workers or the surrounding community is well before anything happens. In the case of a gas leak every second counts so a quick, decisive and orderly response is essential and this begins with a good Emergency Action Plan (EAP).

An effective EAP should include:

Having an EAP, while important, is useless unless all workers understand it and are able to execute the plan without hesitation. As previously stated, the EAP should be part of your safety training. Additionally, all visitors to the site should be provided with an overview of your EAP and how to respond to an alarm. Sites should have frequent practice drills in how to respond to an emergency. By having frequent drills workers become able to execute emergency procedures without even thinking. Drills also tend to allow workers to remain calm during an actual emergency and better able to survive and even avoid exposure to toxic gasses.

Phil La Duke is an internationally noted thought leader on worker safety, culture change, and organisational development. He is the author of the weekly blog www.philladuke.wordpress.com, and is a frequent guest blogger to www.monsterTHINKING.com, www.monsterWORKING.com, and www.safetyrisk.au.com. La Duke has been named one of the 101 most influential people in safety globally, is an editorial advisor and contributor to numerous prestigious publications. In addition to his writing credits, La Duke is a highly sought after speaker and consultant on safety and organisational change topics. Author of I Know My Shoes Are Untied. Mind Your Own Business. 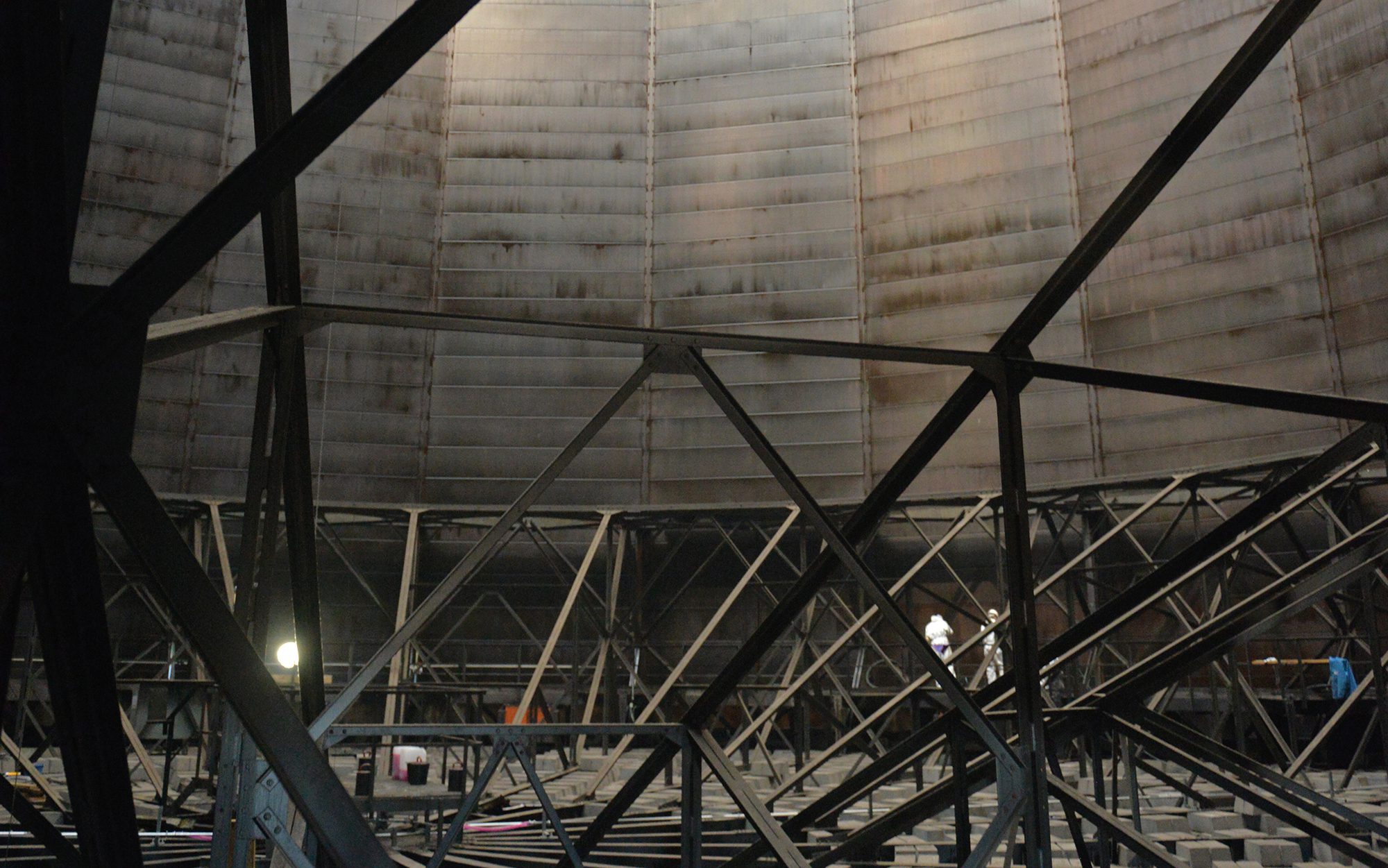 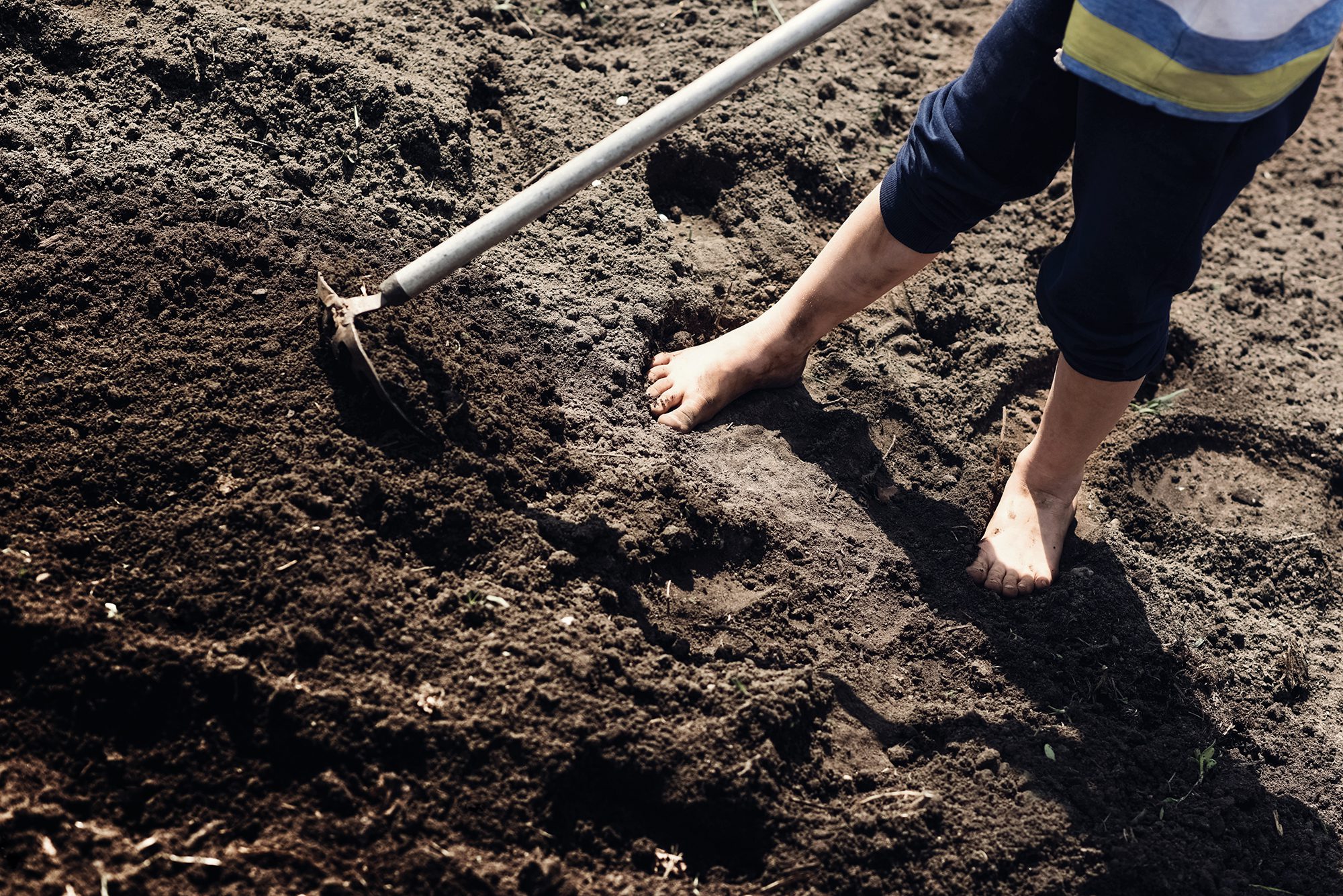 Footwear as a Tool

Safety is Always Above the Neck 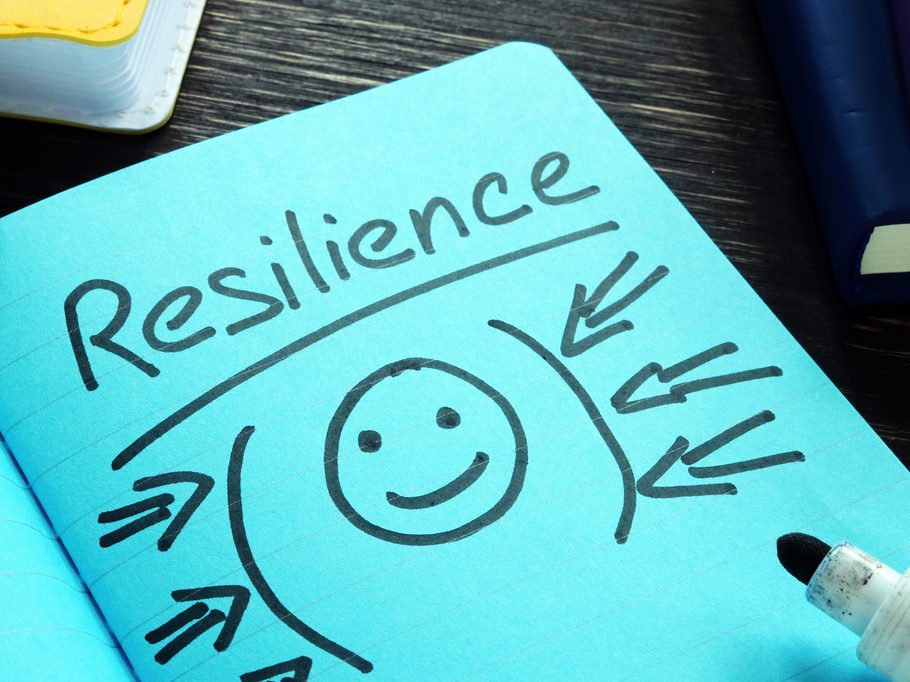 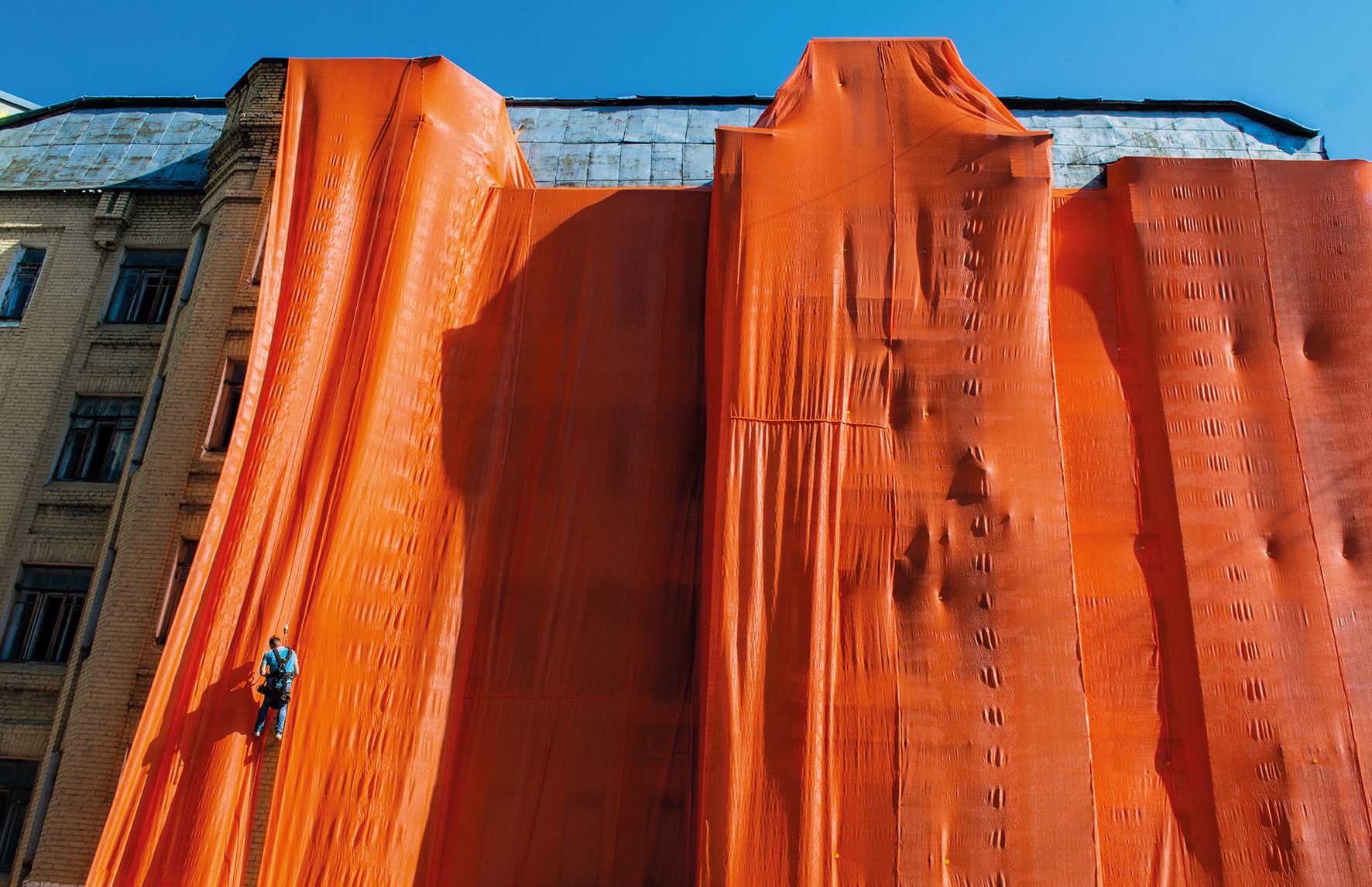 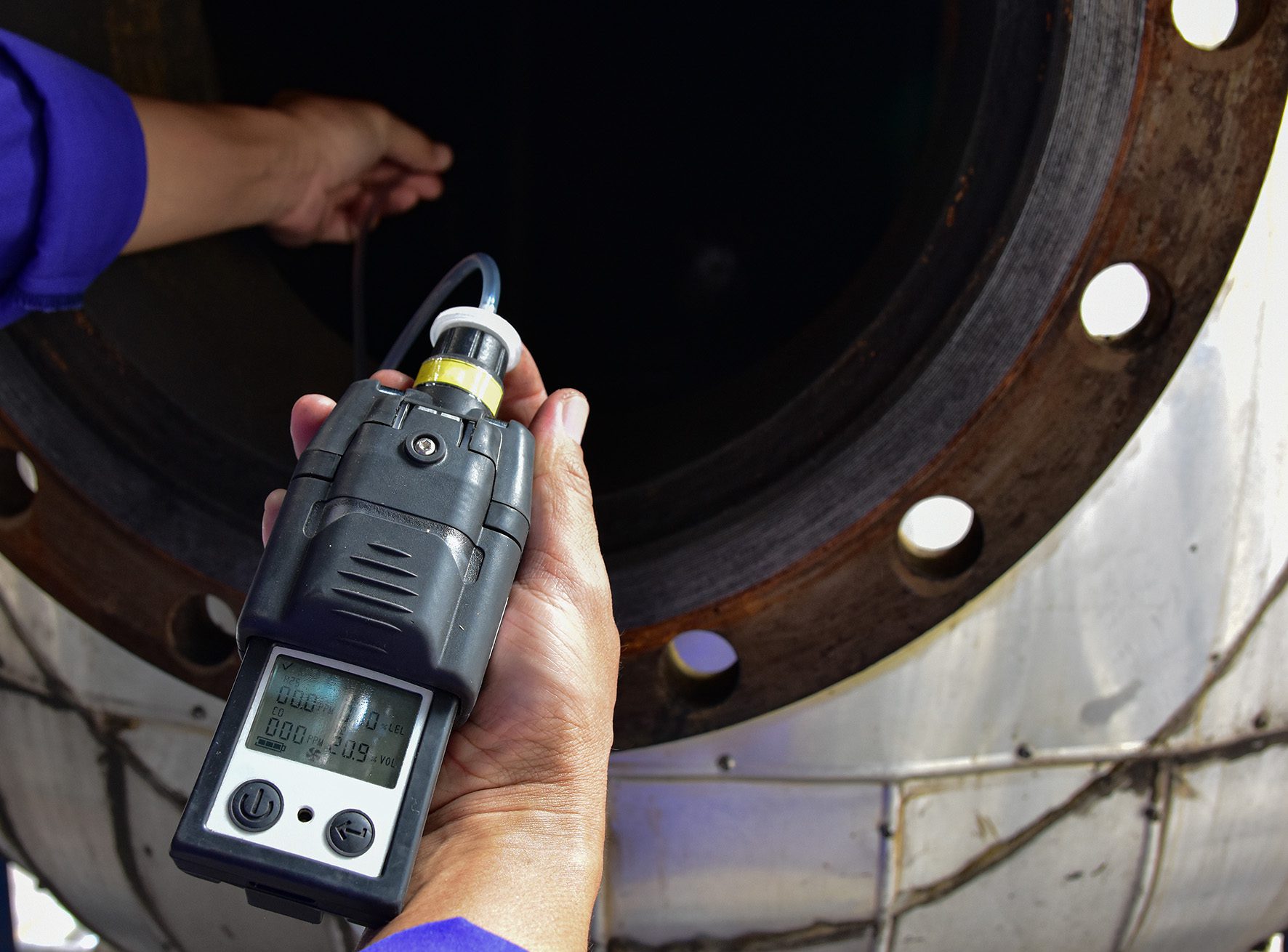