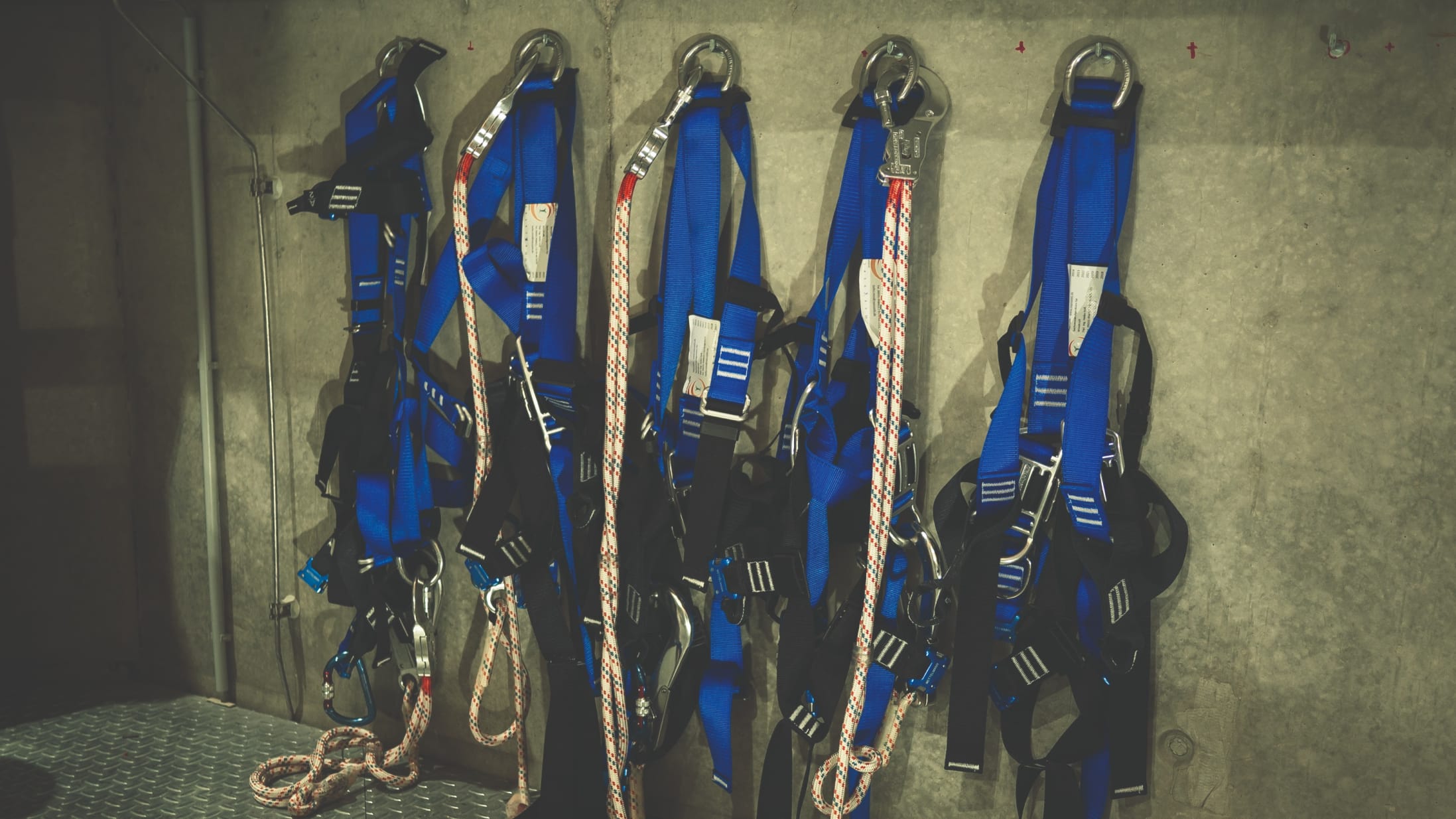 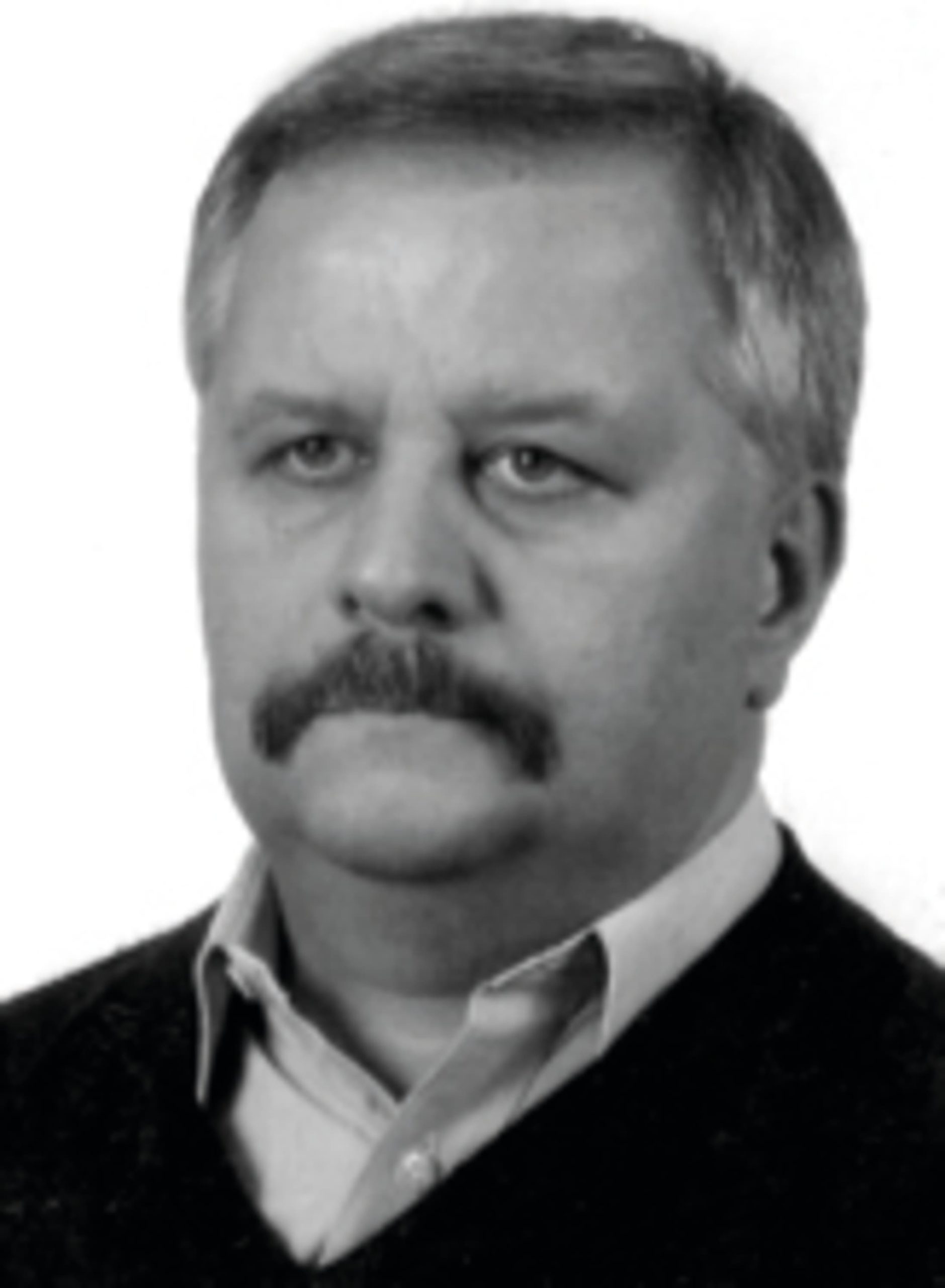 In this article, Dr Krzysztof Baszczynski explores the use of anthropomorphic manikins in the study of individual fall protection equipment.

The data published by the Central Statistical Office1 indicates that in Poland alone in 2016, there were in total 5,500 accidents associated with a fall from a height in the work environment. Among these, 32 were serious and 28 resulted in a worker’s death. This means that a fall from a height is one of the most dangerous phenomena encountered by people at their workplaces.

Increasing the level of safety of employees working in such conditions may be based on the appropriate organisational solutions, the application of collective protection measures or individual equipment protecting against falls from height. The use of personal protective equipment is one of the methods most commonly used in Poland in this area to protect the workers.

The basic tool used so far to test harnesses protecting against falls from height (e.g. full body harnesses, work positioning belts, sit harnesses) under fall arrest conditions is a rigid torso dummy, meeting the requirements of EN 364:19923. It is a manikin in the form of a human torso, with 100 kg mass, and the centre of gravity based on anthropometric measurements. It is used in dynamic strength tests, and in the case of full body harnesses for determining the position it assumes after fall arrest. 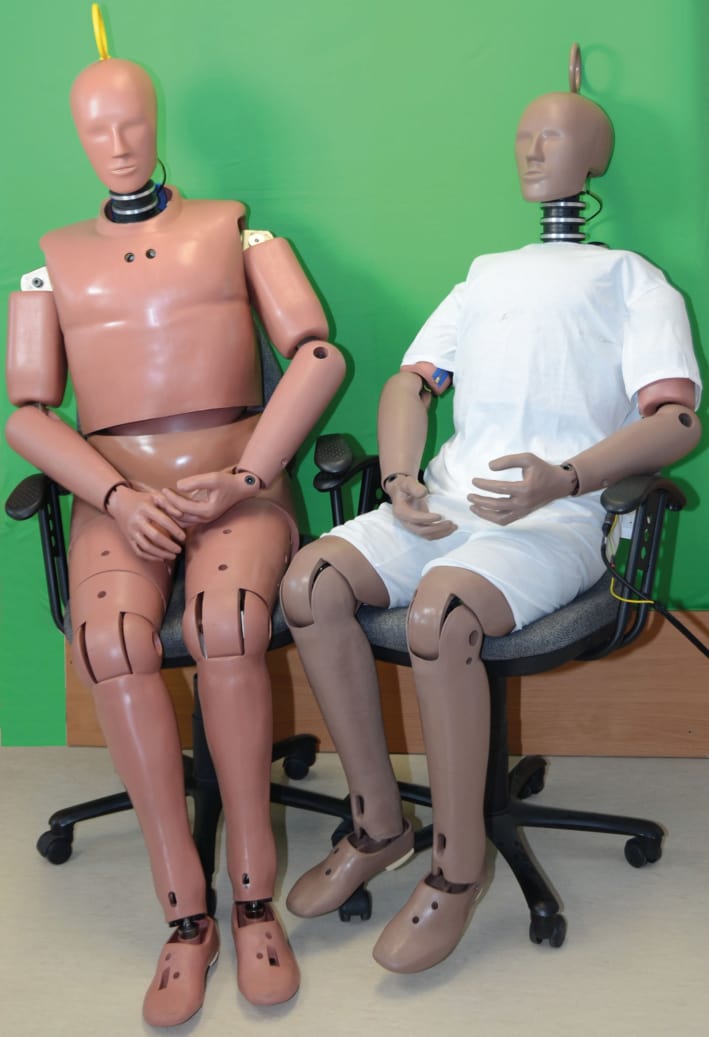 The manikin, due to its construction, deviates significantly from the human body in terms of mechanical parameters and therefore it is of little use for the study of the dynamic phenomena accompanying fall arrest by individual protective equipment.

Due to the importance of such tests and their indispensability in the development of individual protective equipment against falls from height, anthropomorphic manikins are a preferred choice.

As seen in Figure 1, the two types of anthropomorphic manikins looked at in this article, are:

Such manikins constitute standard equipment of laboratories conducting safety tests related to the automotive industry, aviation, sports, etc. In the CIOP-PIB laboratory these manikins are equipped with a data acquisition system enabling the measurement of the head, chest and pelvis accelerations in three orthogonal directions, forces and moments of forces in the cervical and lumbar segments of the spine, chest deflection and forces and moments of forces in the forearms, arms and thighs.

Figure 2: The anthropomorphic manikin on the test stand prepared for initiation of the fall

The manikins are an element of the test stand, whose main components include: 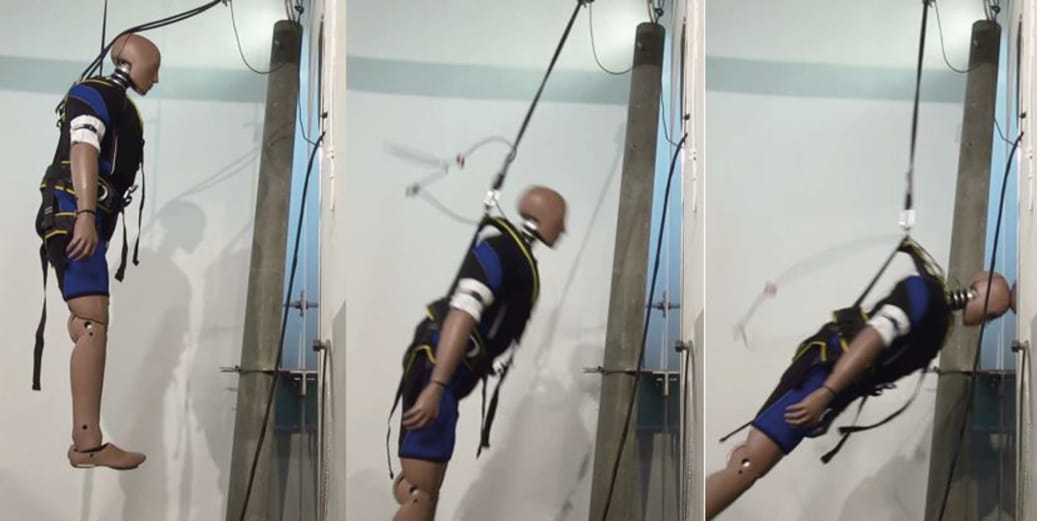 The equipment presented was used in the research conducted at CIOP-PIB in 2016 – 2017, the main purpose of which was to determine the mechanical phenomena accompanying the fall arrest, which terminated with a swinging motion of the falling subject and consequent collision with an obstacle within the worksite. An example of such a phenomenon is presented in Figure 3.

Fig. 3: Swinging movement of the dummy during the fall arrest and its ultimate collision with a flat obstacle

Thanks to the use of an anthropomorphic dummy, the conducted tests made it possible to analyse the causes of the swinging movement during the fall arrest and to detect its most dangerous cases. Owing to the obtained results, among others, basic requirements for protective helmets designed for simultaneous use with individual fall protection equipment were formulated. 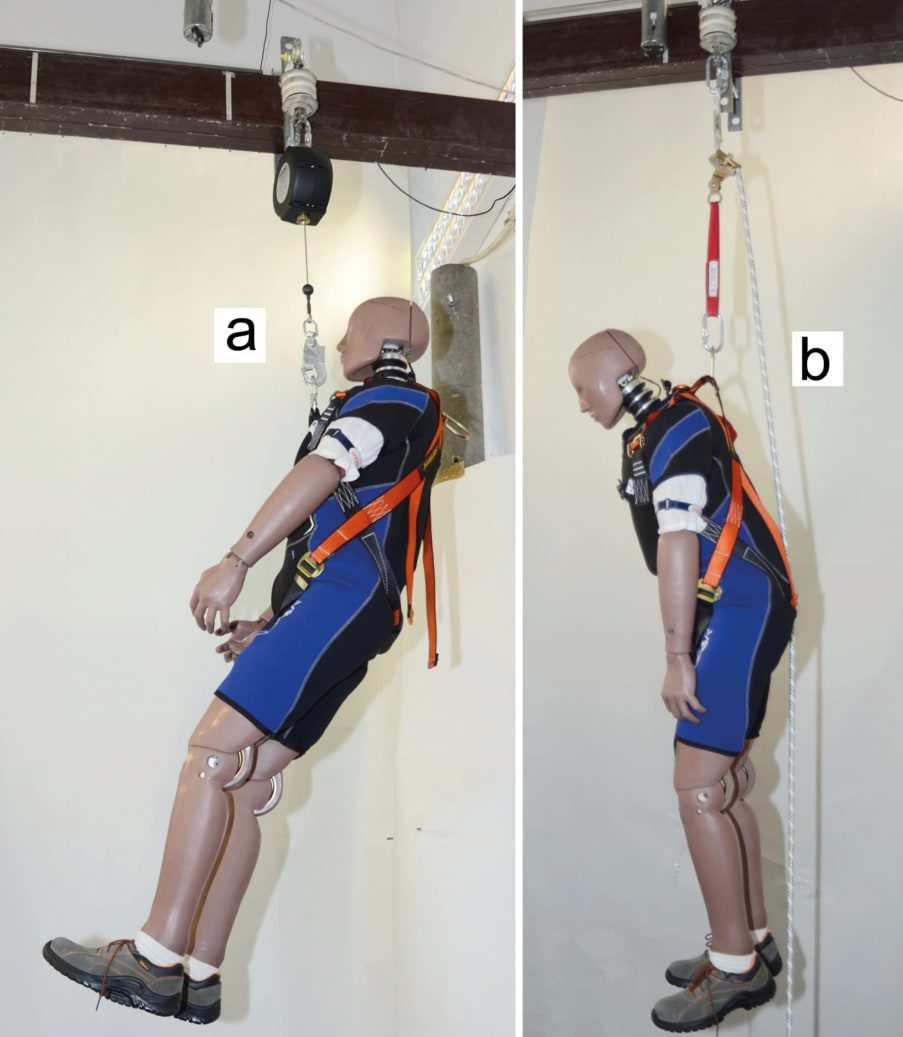 Anthropomorphic manikins are the main measurement tool in the research undertaken at CIOP-PIB in the project implemented under the fourth stage of the multi-annual programme designed to improve labour safety and working conditions, scheduled for 2017-2019. The main goal of the research is to identify the dangerous phenomena accompanying the fall arrest, which are not detected by the standard methods of testing protective equipment. That will allow creation of improved assessment criteria and methods of testing personal protective equipment against falls from height, enabling the development of new safer designs.

The anthropomorphic dummies in the CIOP-PIB laboratory were also be used in studies of the operation of detectors of safety harness overload. As a result, the correctness of the detector function indicating the necessity to withdraw protective equipment from use was confirmed. 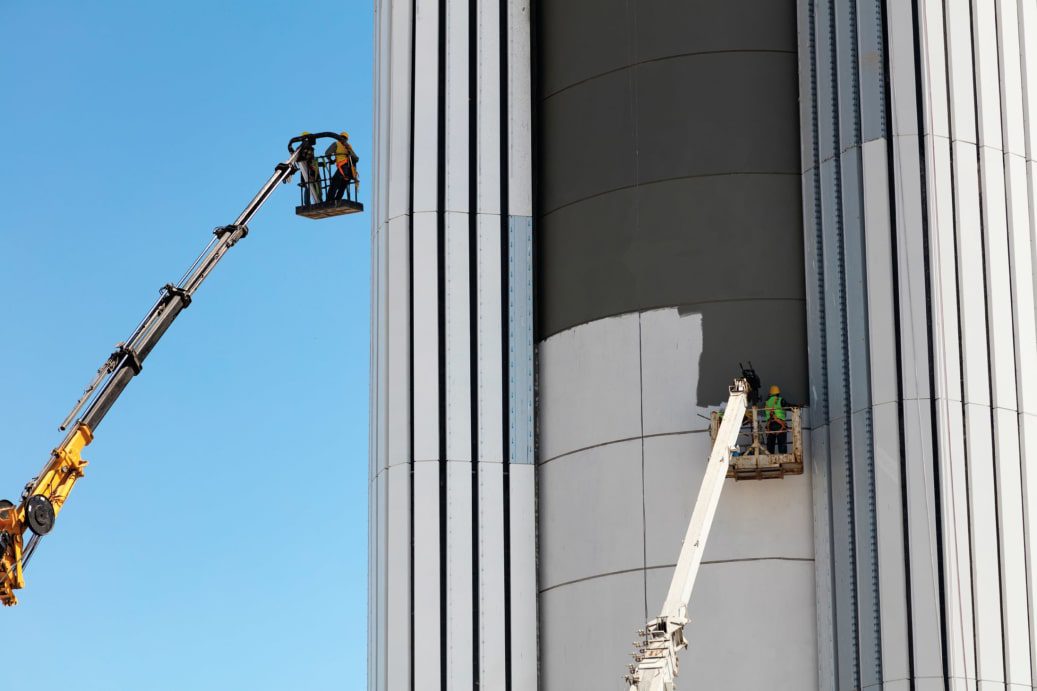 The presented examples of the use of anthropomorphic manikins in the study of individual fall protection equipment show that they are a very valuable research tool. Thanks to their design, they allow you to approximate the real phenomena taking place during the fall arrest, and thus to better predict the dangerous situations. The use of anthropomorphic manikins can provide very valuable data necessary in the design of new constructions to protect against falls from heights.

Dr Krzysztof Baszczynski is the manager of the Laboratory of Safety Helmets and Equipment Protecting Against Falls from a Height in the Department of Personal Protective Equipment of Central Institute for Labour Protection – National Research Institute (CIOP-PIB). He received MSc degree in electronics in 1985 and PhD in 1994 from the Technical University of Łódz, Poland. Since 1985 he has been working in the Institute.