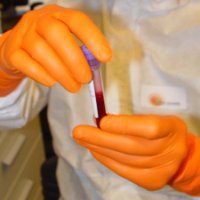 With the current media interest in Natural Rubber Latex Allergy (also known as Immediate Type Hypersensitivity, Protein Allergy or Type I), it was possibly only a question of time before the focus moved also to Allergic Contact Dermatitis (also known as Type IV, Delayed Hypersensitivity or Chemical Allergy).

These days most testing for residual accelerators is done through aqueous extraction (either distilled water or phosphate buffered saline solution extraction) using HPLC. Phosphate buffered saline solution (PBS) is often favoured, as it may better replicate the “sweaty” palm experience of the laboratory. However aqueous extraction is relatively weak and at low detection levels only MBT and MBTS are likely to be detected. As an example while the detection limit for MBT may be as low as 3ug/ml, in the case of methyl, ethyl, butyl and pentamethylene accelerator fragments this could be as high as 20 to 30 ug/ml. Likewise the choice of TLC or HPLC does have a bearing on residual accelerator analysis with each possibly favouring different types of accelerators. In recognition of the shortcomings of each methodology, more aggressive extraction with acetone was also conducted with HPLC and TLC. Whilst it is acknowledged that acetone extraction may not be representative of the laboratory setting, it would complement the PBS extract analysis in answering the question whether accelerator-free gloves contain residual accelerators. With regard to acetone extraction, it should be noted that TLC is more sensitive to methyl, ethyl, butyl and pentamethylene accelerator fragments, whilst HPLC is more suited to MBT and MBTS.

The sample size of three accelerator-free gloves reflects the relative scarcity of these products on the market. Whilst the neoprene glove showed undetected levels of chemical accelerators even against aggressive acetone extraction, this may not mean that the gloves are entirely accelerator-free. A possible explanation is that the traditional methods for detection of accelerators were not adequate for detecting a different family of accelerators. Additional testing based on HPLC with Mass Spectrometry might provide some further clues as to the presence of accelerator fragments.

In view of the mixed results on the three accelerator-free gloves, a range of standard nitrile, neoprene and latex gloves were also tested. Some of these gloves make a claim of “Low dermatitis potential” and/or low residual accelerators, which might suggest that some testing had been carried out to support this claim.

The results once again confirm the higher level of sensitivity of TLC for detecting methyl, ethyl, butyl and pentamethylene accelerator fragments, whilst as earlier mentioned HPLC is more suited to MBT and MBTS. However if the standard method of detecting residual accelerators is used (i.e. aqueous extraction with HPLC), then only two gloves revealed accelerator fragments and not surprisingly these were MBT and MBTS. If we were to rely solely on this method, then it would appear that most of these standard gloves are little different to the accelerator-free gloves. Indeed so long as manufacturers exclude MBT and MBTS from their manufacturing process, then there may be limited prospect of aqueous extraction by HPLC detecting the presence of accelerators.

Specialties:Boundary spanning – through managing complex and ambiguous inter-company and intra-company boundaries, as demonstrated from 30 years of successful business-to-business management 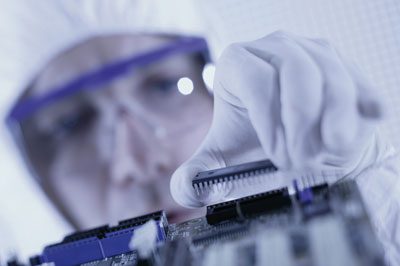 If My Hands Could Speak